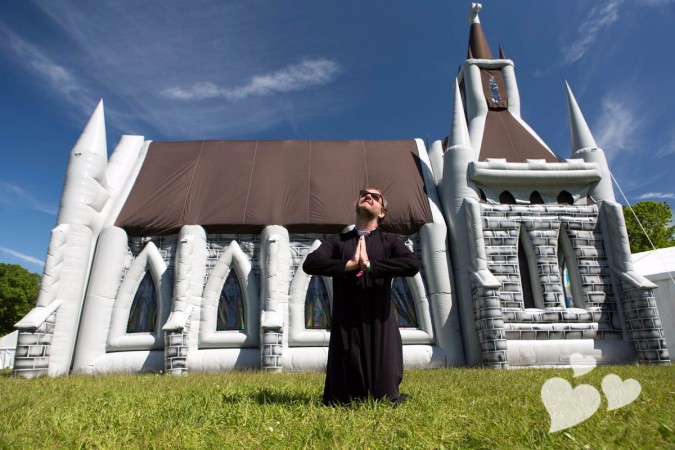 Having switched from the city centre to make spectacular premiere at Eastville Park in 2015, Love Saves the Day is about to do it all over again. The late May bank holiday weekend will witness one of the best city festivals out there, boasting a top line-up of live acts and DJs. So long as the sun shines, it is set to be another bumper year, and to get your head around the treats on offer we’ve compiled a list of who to see at Love Saves the Day 2016.

Hot Chip have been bossing the alt-electro-pop scene for almost two decades now, and have so far staved off any kind of decline. Recent material, including the single ‘Huarache Lights’ from 2015 album Why Make Sense? stands up with their earlier stuff. Even better, their live shows are brilliant, with the band always ensuring they reel off a greatest hits show – ‘Over and Over’, ‘Ready for the Floor, ‘One Life Stand’ – to keep the crowd pumped.

Slix Disco is a Bristol institution, serving up regular homages to both disco and the infamous Slix takeaway on Stokes Croft. Expect floor/grass-filling sets from residents Admin and Harri Pepper. Even better, Slix Disco is playing the Shambarber stage, always the best spot for gender-bending glitter-splattered hedonism.

Roman has long been one of the biggest names on the German electronic music scene, having been active since the early 1990s. Classic tracks like ‘Wilkie’ and ‘Hachinoko’, as well as more recent releases such as ‘Teenage Engineering’ should ensure that the Paradiso tent is rammed with techno-dazed revellers.

The first jungle breakbeat superstar, Goldie will be following up his remarkable tour with the Heritage Orchestra last year by taking the opportunity to celebrate the 20th anniversary of his seminal album Timeless. Expect something a little bit special from his set at Arcadia Afterburner.

Check out the full line-up here