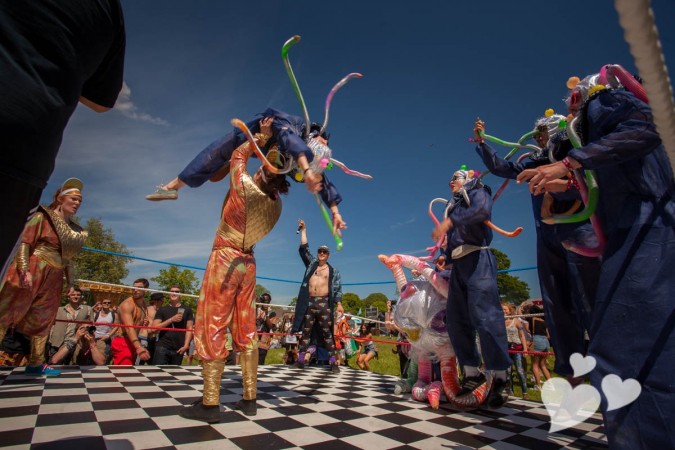 Having relocated from Castle Park to the more expansive Eastville Park, Love Saves the Day is fast becoming one of the best small festivals in the country, and certainly a mainstay of the burgeoning Bristol summer season. We took off to the park to see what this year’s line-up had to offer.

While most festivals are improved immensely by amenable weather conditions, Love Saves the Day is is veritably brought to life in the sunshine. The sight of clear blue skies and the first scorching day of the summer was enough to make the first day of this superb festival a real beauty.

As a warm-up, K15 on the Brouhaha stage dealt some shimmering treats for those just building up to full-on festival fever. Bathed in vitamin D and lubricated with craft beer, the lush grass was scattered with lolling youth. Maxxi Soundsystem and Leon Vynehall on the Apocalypso stage provided the first real dancing opportunity of the day, as the punters streamed into the park and the beefcakes started showing off their permatanned pecs. 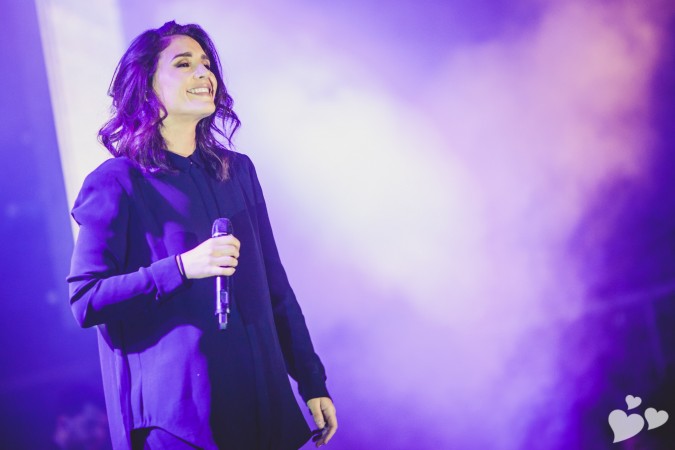 As city festivals go, Love Saves the Day entices and fosters a more exuberant and amiable crowd than most. Glitter and other powdery substances were the order of the day for most revellers, as a trip to the dub-heavy Dance-Off ring attested. Groove Armada on the Main Stage drew the biggest audience so far, while those wishing for a bit more space to drop some shapes shifted back over to Brouhaha, where Dyed Soundorom played a succession of upbeat and highly dancable belters.

As night fell the only place to be was at Shambarber, the boys from barbershop having constructed a highly impressive Temple of Lust stage, complete with red-lit windows for dancers. This provided the perfect way to end day one, as Waifs & Strays laid down a succession of beautifully floaty house tracks. 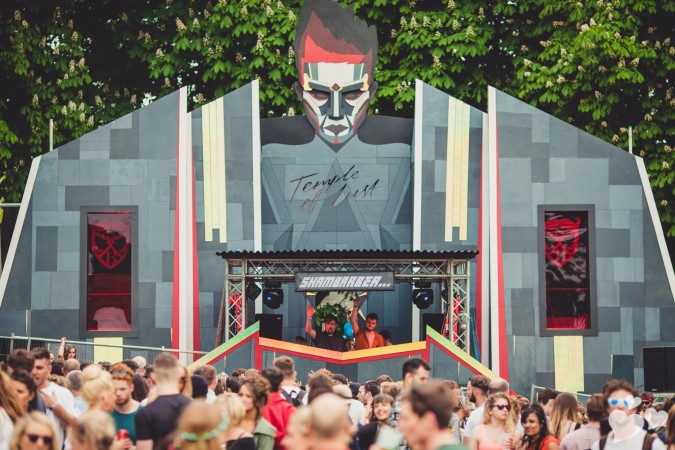 While Saturday served as an appetiser, Love Saves the Day held their main course back for Sunday. With Eastville Park once again bathed in sunshine, Loyle Carner treated the arriving crowd to some hip hop on the Brouhaha stage. Meanwhile, over at Bump Rollerdisco Christophe soundtracked cracked knees and body pile-ups with sensual disco.

If Shambarber once again proved that their tucked away stage was love central, with People Like Us continuing to provide amorous house, then the Main Stage was the only place to be as the sun’s heat reached maximum. Hip hop grandee Grandmaster Flash, clearly a man who is easily distracted, played a rapid-fire succession of all-time greats, from House of Pain to Coolio via Bob Marley and his own masterpiece, ‘White Lines’. Never a man for subtlety, his method is simple – excite the crowd with 40 seconds of a great track, implore them to “make some noise!” and then scratch into yet another great track. 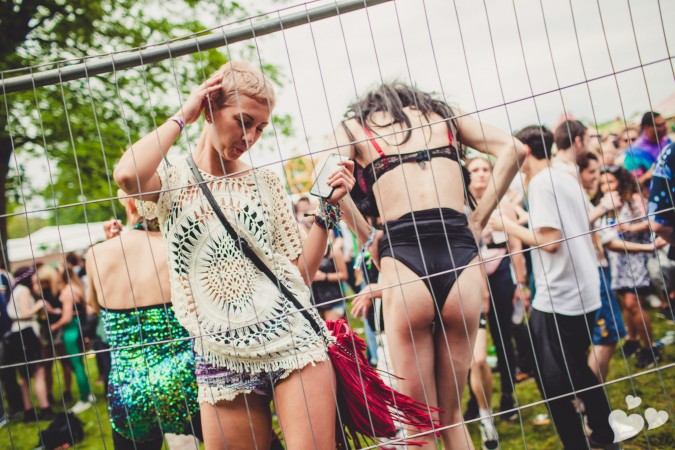 As the heat of the day died, Paradiso tent provided the perfect place to nest, as they brought forward a heavyweight sparring bout between three DJs who could all lay a claim to be the best of the best. First up, Floating Points cleared out the riff-raff with K Frimpong & his Cubano Fiestas before reaching the pinnacle with his own ‘Nuit Sonores’. Rarely off his game, Floating Points has risen rapidly to become perhaps the most nuanced DJ of his generation.

Following Floating Points came a lesson in techno from Daniel Avery, presiding over the decks like a dispassionate therapist, before ever-incredible Four Tet closed the night. The only surprise was that the tent was not more rammed, with many punters instead choosing local drum ‘n’ bass legend Roni Size over on the main stage.

Love Saves the Day promised much, and entirely delivered.