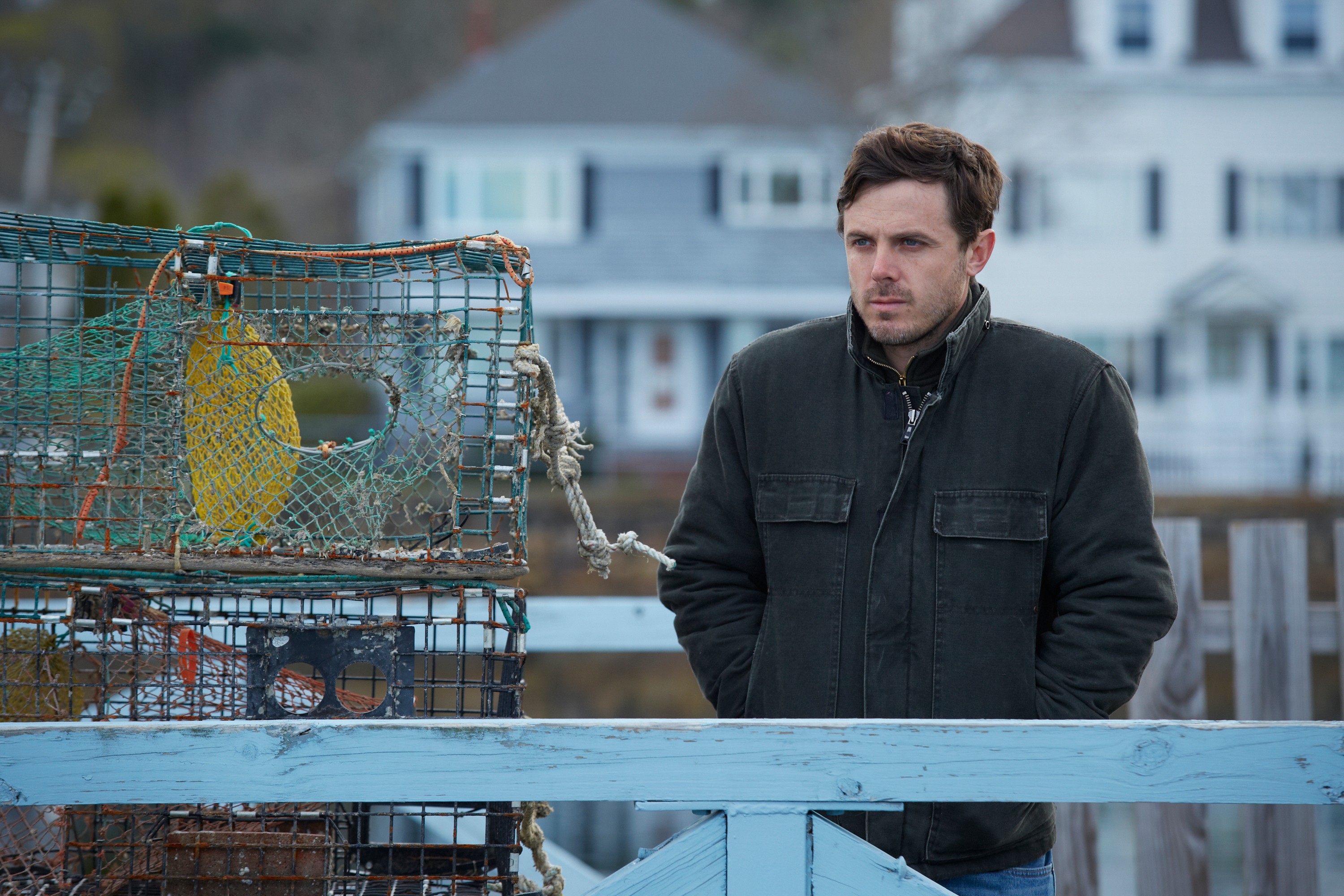 Manchester by the Sea was a film that, for the last few months, I was completely apathetic about. I remember it slowly creeping up, how positive reviews turned to great ones to eventually almost universal acclaim. The occasional mention of how Casey Affleck is a potential oscar-nominee would crop up on my newsfeed in some way. There were some suggestions to watch writer-director Kenneth Lonergan’s previously lauded films You Can Count on Me and Margaret just to “catch up” so to speak. But for some reason I didn’t really care that much.

To me it just looked like a fairly decent but unmemorable “oscar” movie that’s arrived just in time for awards season, and this one’s particular theme was grief. The poster is just Affleck and Michelle Williams standing around looking all dramatic. Apparently the story concerns volatile janitor Lee Chandler having to return to hometown Manchester-by-the-Sea, Massachusetts to take custody of the 16-year old son of his late brother.

But when I finally sat down to watch it, I had no idea I was about to watch one of the most refreshingly original takes on grief and its aftermath, family and its place in society and the odd quirks and inconsistencies of character that happen in actual reality rather than the reality we’re usually presented with in films.

The use of this “actual” reality is where the strength of the film lies. It anchors everything within it – be it the performances of the actors, the editing of the film, the way that the story unfolds before us and in the themes that are presented to us. It’s fascinating in how its done because while it’s by no means a film that feels like a documentary, there’s an authenticity that seems to eschew traditional Hollywood convention.

There are no archetypes, no tropes or predictable story beats. Unlike, say, a Linklater film such as Dazed and Confused which screws with Hollywood convention by playing with our perception of time to create a sort of lazy ennui (which then subsequently feels “real” by film standards) Manchester by the Sea feels more realistic due to a grounding in a stark and sometimes literally cold surrounding. This isn’t an idyllic Texan afternoon full of larger than life characters.

The way that it occasionally holds a scene just a second too long, focussing on people who are not directly pertinent to the main storyline, reminded me of the Italian neorealist style from the 40s. Furthermore,the film has a sense of humour that feels earned. There’s no cheap gags or self-aware moments, it all comes organically from the story and characters. Of course, a lot of this is down to the performances within.

The performances are informed by this realism, with many dialogue exchanges punctuated by stammers, mumbling and pregnant pauses. Affleck brings a blue collar sincerity to the character of Lee Chandler that seems to be in the vein of Brando, while relative newcomer Lucas Hedges similarly captures the feeling of being an actual 16-year old, with a great mix of understanding, cockiness and vulnerability.

Michelle Williams is expectedly great in her role, bringing life to the troubled character that she plays, though possibly my largest criticism of the film would have to be its waste of females actors and characters. However in spite of that, her screen time is always a joy when she appears. Kyle Chandler rounds out the main cast as older brother Joe, whose absence in the film is palpable when he’s not onscreen. The rest of the supporting cast are brilliant as well, and its depiction of small town life is so genuine, it almost feels like a familiar story. That maybe you’ve met these people before, or at least people like them.

Manchester by the Sea is a heartfelt and tragic story, one that I’m certain will require tissues for many audiences. Its sincerity, mixed with its presentation is a triumph, and one that I hope gets recognised in the awards circuit. I know awards aren’t everything, but they represent an ability to reach a wider audience, and this a film that I genuinely believe people should see. Grumblings about the female characters aside, I think Lonergan and co. have made a brilliant drama that I see being studied and talked about for years to come.