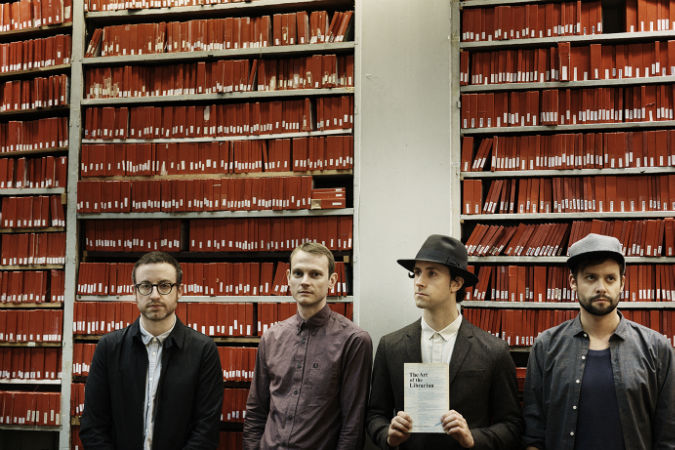 This month we’ve teamed up with our pals at O2 Academy Bristol to bring readers of The Fix another exclusive ticket giveaway. In the past year we’ve offered up tickets for an eclectic bunch of acts including Ellie Goulding, Travis, The Stranglers, Adam Ant, The 1975 and Ocean Colour Scene and as we venture into 2014 we hope this continues. This month we’re giving away tickets for the North East indie rockers Maximo Park, who play at the venue on Friday 7th March as they tour in support of their fifth album ‘Too Much Information’. Following 2012’s critically acclaimed ‘The National Health’, Maximo Park’s new material is said to have seen the band reach new heights in their remarkable songwriting and sonic experimentation. From the beautiful weirdness of “Brain Cells”, to the poetic “Leave This Island”, and the refined rock of “Give, Get ,Take”, ‘Too Much Information’ sees the band challenge the listener with some of their most adventurous musical and lyrical work to date. Of course, on 7th March you can expect to hear those and all the classics including “Apply Some Pressure”, “Grafitti” and “Our Velocity”. To have a chance at winning submit your answer to this easy question: What is the name of Maximo Park’s 2005 Mercury Music Prize nominated debut album? Contact us via our Facebook or Twitter profiles to give us your answer. Alternatively, email us at contact@thefixmagazine.com
Follow @Thefixmag
Recent Posts
We Like You…