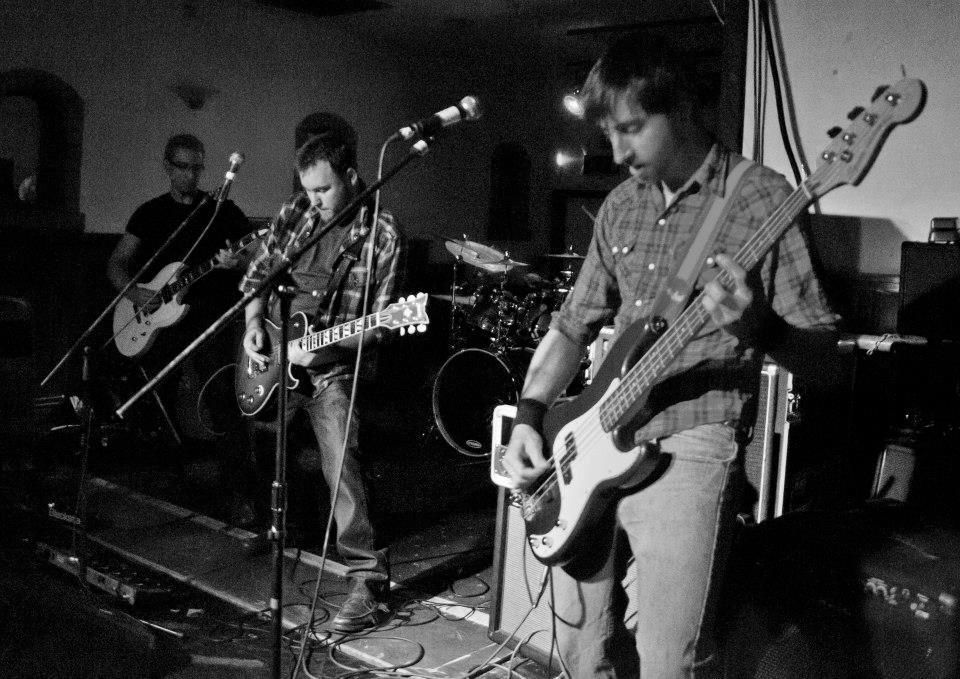 Ahead of gigs over the Easter weekend and later in April, Arran Dutton of The Fix caught up with Dan Russell, the frontman and lead guitarist of rock band My Story, to find out a little bit more about the band and his personal vision for promoting music in the Street and Glastonbury area of Somerset.  How would you describe your style of music to readers who are unaware of My Story?
My Story is a guitar driven melodic rock band. The music can range from acoustic based singer/songwriter type music to hard hitting down tuned rock, however the emphasis is always placed on keeping it melodic and pleasing to hear.
Which artists, if any, would you say have influenced My Story as a band?
Each member of the band comes from a very different musical background, so we take aspects of each members likes in to our songs. This includes classic bands such as Sabbath and The Sex Pistols but bringing in a much more modern sound from bands like Periphery and Alter Bridge.
Can you give us some of the backstory of the band? My Story was formed around 6 or 7 years ago now when we were back at college. At the time we were playing 2 – 3 gigs a week and all over the south of England. We managed to keep that going for a couple of years before we decided to take a break and pursue other musical interests. Geraint [Coll] moved to Exeter to study art, I took a music course at college and the singer at the time settled down to family life with his now wife.
A couple of years ago Geraint and I decided it was time to start the band back up again and recruited some friends of ours, Sam Boughen and Al Hilton, and now we are back to writing, gigging and recording!
You have the gig at The Unity’s (Street, Somerset) open day coming up on March 31st. What can audiences expect and what else is coming up for the band?
We will be doing a set of quite a few of our songs. Other than this we have been hard at work recording in Up And Coming Studios with Sam Boxell to ready to release our EP entitled ‘Everything’, so we are quite excited about that. We have a few more gigs coming up including a headlining slot at Strode Theatre on April 30th at a Blackstar Amplification event and at the Louisiana in Bristol soon after.
On a personal level I understand you are looking to contribute to the revitalisation of the music scene in Street, which is something you’re looking at doing alongside your colleague, Keith Wilkinson, at Jaywalk Guitars. Can you tell us more about your ambitions?
There are a lot of music fans in Street and there are several pubs and a night club in the town, however no one seems to have much to do with wanting to have live music. This is something I have found very strange! I’m in the middle of talks with a few venues in the area, not just in Street, about running some Jaywalk Guitars gig nights, hopefully to give a showcase to local bands and give them an audience and a local outlet for their music.
Who else do you enjoy watching from the local music scene and beyond?
I’m a fan of all kinds of music personally. I quite enjoy going to lots of the local open mic nights and seeing all the guys that you don’t normally get to hear at gigs. Band wise, I’m a big fan of the guys in Awaken The Silence and have some great friends in Flipron and Domino Fire. Beyond….. I love gigs, you can’t beat that feeling of loud live music. * Domino Fire are playing at The Riflemans in Glastonbury on Friday 5th April with support from Bath based A Life In Orange. Details on their official Facebook page: http://www.facebook.com/dominofiretheband?fref=ts
It’s obvious that music is important to you, but what else interests you?
For me personally, I studied music at college, I’ve been in bands ever since and I also play in a covers band called Too Loud, my day job is working in a guitar shop, so music is all I have time for! Maybe one day I’ll get in to knitting or something.
Finally, what has been the highlight for My Story as a band?
I don’t think there has been any real highlight, we’ve been going for so long and we just love performing. If it’s for 20 people above a KFC or in front of 2000 people in a field, we just love being out there and playing! To find out more about My Story and listen to tracks visit www.facebook.com/mystoryband and www.reverbnation.com/mystory
Follow @Thefixmag
Recent Posts
We Like You…