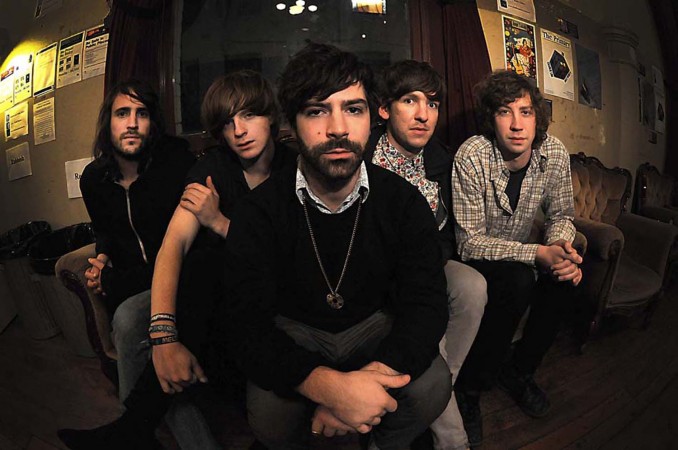 Foals – ‘Mountain At My Gates’

With new album What Went Down only a couple of weeks old and reports of an intimate launch party at Village Underground being so sought after that distraught fans were apparently offering up their own kidneys in exchange for tickets, a certain buzz currently exists around the Oxfordshire rockers. From the catchy shuffle of its strummed opening, to its hypnotic guitar riffing and Yannis Philippakis’ impassioned chorus vocals, here is ample evidence that this buzz is not likely not to subside any time soon.

Great song but the video’s also mightily impressive. The first visual experience of its kind to be made with goPro Spherical virtual reality technology, the viewer is able to panoramically manipulate the already quite trippy footage at their choosing. Pretty cool eh? Go on kids, ingest some DMT and see how many images of Philippakis you can see on the screen at one time.

Director’s cuts usually result in the inclusion of ultimately pointless scenes which were taken out to ensure the duration of the original film didn’t exceed five and a half hours in length. You know, scenes where minor characters walk into rooms only to forget why they actually went in there in the first place. Stuff like that. However, with the term being used as the suffix for the Deluxe version of Marling’s 2015 album Short Movie, here is an instance of a ‘Director’s cut’ being really rather a good thing.

This alternate version of ‘I Feel Your Love’ leaves behind the relatively gentle, acoustic driven folk of the original and instead replaces it with a swaggering soul-infused slice of moody rock. With its urgent drums, bluesy riffs, heavy bass and Marling’s increasingly assured vocals, here is a cut that deserves repeat viewings.

After the song’s initial success as a dance floor hit in 2009 and its subsequent re-release in 2011, the Canadian dance merchants are at risk of bleeding dry the exhausted well that is ‘Reckless With Your Love’. The video here is actually taken from one of the track’s previous incarnations but, such is its loopy intrigue, I just couldn’t resist.

Firstly, we see the ridiculously motley crew of musicians cram into a lift; there’s DJ Jazzy Jeff, a solitary Blues Brother, the result of Bluebeard copping off with a Hells Angel and an emaciated Arsenio Hall in full Coming To America, Zamunda garb. The Arsenio-a-like is actually of such waifish androgyny that he makes Ziggy-era Bowie look like an unshaved Ray Winston gurning on angel dust.

Elsewhere in said lift we witness a shiny armadillo, an anthropomorphic cuddly toy and a long daisy chain of homo and heterosexual lip smacking. All before some giant mythological goat-man hybrid picks apart the building and sets it alight. Obviously.