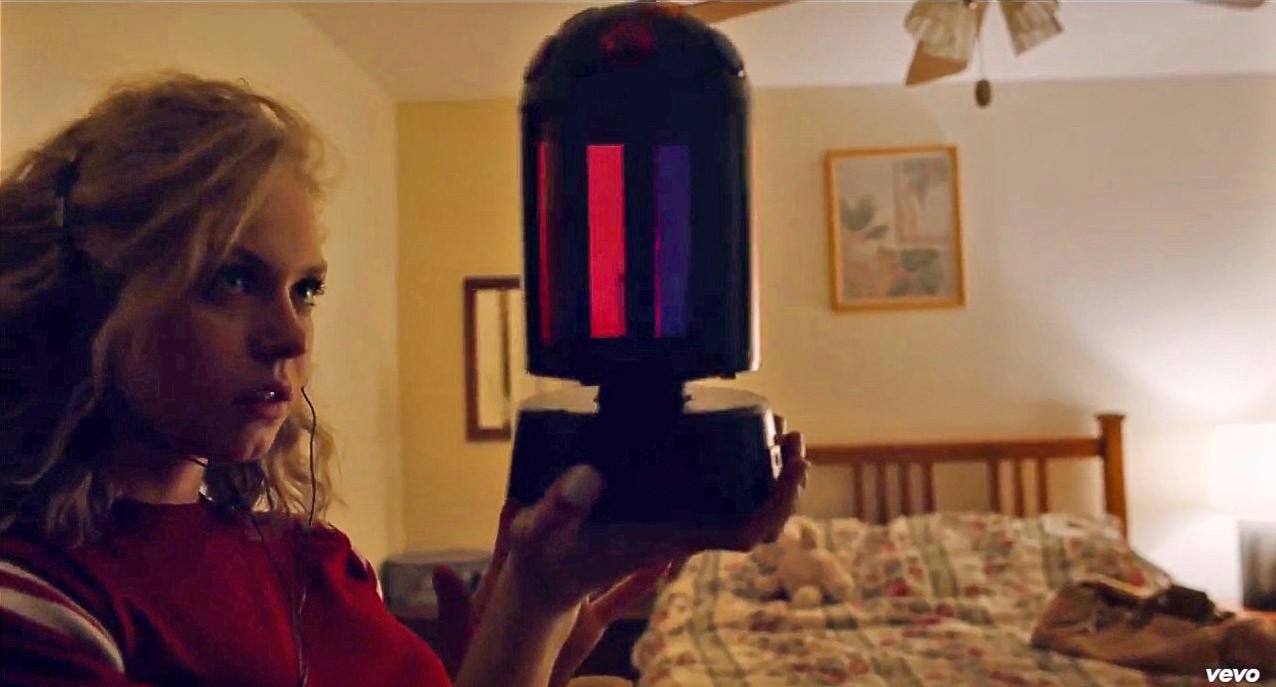 First up this week is the the biggest 80s throwback since Sly Stallone gathered his bunch of fellow geriatric goons for the fifth instalment of the Expendables franchise. As if the drum machines, swirling synths and orgiastic backing vocals weren’t enough to convince us, Flowers goes the whole hog in demonstrating the retro nature of this track by having it wrapped into a cassette to be played in the 14 ounce Sony Walkman TPS-L2.

For the video, besides watching a housebound young woman listen to Flowers through the aforementioned Walkman, we see just how suitable ‘Lonely Town’ is for soundtracking a whole range of everyday tasks. From hanging up laundry to putting out the bins, gobbling peanuts and microwaving underwear, Flowers has put together the perfect song for all seasons. What isn’t shown in the video is our protagonist locking herself in the bathroom to neck an industrial amount of Quaaludes, an act which results in her staring mindlessly into shit disco lights for an eternity, long after Flowers has stopped singing.

Originally inspired by the studio shenanigans of Jimmy Tarbuck, which led to the entertainer being dramatically kicked off the 2006 series of Strictly Come Dancing, Ciara’s ‘Dance Like We’re Making Love’ encourages listeners to take on some disco daggering without the protection of a gusset. Featuring some electronic boops and clicks, Ciara earnestly requests that the man in her life starts sweating and gyrating to the extent that she can feel his “nature rising”, a metaphor which my doctor tells me is referring to the billions of bacteria that thrive on a perspiring perineum.

With a video that cannily advertises Ray Banos sunglasses and shows a clearly flustered Ciara undergoing a heat stroke in a well watered rose garden, this single ticks the boxes for both fans of ripoff shades and keen horticulturists. Unfortunately, it is let down by the line “let’s dance like we’re making babies”, which is surely enough to put any man off. For one thing, if Ciara is like most women, her ovulation schedule will only allow for the kind of reproductive intercourse she’s wanting for around 5 days in an a month, roughly 12-14 days before her period starts.

Following in the footsteps of luminaries like Pink Floyd, Kavana, AKA Anthony Kavanagh, has decided to put his inner turmoils onto tape. In the case of latest single ‘De Ja Vu’, this is his inability to discern between present and past states of being, a condition that was brought on by his tumultuous stint in the fifteenth series of Celebrity Big Brother. “Are you a de ja vu?” Kavana ponders as he tackles everything from his morning brew to a woman he saw in the dairy aisle of his local Morrisons.

Surprisingly, the sombre nature of the song is belied not only by the upbeat 50s bop of the backing track, but also by the scenes we witness in the video for it. As Will Young’s brother Barry takes on bass guitar duties and our lead singer croons away in a sparkly jacket few have been brave enough to wear since Gary Glitter’s indictment, we see a gaggle of overexcited girls storm the Bognor Regis town hall to dance merrily along to Kavana’s mental anguish. Then, one-woman industry Katie Price gets off with a man twenty years her junior in what must be the least ironic cameo appearance of all time. In the final scene, Kavana sidles over to a young reveller in order to cop a feel, only for the damsel to fall asleep due to lack of interest. Seeing as Kavana came out as gay in 2014, we can only assume that this desire for young female flesh is side effect of his chronic de ja vu.