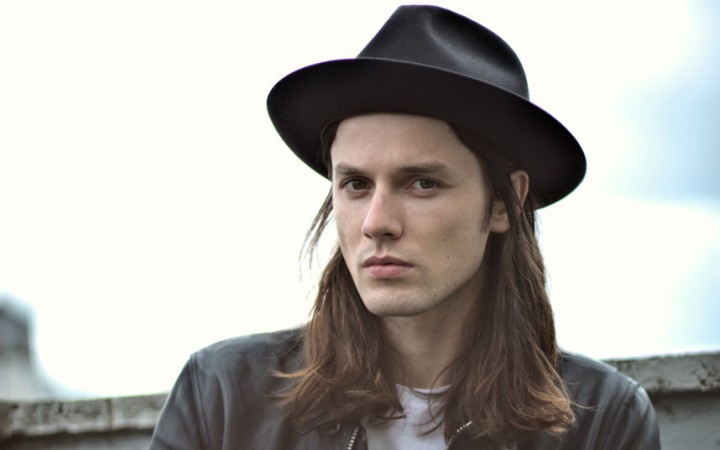 James Bay – ‘If You Ever Want To Be In Love’

Often confused with a large body of water that borders the Canadian provinces of Quebec and Ontario, James Bay is actually a musical performer who, with an appearance on the Pyramid Stage at Glasto and the release of debut album Chaos and the Calm, has made huge waves in 2015 (as water-based puns go, that’s about as good as it bloody gets). ‘If You Ever Want To Be In Love’ contains a relentlessly feel good mood of high-flown romanticism on top of which Bay delivers his undeniably soulful vocals.

Though winning the award for ‘Critics’ Choice’ at this year’s Brit Awards, it is slightly disappointing to hear that Bay’s creation of original music is propped up by a series of professional co-writers. I feel somewhat let down – a little like when I first discovered the truth about Milli Vanilli. No doubt it’ll soon be revealed that Bay is really a balding twentysomething called Marcus who actually sings like a punch-drunk howler monkey and secretly thinks that the fedora hat is a sartorial abomination.

This could be the most incessantly happy tune, and therefore by definition probably one of the most annoying, that I’ve ever heard. It’s close to four giddy minutes of tropical house that breezes by with the same idiot joy as the Chucklevision theme tune. This almost fascistic adherence to all things positively jubilant is reflected in a video that begins with the POV perspective of a man so ecstatic to have woken up with functioning hands that he celebrates by trampolining all over his bed. Either he has just awoken from a drunken night of robbing in Riyadh or, like an Englishman getting pissed on St Patrick’s Day, he requires just the merest cause for celebration.

With swimming pools, beaches full of scantily clad beautiful people, milk being drank directly from coconuts, water skiing and chance encounters with sexy ladies in lifts, Sigala leaves no room for life’s dark side. Admittedly, it’s a form of curation that is actually quite appealing; thinking too much about grim subjects – foodbanks, ecological meltdown, social cleansing, Piers Morgan – will only serve to facilitate some sort of black depression.

A booming, percussion heavy pop tune full of rumbling drums and raspberry honks of brass, this is the title track from the American singer’s 2015 album of the same name. However, it’s the song’s video that is the most interesting thing here. Though completely over-the-top and feeling like a wonky collaboration between a hormonal 12 year old boy and the screenwriters who dispensed with their marbles during the latter series of T.V’s Lost, it was actually directed by Sin City’s Robert Rodriguez.

It’s all a little baffling – being held in a maximum security prison, Lovato is offered a pardon on the condition that she get tooled up and take part in an operation to apprehend another attractive suspect (played by a young Rosie Perez). A double cross occurs and Lovato finds herself in the back of a meat wagon; she then executes the sort of escape that would’ve befuddled James Randi and launches herself, Jürgen Klinsmann-like, through a windscreen. I don’t know what the hell is going on here but the girl-on-girl fighting is the most erotic I’ve seen since Kitana Vs Jade in Mortal Kombat 2.