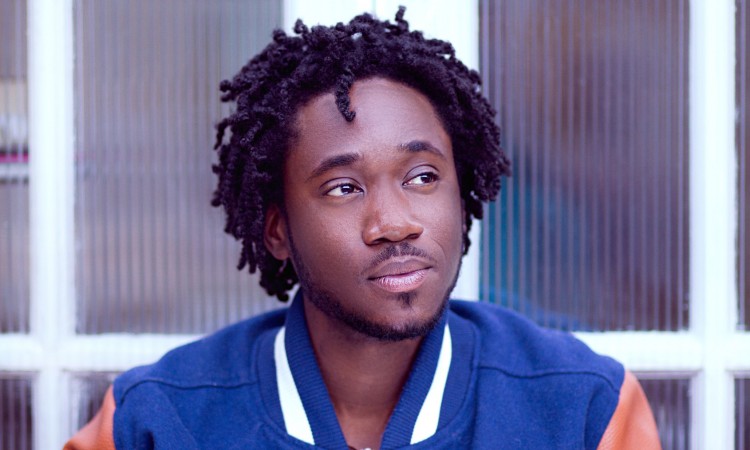 Despite having a name that resembles either a Doctor Who villain or a fictional universe in a Tolkien book, British r&b singer Dornik achieved critical acclaim this year with his eponymous debut album of electro charged soul. ‘Strong’ is chock full of falsetto vocals, hyperactive beats and a retro disco feel, plus there’s the bonus of a highly colourful vid that will leave epilepsy sufferers the world over unable to resist gyrating arrhythmically along to its sounds.

Looking fresh from a gym session with Richard Simmons, Dornik dons a matching vest and headband combo while delivering his silky smooth vocals in front of a giant lava lamp, a lass who has presumably wondered in from the ipod “silhouette” ad campaign and stripy visuals that give the impression that Dornik is actually just killing time while enduring the interminable wait for ZX Spectrum games to load on his massive TV.

In fact, the song’s refrain of “Everybody stay strong” is a fitting mantra for any child of the 80s who once had to endure roughly 72 heart-breaking minutes of erratic, flashing lines and ear shredding, fax machine racket just for the pleasure of manipulating an indecipherable on-screen blob.

Bryan Adams – ‘You Belong To Me’

Spawned from thirteenth studio album Get Up!, and approximately the 149th single to be released in a career spanning several epochs, it would be completely unfair for me to regard Bryan Adams as the musical equivalent of a turd that won’t flush. Actually, far from being the sonic equivalent of particularly stubborn “floater”, ‘You Belong To Me’ is two and a half minutes of likeable, rockabilly tinged pop.

As has been de rigueur for most of his recent releases, the video is shot in stylish monochrome and features both Adams and some woman who oscillates between flashing a bit of arse cheek while dancing about and shamelessly groping the nearest man she can get her hands on; a little like a drunk, slightly mad, recently divorced auntie at a wedding. Such is the unabashed, double-handed fondling of Adams’ chest cavity that one can’t help feeling that, if roles were to be reversed, the Canadian rocker would easily be looking at a ten stretch.

Ah, Christmas time is upon us once again – a time when, under the guise of familial sentiment and social togetherness, we clueless heathens perambulate dutifully around shopping malls in the sort of capitalist frenzy that would’ve made the Lord Jesus vomit all over his Frankincense. So what better way to celebrate than yet another version of everyone’s favourite festive tribute to the joys of testicular self-immolation?

A song performed by pretty much every musician with a brain and spinal column, there is little to be learned here except perhaps that classical crossover vocalists Blake seem so smug that it’s not unreasonable to suggest that even Piers Morgan would shake his head at such boundless levels of hubris. It’s partly no fault of their own – such a crooning vocal style naturally lends itself to a bit of smarminess – but it’s the smiles that do it for me. Just look at them. The smile worn by the chap on the right, for example, barely ceases to look like the satisfied grin of a man who has just discovered the secret to self-fellatio.