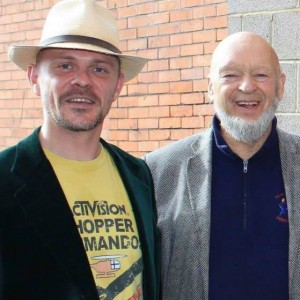 This weekend, Oxjam Glastonbury & Street 2014 comes to the end of a rollercoaster ride of music, emotions and merriment. Over £600 has been raised so far and organisers are hoping to raise £1000 just from the generosity of the public in praise of the music on offer. The finale will be graced by Somerset’s most famous farmer, Michael Eavis, and live music from Mr Keep Calm & The Cancelled Cheques, Daniel Shaw & The Aardvarks, Minor Works Unit, Lazy Daze, Adrian Smith Jazz Combo, Kray-z-Legz, The Legendary SnakeSNAKESnake, Bob Gallie, John D Revelator, Liam Howard & the Truthseekers, Rosie Whitten and Band, Henry Wacey and will finish with a night of dancing with a performance from Swampgrass and a DJ set from GFM’s Ian Liversidge. All the gigs including this one have been free entry but organisers are asking for a donation to Oxfam, 100% of which goes straight to them, which they consider a small price to pay for the amazing music on offer. Starting in Glastonbury at The Market House, moving to the George and Pilgrim, Hawthorns Hotel and La Terre then moving onto The King Arthur and then across to Street with the Unity Club it is due to finish its last weekend on by visiting the Street Inn on the Friday 31st October and then ending in an all dayer at The Red Brick Building/Bocabar Glastonbury Saturday 1st November. “So far it’s been one hell of a party. Great music and really different things going on in the various venues and with all the artists. And it’s not even finished yet. Even if you’re not able to start your stamp cards and win the great prizes, you can come to a great set of gigs and enjoy the amazing atmosphere that’s just swept Oxjam along this year. Every one has worked really hard to make this a success simply because they have wanted to make a difference,” Says Gary Smith, Oxjam Glastonbury & Street 2014’s organiser who, along with his partner Sarah Stanislaus, should be congratulated for his efforts. To find out more about Oxjam Glastonbury and Street visit their Facebook page. You should also know that the final weekend starts at The Street Inn, Street, on Friday 31st from 9pm and features music from Johnny Edgar.
Follow @Thefixmag
Recent Posts
We Like You…