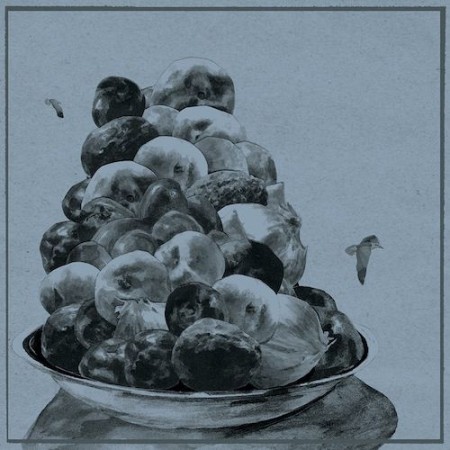 After the positive critical reception of 2012’s Get Disowned and their acquiring of a record deal with flagship independent label Saddle Creek Records towards the end of 2014, the time seemed ripe for Philadelphia indie rockers Hop Along to release their follow up. With VICE magazine having speculated that their second album “might just end up being album of the year”, Painted Shut is being released under a wave of a certain expectation. While perhaps it isn’t quite the album to grab a wider musical audience by the lapels and command their attention, there is plenty on offer here to provide a platform from which this can eventually become a reality.

Displaying fuzzy riffs, layers of rushing guitar and often dense, narrative lyricism, Painted Shut sees Hop Along deliver an album full of 3 to 5 minute tales of crisp indie rock. ‘The Knock’ utilises chopping chords and simple Strokes-like guitar lines before fleshing out into a euphoric surge of guitars to match the increased urgency of frontlady’s Frances Quinlan’s vocals. ‘Buddy in the Parade’ sees a similar formula meet with more effective results; tasteful guitars and a decent ear for a chorus somewhat mask the dark tale of late musician Buddy Bolden (ending his life in a mental institution, Bolden’s grave was repeatedly dug up and new bodies added when his sister couldn’t afford the burial payments).

‘Buddy in the Parade’ perhaps captures what Hop Along do best; crunchy, guitar-driven indie rock with tinges of regret ever beneath the taut buoyancy of the guitar lines. The bright guitar riffing of ‘Waitress’ sees Quinlan experience a heart-sinking encounter with an ex-boyfriend’s new flame (“The world’s gotten so small and embarrassing”) while the standout choruses of ‘Texas Funeral’ lament the unobtainable nature of our most cherished ideals – “None of this is gonna happen to me in my lifetime”. However, it is the excellent ‘Powerful Man’ that best camouflages the themes of discomfort beneath a tuneful pop sensibility; the album’s most melodic moment sees Quinlan confront her own impotent fear in the face of a young boy being beaten by his father.

A necessary element for most bands to achieve greatness is a distinctive vocalist and, in the form of Frances Quinlan, this is something that Hop Along certainly do possess. Never ceasing to be anything but strikingly raw, her voice sways between rough-hewn caress and larynx shredding frenzy. While such rawness provides a valuable, offbeat character to Hop Along’s sound, it can occasionally grate; Quinlan’s rasp sits a little awkwardly within the subdued acoustic moments of ‘Happy to See Me’ and ‘Well Dressed’ while it’s a voice that seems about to fall over beneath the weight of its own coarseness during ‘I Saw My Twin’.

While optimistic forecasts from the likes of VICE now seem a little premature, Painted Shut is a decent album that delivers consistently enjoyable guitar work, an idiosyncratic vocal performance and moments of quality song-writing; improving after several listens, there is plenty of scope for exploration of its lyrical themes and for its melodies to gradually hit home. A worthy Saddle Creek debut that will preserve expectations for a follow up.

Painted shut is released on Saddle Creek Records on 4th May.