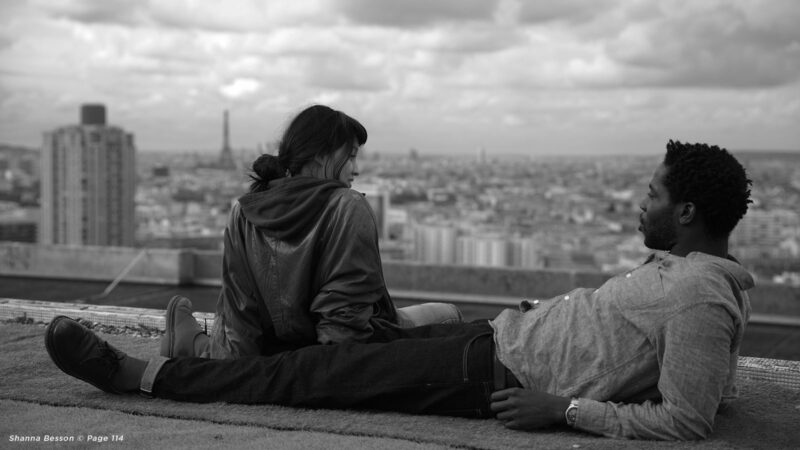 Jacques (The Beat That My Heart Skipped, A Prophet, Rust and Bone, Dheepan) Audiard’s latest offering is somewhat of a departure from his usual gritty examinations of crime and marginalized figures from urban French society. Following the lives and loves of a deliberately racially diverse cross-section of the inhabitants of Les Olympiades, the titular Parisian arrondisement, the film (based in part on Japanese-American graphic novelist Adrian Tomine’s stories) attempts to make some deep philosophical points about the visible and invisible sexual and emotional barriers that face contemporary lovers, but instead fails to generate any meaningful connection. This is a pity as the film boasts an excellent ensemble cast and in parts manages to walk the tricky fine line between comedy and pathos as the characters attempt to navigate their various predicaments and pressures.

Camille (Makita Samba) is a teacher and struggling PhD student who encounters bored call centre operator Emilie Wong (Lucie Zhang) when he answers her ad for a roommate. Having a similar ironical perspective on life, the two quickly become lovers but fail to connect properly when emotions start to get involved, resulting in them splitting up. Meanwhile, mature law student Nora (an excellent turn by Portrait of a Lady on Fire’s Noemie Merlant) struggles to cope with both her course and fitting in with the younger generation. When she is mistaken for sex worker cam-girl Amber Sweet (Savages frontwoman Jehnny Beth, continuing an increasingly impressive acting career) by her peers, she is mocked mercilessly and eventually drops out. When she starts working for Camille’s failing real estate agency, the scene is set for the stress-testing of their sexual and emotional relationships as our four would-be lovers flounder their way to a deeper sense of desire, connection and fulfilment.

Performances are uniformly good, with Merlant’s Nora particularly striking as she is forced on a journey of self-discovery resulting in her falling hard for Beth’s cam-girl. Their first meeting in actual life is a genuinely touching moment and essays real tenderness. Elsewhere, Zhang’s selfish and immature Emilie is a hard character to empathise with as she dodges familial responsibilities in favour of casual hook-ups. Similarly Camille’s backstory is under-explored, resulting in a curiously uninvolving breakdown as he struggles to pack up his dead mother’s wheelchair. Shot in moody black-and-white (echoing any number of other, more successful, romance films), and utilizing the built environment in sly ways, Paris 13th District does have its moments, but the script wobbles and creaks more than once, most of all when Audiard tries to strike the right balance with the ‘slice-of-life’ atmosphere with attempts at deeper existential philosophical truths. A cautious ‘yes.’

Currently showing at The Watershed, Bristol. Visit their website for more information.