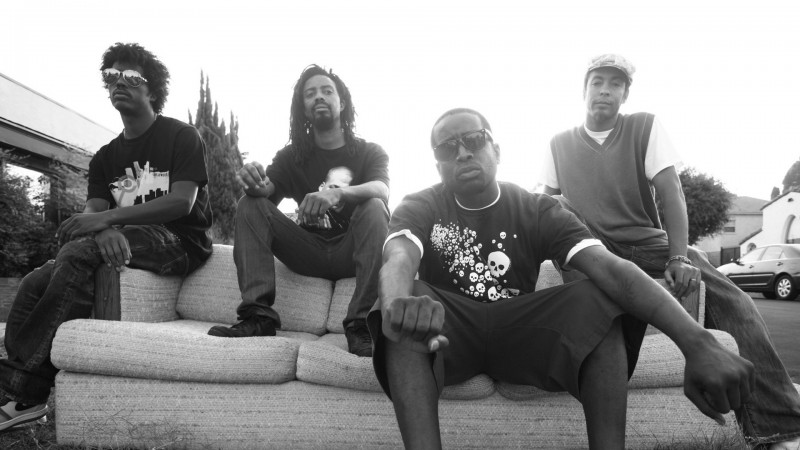 First released on their 1992 debut album Bizarre Ride II the Pharcyde, the somewhat genteel tone of The Pharcyde’s ‘Passin’ Me By’ sat awkwardly amongst the posturing promotions of thug life so prevalent during the commercial boom of gangsta rap music in the early 1990s. While Dr Dre was rapping about the joyous freedoms afforded a black gentleman in possessing a firearm (‘A Nigga Witta Gun’) and Snoop Doggy Dogg pondered, with typically self-referential élan, on just how many members of the female persuasion may wish to copulate with him (“how many bitches wanna fuck this nigga named Snoop Doggy”), West Coast contemporaries The Pharcyde offered a refreshingly light-hearted touch.

With each of the group’s four emcees taking turns to recount the pain of a schoolboy crush, ‘Passin’ Me By’ is a playfully vulnerable expression of unrequited love driven forward by its soulful groove and funky bass guitar breaks. The lead hook comes courtesy of Quincy Jones’ ‘Summer in the City’, while the song’s bass fills are borrowed from Weather Report’s extended jam ‘125th Street Congress’ and its breathless shuffle effect sampled from Jimi Hendrix’s palm mutings in ‘Are You Experienced?’

‘Passin’ Me By’ was released as a single in March 1993 and its success was a significant factor in Bizarre Ride II the Pharcyde achieving gold record status. Both single and album provided an appealingly breezy antidote to the darkly themed bluster usually associated with West Coast rap music of the age.