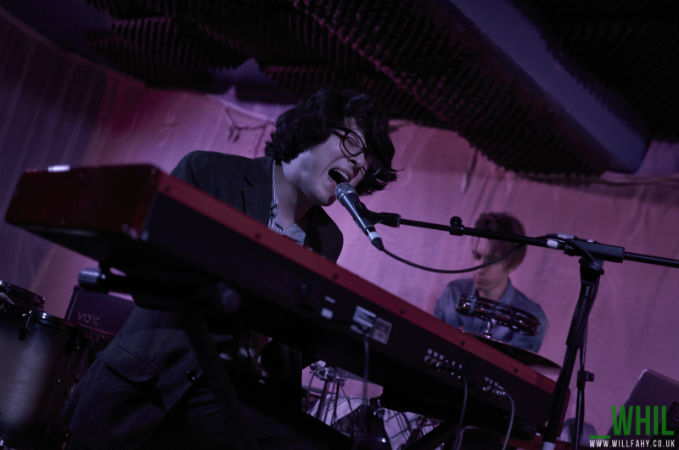 With his stating of Leonard Cohen as an influence along with comparisons to the folky sounds of such acts as Bon Iver, one can be forgiven for expecting a rather more conventional singer/songwriter experience upon attending a show by 24 year old Leeds musician Paul Thomas Saunders. However, the roaring crescendo that emerges from a full band set up at the beginning of opening track ‘Santa Muerta’s Lightning and Flare,’ is a clear statement of the lavishly ambitious nature of Saunders’ work and a strong hint of the expansive sounds to follow.

His album “Beautiful Desolution,” which received impressive reviews from The Guardian and various music sites across the internet, was released just a week ago and tonight we hear all but one of the ten tracks from this debut record. Second track ‘Good Women’ utilises chiming keyboard chords and swift reverbed guitar to great effect while sustained guitar notes and volume adjustments sit prettily atop the big stadium rock drums of ‘Kawai Celeste.’

Saunders shares his time between keyboards, electric and acoustic guitars and there is a clear versatility on display as the rest of the band utilise different styles to facilitate the large feel of Saunders’ songs; the drummer uses a variety of beats, sometimes eschewing his snare completely while delivering a thundering bass drum along with the occasional use of shakers and melodic effect pads. The lead guitar sound is a mixture of ambient, reverb soaked swells that are delivered courtesy of an extraordinarily replete pedal-board of gadgets. The rest is taken care of by the sole female band member who manipulates the integral electronic surges and sampled loops while delivering backing vocals that reach a haunting acme in ‘Appointment in Samara.’

Though Saunders’ music is such that any energetic manifestations of audience movement would be somewhat superfluous, the crowd remains noticeably detached throughout and never reach a level of engagement beyond a polite round of applause. Saunders deals with this capably enough as he offers up some humorously dry asides. Speaking with a soft, grammar school poshness, the description of his whole career being “nothing but a search for frozen yoghurt” and his quip about “no pedants” being in attendance when his incorrect use of syntax goes unnoticed, are moments that competently fill the slightly awkward quietness between songs. 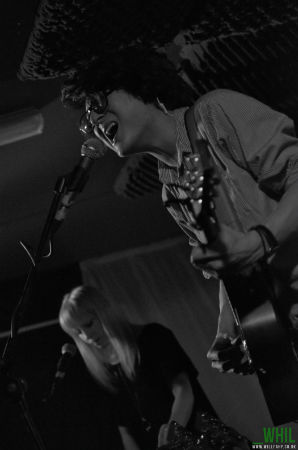 As is clear from his song titles, Saunders has poetic aspirations and a penchant for florid, though often dark lyricism; ‘Starless State of the Moonless Barrow’ features the words “You’re the defining light, you’re the relentless spark that keeps me holding on to yesterday’s sunrise,” while the slightly macabre ‘Appointment in Samara’ mentions “The blood is on your hands” and “The bodies on the ground.” This is all delivered with an undeniably strong vocal which yearns impassionedly over the music as it oscillates between the understated and the epic. Whether or not one finds the comparisons to Thom Yorke and Jeff Buckley agreeable, it is a testament to Saunders’ voice that they are being made at all.

‘A Lunar Veterans Guide to Re-Entry,’ with its cosmic connotations is perhaps a nod to Saunders’ hero Joe Meek’s album “I Hear a New World” and it is the evening’s final track. Despite the ambient beauty of much of the music, Saunders and his band show that they are not adverse to a raucous finish as a full band assault and a wail of guitar feedback bring the set to a close.

Though undeniably pretty, Saunders’ music is, on first hearing at least, bereft of that one song that really grabs your attention and demands your affections. Saunders’ sonic ambition, however, should be applauded and his is the type of music that may benefit considerably from repeated listens. A well-received debut album and the ability to produce a solid live show, as evidenced here, are sturdy platforms on which Saunders can move optimistically forward.

Meanwhile, the search for more frozen yoghurt continues at The Lexington, London in two night’s time.

Photographs by Will Fahy – Check out more of Will’s photography at www.willfahy.co.uk