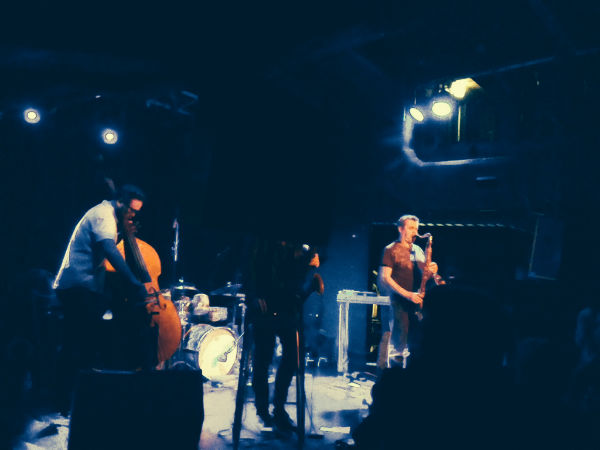 Aberdeen is not the first place one would think to find a jazz superstar, but then Scottish born Seb Rochford and his troop of experimental pioneers, Polar Bear, are in so many ways an exceptional case.

Former Mercury Music Prize nominees Bear meld modern electronica and traditional world rhythms with the debauched intensity of the 1950s jazz originators to form an exceptional blend of modern, exciting and soulful music that gives hope for a genre that is somewhat maligned by mainstream audiences as being inaccessible and passé.

To some jazz has always felt a bit like cod liver oil – you know its good for you but it is nonetheless hard to swallow. This is especially the case when phonic experimentalism spills over into indulgence. Polar Bear never make this mistake though. Their sound stays true to jazzes origins as an intense expressionist/experimental, predominantly underground art form that blurred race boundaries and provided the soundtrack to dope fuelled frenzies as depicted in the works of Burrows or Kerouac rather than the stale elevator jazz that more mainstream audiences will sadly be more familiar with. 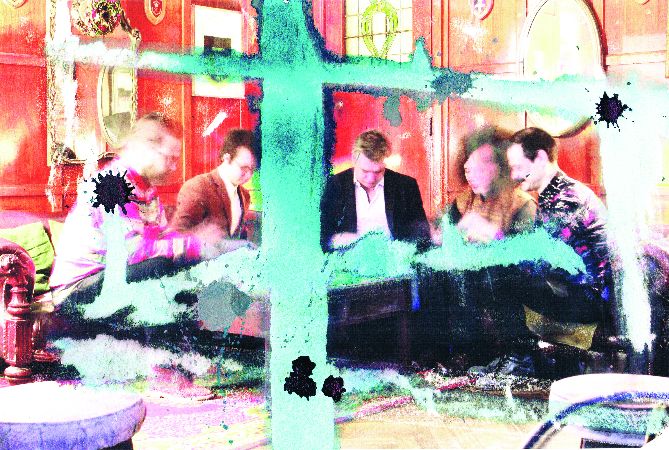 Possibly Polar Bears greatest success however, is their ability to fuse this veneration for the past with a modern sheen that allows their sound to seem both old and new at the same time – you could imagine them as at ease in a Louisiana back room full of reefer smoke as dropping beats to an MDMA powered throng in a strobe lit Shoreditch Cafe.

Here on the second night of their UK tour in support of their new album ‘In Each and Everyone’ (out on 24th March) proceedings begin under the veil of ‘Open See’ which creeps in like a spacious modulated musical fog descending on the hushed crowd.

The son of an accomplished poet in the north east of Scotland (Gerard Rochford) talent runs in Seb’s blood and it is he that is the heart and soul as well as the brains of the ensemble (in the past he has also played on albums for the likes of David Byrne & Carl Barat). He is also their softly spoken frontman (he could tell you have a terminal illness and you would smile right through) as he states that he is “always happy to be in Bristol.” Hidden behind his drum kit under his distinctively vast head of hair he then goes on to recount how he spent 10 days here last summer in Toybox studios recording with Malian musicians (“which inspired ‘Maliana’”) before joking “my girlfriend thought I loved it so much that we were going to move here.”

Rochford is not alone though and is ably assisted by the melodic powerhouse that is Pete Wareham on tenor and baritone saxophone as well as Mark Lockheart on tenor saxophone, Tom Herbert on double bass and Leafcutter John on electronics. 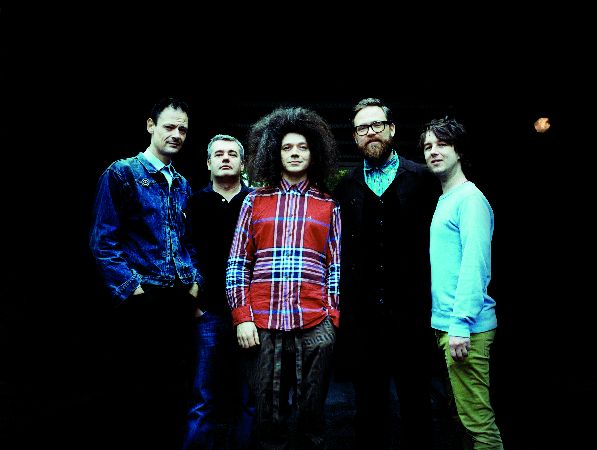 Leaning entirely on the new album the band flex their impressive musical muscles throughout as they flow between fast (the scratchy Youtube/Bengali inspired ‘Chatpot’) and slow (the sombrely hypnotic ‘Lost in Death Part 2’), switching time signatures and rhythms (‘Maliana’) effortlessly like they were just playing cards – no easy task even for talented musicians.

Bongos lull the crowd into a psycehdlic slumber on ‘Lost in Death part 1’ – which boasts the kind of blue riff that would make Miles Davis tap his foot in appreciation, whilst ‘They’re All Ks and Qs Now Lucien’ raises us with its modern middle eastern haze like a florescent snake charmer.

Respectful and reverent throughout the crowd has the feel of a television audience (see Jools Holland) with only occasional words of encouragement perforating their amicable but muted fascia.

“Its an amalgamation of music” suggests Rochford in summing up the album succinctly before they perform their encore and a final round of psychedelic saxophone experimentalism howls over manic laughter from the back of  the crowd.

It may not be in each and everyone’s album collection just yet but for any music lovers looking to put together a definitive collection of the best of 2014 I suggest it should be!