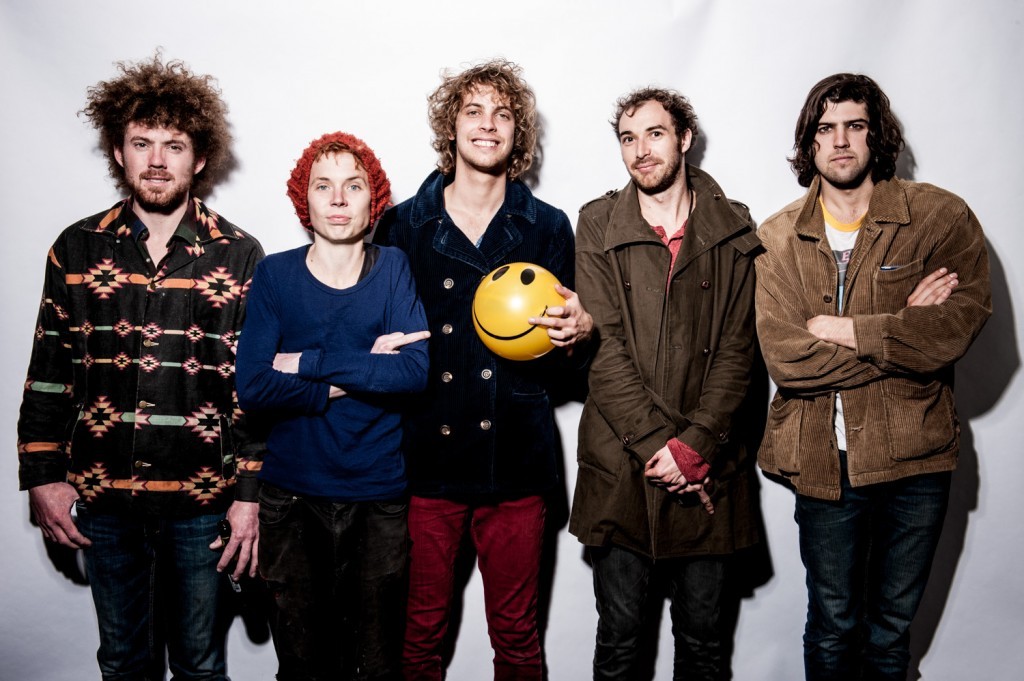 Band Bio: Musicband of course. Bruce Springsteen if he was a catfish. Real workingman’s fish shit. The Bass.

Formed in 2008 in Western Australia, psychadelic rockers Pond started out as something of a freewheeling entity, constructed by founders Nick Allbrook, Jay Watson and Joseph Ryan to allow the ever-changing lineup of musicians to play whatever they wanted. What the band have ended up producing is a string of quick-fire psyched-out releases, with their latest album Man, It Feels Like Space Again (released yesterday) being their sixth full-length since formation.

You could be forgiven for immediately linking their sound to fellow Perth-ites Tame Impala – after all, Pond shares three band members with them. While the two share the same drugged-out persona (the adjective is stupefied, not stupid), Pond are the LSD to Tame Impala’s hashish. Knowingly bizarro and shamblic, the kaleidoscopic audio-visual impact of Pond is something akin to Vic & Bob if they were glam rockers. Just like the Beastie Boys, the key to Pond is that they look like they’re having a serious amount of fun, and the sunshine they produce is infectious.