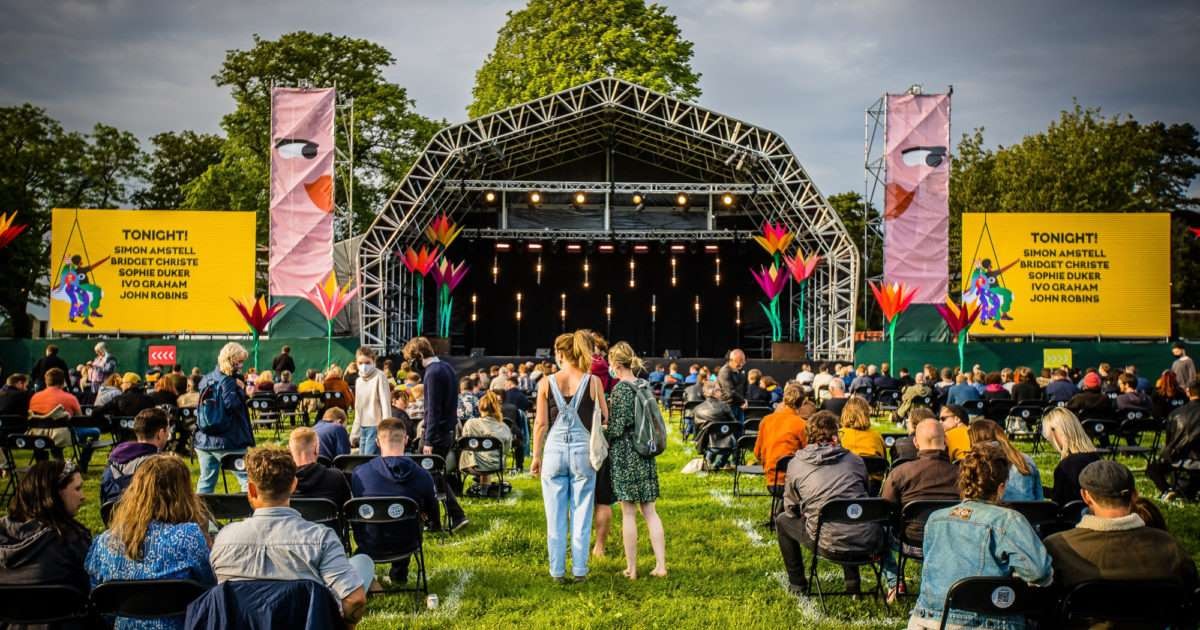 Boasting a gargantuan line up of today’s top comedic talent, Bristol Comedy Garden returns to the Downs for its eleventh annual fiesta of stand-up. After its being hosted for a nine year run on Queens Square from 2011-19, the festival has since expanded into the capacious pastures of Durdham Downs, which will be transformed into a vast and impressive comedy wonderland from 15th-19th June.

While last year saw the Downs’ inaugural hosting of the event somewhat hampered by covid protocols and safety measures, Comedy Garden ’22 will be the first opportunity for the new expansive beast to fully flourish in its new location. No more eerie and disjointed pockets of laughter caused by spaced out seating; no more chuckling away to rusty, out of practice performers scrambling around for pandemic jokes on a stage roughly ¾ of a mile away. This year’s freshly unleashed festival of funnies promises to be the biggest and most enjoyable yet.

In addition to the abundant supply of joke tellers and anecdotalists, this year’s event will also feature a fine selection of bars and food stalls providing summer-styled drinks and cocktails and the very best from the local street-food scene.

Wednesday-Friday (15-17th) will each feature a single evening line up while Saturday and Sunday (18th-19th) will offer multiple line ups and various times in the afternoon/evening. Tickets are still available so don’t miss your chance to be a part of Bristol Comedy Garden’s largest and most spectacular event since its inception in 2011.

For more information, including the full line-up and how to purchase tickets, visit the official Bristol Comedy Garden website.