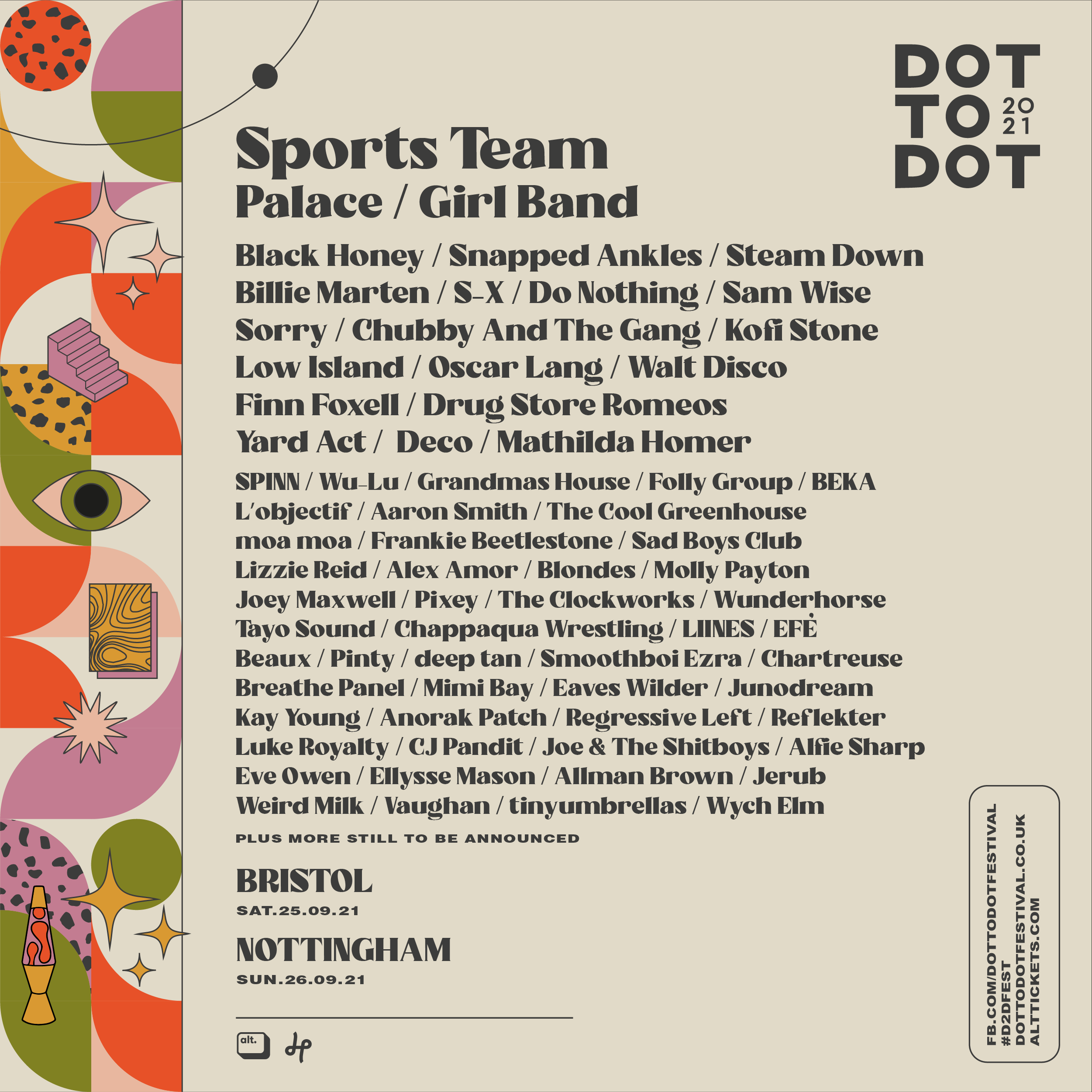 Live music having ground to a halt over the last eighteen months, this year’s Dot To Dot Festival – the first since May 2019 – will offer Bristol gig enthusiasts the ideal opportunity to make up for lost time and absorb a full day of live acts across the city centre. We’ve done the math and the figures for this year’s festival are as follows: At the last count 120 bands and artists will appear on a total of 16 stages across 11 venues around the city.

With Dot To Dot being regarded as a premier music fest for showcasing up and coming artists – the festival won The Best Festival for Emerging Talent at the 2017 UK Festival Awards – there’s always a chance for Bristol music fans to discover that next life-altering band or fall deeply in love with an individual artist. But where to start in the search for the ‘next big thing’ who may one day be mentioned in the same breath a D2D alumni such as Laura Marling, Courtney Barnett or Foals? A good start will be to check out this year’s festival playlist on Spotify but, if you’re feeling a tad lazy and the 5 hour+ playlist is a little daunting, we’ve helped you along with our following top 5 picks. 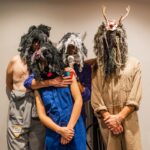 Where does one begin in describing these London-based, electro post-punk, art rock, shamanistic audience bafflers? Aside from listing influences as far afield as Morris dancing, old Norse texts and Jean Luc-Goddard, the band maintains an air of mystique in that each member is fully anonymous and concealed inside ghillie suits during live performances. The mystery as to exactly who they are is only heightened in their describing themselves as “forest folk…descended from the trees.” Of course, all the above would be mere, semi-amusing twaddle if there wasn’t decent music to back it up. Fortunately, with catchy and dynamic musicianship and a reputation for “whipping audiences into a manic, frenzied, ecstatic state”, these lovable eccentrics are absolutely ones to watch out for. 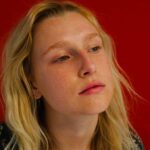 Having had a YouTube channel since age 9 and coming to prominence when her cover of Lucy Rose’s ‘Middle of the Bed’ amassed thousands of views, the 22 year old singer-songwriter is a case study in this relatively new world of musicians carving out careers independently via social media. Raised on a musical diet of Joni Mitchell, Nike Drake, Joan Armatrading and Kate Bush, Marten grew up in and around the Yorkshire Dales and the emotion derived from nature – “like this extreme form of empathy” – has informed her song-writing. And apparently she’s got a thing for Alpacas. Expect bracing acoustic folk and an ear for a hummable chorus. 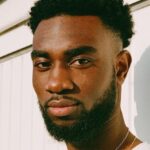 The growing inclusion of rap and hip-hop artists at the festival over the last few years has seen Dot To Dot evolve from its origins as a showcase for predominantly indie rock bands, and this year’s line-up appears to have developed the trend even further. A case in point is the Birmingham born hip-hop artist who released debut album Nobody Cares Till Everybody Does in 2019, and so garnered a reputation as an exciting young voice in UK rap that he earned collaborations with Loyle Carner, Maverick Sabre and Ady Suleiman. Hip-hop is so much more appealing when it’s not mired in braggadocio about the bling and the booty and instead expresses vulnerability. Exhibit A is in the pretty, post-break up heartache of ‘It’s Ok to Cry’. 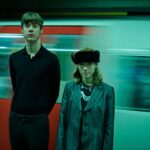 Formed by 22 year old childhood best pals Asha Lorenz and Louis O’Bryen, five piece indie band Sorry so impressed on London’s live circuit in the last few years that they caught the attention of Domino Records and thus became the stablemates of, among others, Arctic Monkeys, Villagers and Matthew E. White. Debut album 925 was released in March 2020, earning enthusiastic reviews from outlets such as Pitchfork, the NME and Clash, and was named Stereogum’s Album of the Week. Though falling under the safe, and somewhat vague, label of ‘indie’, multiple critics have wrestled with the genre question in describing the group’s work. According to the Guardian, “A typical Sorry track is just as likely to be inflected with 90s grunge as with jazz or trip-hop“. I guess it’s best to give ’em a listen and see for yourself. 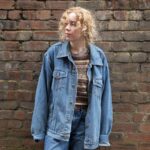 Okay, considering that Lizzie Reid’s early evening set kicks off at the same time as Kofi Stone’s, admittedly we have a clash here.* It’s fairly simple: If you fancy checking out one of the UK’s emerging rap stars, go for the latter. If you’d rather absorb some well-crafted folk songwriting in the vein of Laura Marling, opt for the former. However, considering that the Glasgow based singer-songwriter is performing on the dockside surrounding Thekla, a mere mid-set embarking or disembarking from the good ship will make it possible to catch a bit of both. Having carved out a reputation after years working Glasgow’s always vibrant live music scene, and citing some Fix friendly influences including PJ Harvey and Villagers, a listen to ‘Always Lovely’ reveals that Reid has the vocal and composition skills, plus the guitar playing chops, to build a healthy post Dot To Dot audience.

For more information, including the full line up and set times, visit the official festival website.