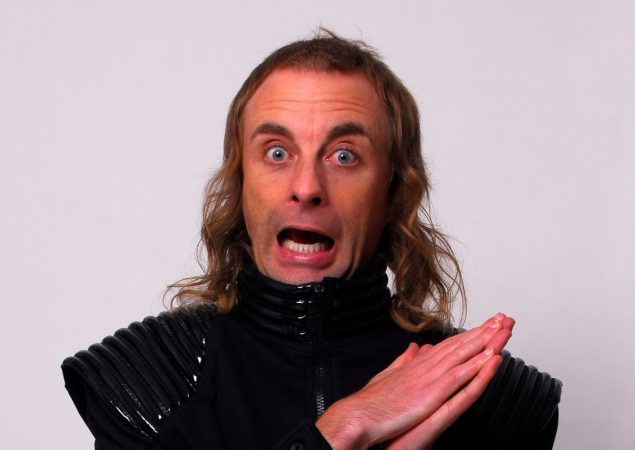 At the beginning of July, comedian Paul Foot will be performing in the city as part of Bristol Comedy Garden alongside the likes of Stewart Lee, Reginald D Hunter and Adam Buxton. Ahead of his gig, we asked him the most important questions we could think of, and he told us about timber, sparrows and Angela Lansbury.

Hi Paul! It will be great to see you in Bristol again. Will you be bringing your ‘humour from the briefcase’ once again? What ‘disturbances’ can we expect?

Indeed so. This time my guests and I will be performing my gameshow, entitled Game Of Dangers. From my briefcase plenty of disturbing instances of terrible dangers will be emerging. Game of Dangers is essentially Jumanji crossed with Family Fortunes.

How dangerous is it going to be?

That depends on how excited people get about it. Whilst there is no actual danger in the show, only hypothetical danger, one time in Aldershot people got so excited by the game they stampeded and an usher was trampled to death. Brutal.

The waiting game. Everyone dies eventually, apart from The Queen. She just keeps on winning.

Last year a driver spotted a crocodile in Bristol harbour and reported it to police. It turned out to be a log. Have you ever mistaken a piece of wood for a dangerous animal?

No, but I once did mistake a non-dangerous animal for a dangerous animal. There was a sparrow in my birdbath and I was certain it was a great-white shark, so I shot it.

I also once mistook a dangerous animal for a piece of timber. That woodwork class in the lion’s enclosure had to be cut short. A small hacksaw is no defence against a big cat.

You have one of the country’s most admired haircuts. What do you call your hair style?

It has no name. It is moulded by a fashion-leading hairdresser on my personality. So, I suppose, it would have to be called Paul. Or Gianni.

The last time we spoke to you, you told us you had a secret affair with Angela Lansbury. Have you managed to rekindle any of that old flame?

No. She’s cold and distant. I prefer an older lady anyway.

You can catch Paul at Bristol Comedy Garden on Friday 1st July. View the full line-up.