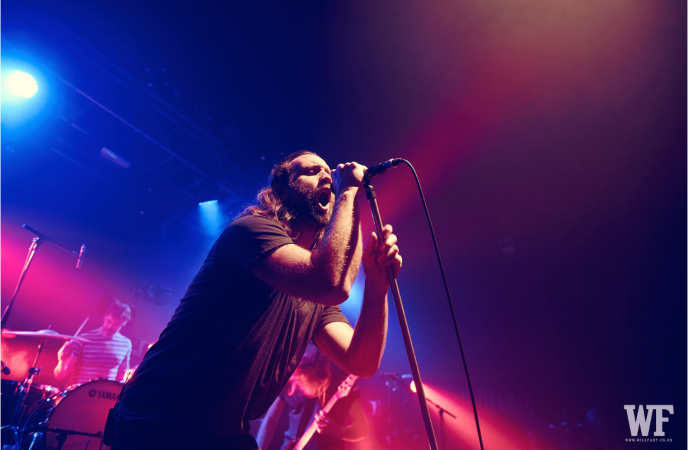 Photo by Will Fahy – www.willfahy.co.uk

The triumphant return of Reef is a gift that keeps on giving. The Somerset rockers nailed the home leg of their latest UK tour in front of adoring fans at O2 Academy Bristol – the classics, the new material, the female fan who literally wouldn’t let go of Gary Stringer – it was epic.

Around a year ago I interviewed Stringer ahead of their 2015 UK tour and the man’s enthusiasm when talking about the future of Reef was beautiful. That kind of passion and hunger is inspiring and he had good reasons to be in high spirits. Jesse Wood had replaced Kenwyn House just six months earlier and Gary had spoken about how the fit was seamless and that his arrival had brought a new energy to a band that had been bursting to “create again.” This easy transition coupled with the fact that he had personally been writing a lot of new material became the catalyst for an exciting new chapter and the prospect of unleashing it on that loyal following proved to be a joy to behold.

That 2015 tour came and went and I was there at O2 Academy Bristol last March for a gig that fully justified the need for Reef to be performing to the masses again. It was a great night and I came away feeling mesmerised. One year later on another brisk March evening and I can honestly run off a similar set of superlatives listed in my previous review, but the most important statement I can make is that this time around it hit another level. Incredibly high standards and undoubted quality has been honed further; I’ll speculate that this is a product of the band being in a particularly sweet place with the momentum of last year’s tour, Jesse having a further 12 months to settle in and the positive reaction to their new single, “How I Got Over,” adding fuel to this particular fire.

For me, a successful rock band should have a frontman that fills the stage with their presence and in Stringer they have that. He’s a damn fine vocalist too with incredible diversity and range. His voice glides through the louder numbers and there’s no chance of it getting lost, but it’s at its most impressive when fully exposed during slower tracks like the gorgeous “Consideration” for which his delivery was impeccable.

Their current set list has tremendous energy and a fine balance to it. Newer material such as “How I Got Over,” for which the band were joined by a female choir from Barnstable, went down wonderfully and feels right at home in their live show. The edgier “Ball & Chain” was a beauty too and had some of that raw, edgier cutting edge of the Reef of old. 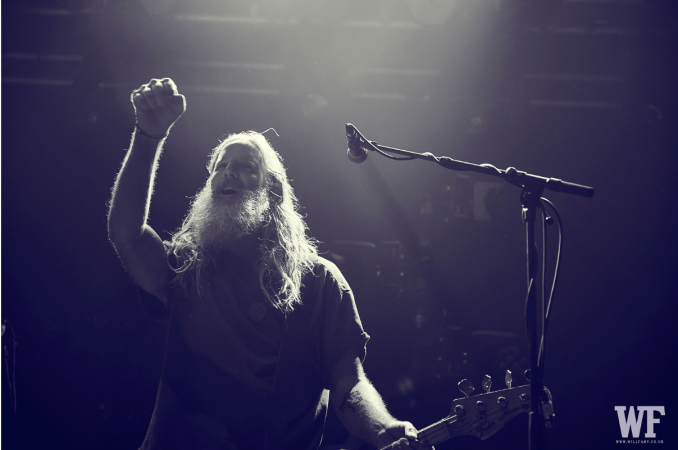 Photo by Will Fahy – www.willfahy.co.uk

Of course, for many it was a night to reminisce and “Place Your Hands” inevitably got people bouncing and feeding off good vibes. For many in the audience it’s an anthem that prompts nostalgia and memories of their younger days, but in truth for me the highlights are “Naked” and “I Would Have Left You,” which Stringer delivers with vigour and sass. Getting down to get face to face with the crowd during the latter, a female twenty-something looked like she wanted to climb inside Stringer who looked like he wouldn’t escape for a brief moment. Grabbing at anything she could get her hands on, I think he actually turned to Wood and asked for help, which was met with a laugh from his bandmate and probably the thought of, “no chance – you’re on your own!” I’m not going to lie, if it was me I probably would have just given in. As the song ended, the smiling Stringer turned to the woman with his newfound freedom and said, “You just wouldn’t let go would ya?” and then carried on as if it was just another day at the office. If only you could bottle up that kinda cool.

Behind Stringer the musicianship is as fine as ever and it’s no surprise when it’s accomplished, established performers in Jesse Wood, Dominic Greensmith and Jack Bessant. The latter had already delivered one set with style and grace with the support act Staunton Lane. Greensmith’s drumming was ridiculously on point. It was tight, but then why wouldn’t it be?

Chants of ‘Reef, Reef, Reef, Reef’ broke out between each song like a rallying cry to spur the band on. They delivered, met expectations and surpassed them. Quite simply the audience were treated to a masterclass.

Keep up to date with the band on reefband.com