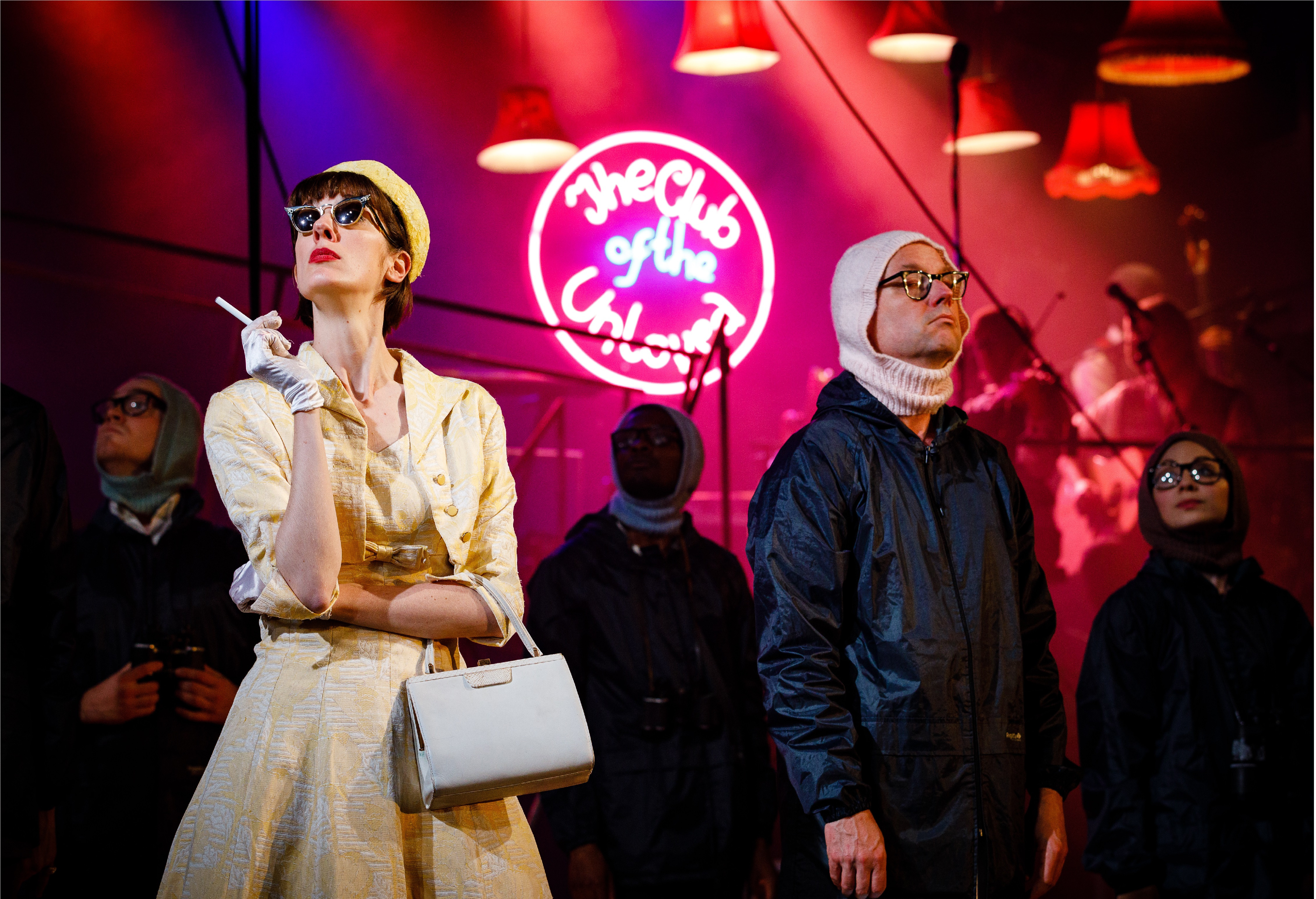 Since it’s original inception back in 2003, Cornwall’s Kneehigh Theatre have toured Tristan & Yseult extensively, to such universal acclaim that it’s promotional materials now weigh heavy with accolades such as “one of the masterpieces of 21st-century theatre”, and boast more stars to their name than the most decorated of American Generals.

Yet, from its charming beginning, to its epic cinematic conclusion (which is so glorious that even Orson Welles would be in awe – much credit must go to Lighting Designer, Malcolm Rippeth & Sound Designer, Simon Baker) Tristan & Yseult remains exemplary theatre.

One of the most remarkable compliments that can be made of their return to this tale is the fact that it feels so amazingly fresh – still very much like we are being carried along on a wave of cutting edge theatre. 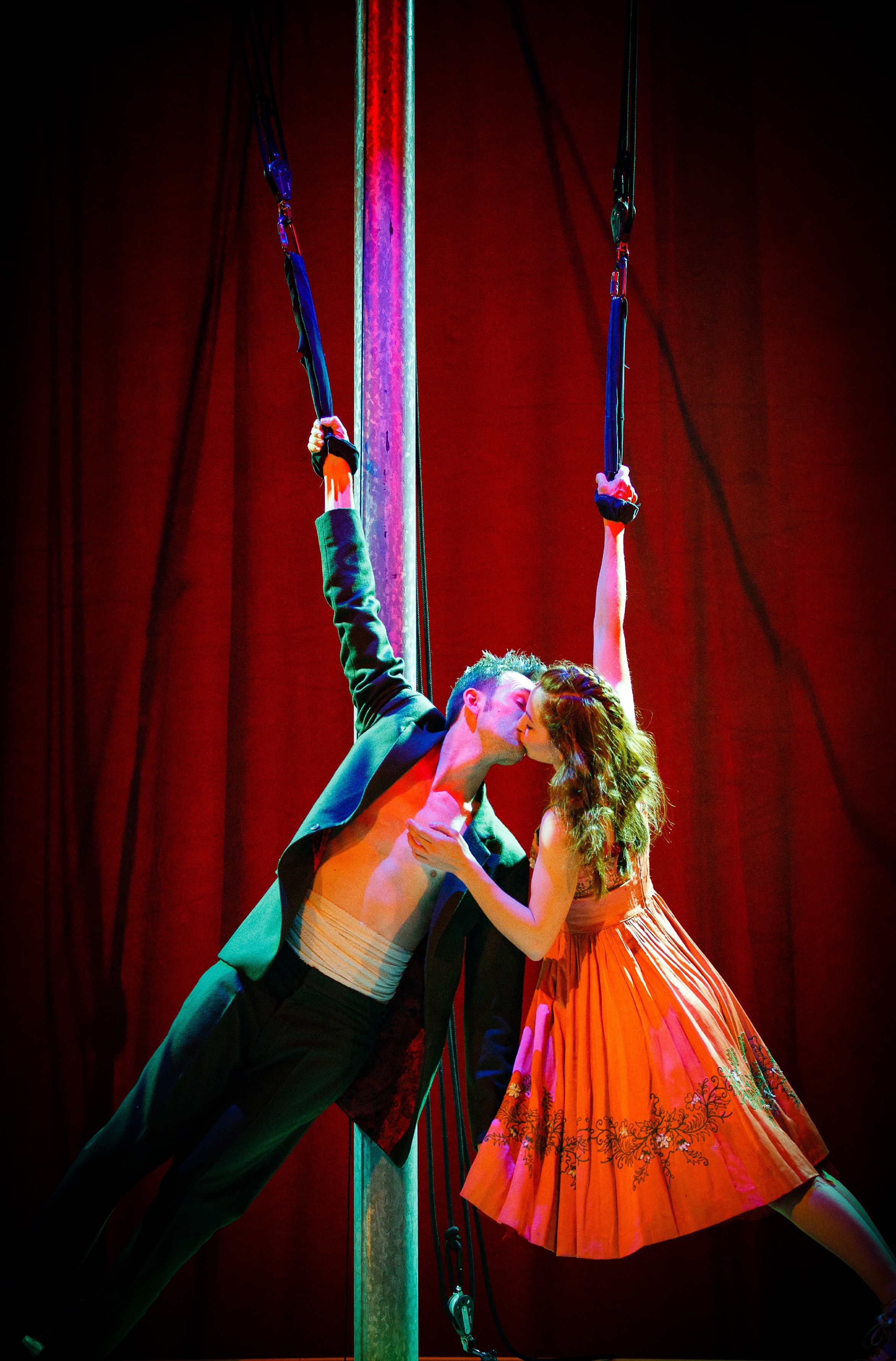 Kneehigh are rightly proud of their ‘Kernow’ heritage/identity, and there is something inherently Cornish in their storytelling. Brimming with imagination and fanciful fictions their ethereal approach is overflowing with creative ideas that bring an ancient story very much into the 21st Century.

Often credited as an inspirational forerunner for Lancelot and Guinevere, the tale explores themes of love, betrayal, and clemency, with all the conflict that lies therein.

Where some productions will shine in just a few key areas, Kneehigh, it seems, have chosen to excel in basically every form and skill they can think of.

In their use of comedy, dance, music, acrobatics, staging, lighting, costumes etc Director Emma Rice rings every last drop of talent from her cast and crew, in what is simply a triumph of performance.

Belly achingly funny in parts, impressively athletic at others and yet movingly tender, the mood and pacing is fantastic, with so much going on at all times it’s a testament to great choreography, planning and implementation.

Staging (Bill Mitchell) is provided by an extensive rabbit warren of gangways suspended above a circular platform, set against a mast that rears its head through the midst of the walkway rigging. From the off the actors exploit every last inch of this space, both horizontally and vertically with circus ropes and sheer athleticism.

Stylistically the tone feels like we are back in the fifties, with a penchant for Teddy boy suits, rockabilly dresses and neon signs, that brings to mind Mad Men at its most chic. 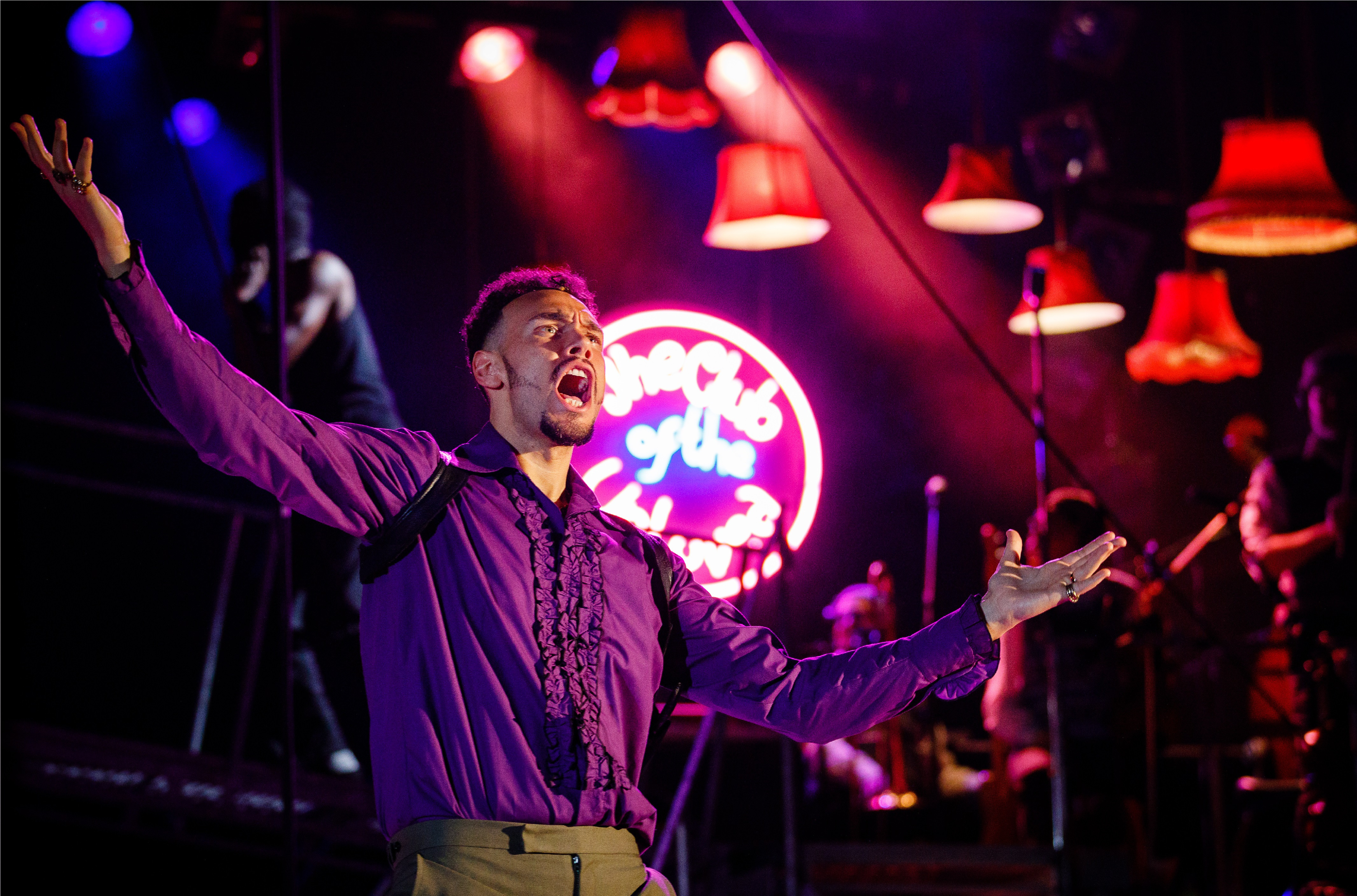 Comedy & music are front and centre in the performance, with much time dedicated to both. The comedy is a mix of the zaniness of Monty Python, with the twee slapstick of Wallace & Gromit. From the loveable ‘Love Spotters’ (glasses wearing nerds in anoraks), to the kung-fu/punk fight scenes, hilarity is never far away, and not far behind the laughter are the Romani tones of the house band.

Covering everything from Roy Orbison to Daft Punk and led by Stu Barker (ably supported by Pat Moran, Justin Radford & Elizabeth Westcott) they provide a haunting sonic backdrop (made up of violin, drums, guitar, harp, amongst others) that swells and sways like a stormy ocean as passions course across the stage.

A very self-aware performance, the actors often direct their narrative and monologues to the crowd. This interactive element, which is never contrived or forced (something that can often make the audience feel awkward and abashed) is further embraced when the performers encourage the crowd to participate by releasing a mass of white balloon simultaneously into the theatre. 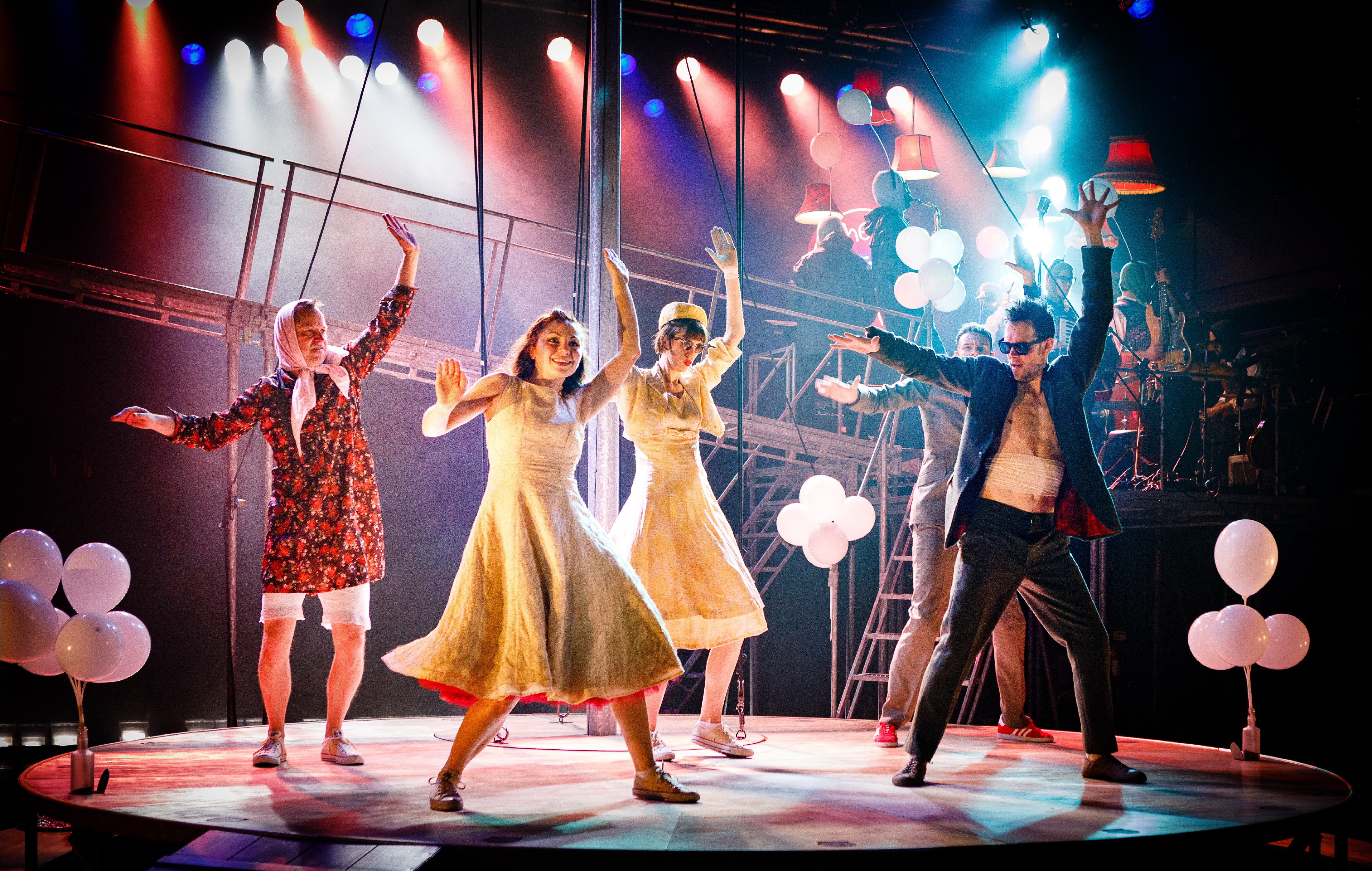 Again the cast are simply faultless here, delivering the script in all its glory, with just enough improvisation as to make the performance feel unique to us.

Kyle Lima’s Mamba dancing, kung-fu fighting Frocin is all style and clumsy scheming, and Mike Shepherd as the surly, then lenient King Mark are both brilliant but it is the interactions of Dominic Marsh as the suave Tristan, Hannah Vassallo as the enchanting Yseult (who even has time to exhibit some brilliant flute playing), Kirsty Westcott as the voguishly bitter Whitehands and Niall Ashdown as the uproariously funny Branigan and King Morholt who really set the stage alight.

Layered beautifully, with it’s wild ambition only matched by its expert execution, Tristan & Yseult remains at the top of it’s game.

Tristan & Yseult runs until July 15th at the Bristol Old Vic and tickets can be purchased by clicking here.

To find out more about Kneehigh Theatre click here.