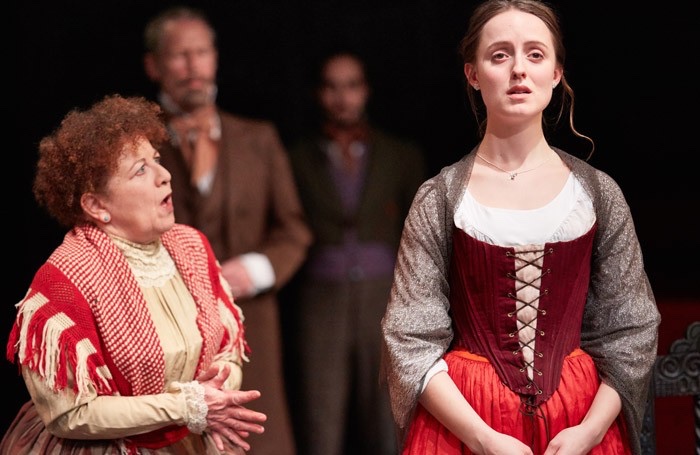 Following hot on the heels of their performance of Hamlet earlier this year, Shakespeare at the Tobacco Factory (SATTF) returns with a genteel take on the bards ‘All’s Well that Ends Well”

Perhaps not one of Shakespeare’s most well known plays, this tale of unrequited love and furtive manoeuvring is not nearly as frequently visited as many of its classic siblings.

A cursory look over the narrative gives a fairly obvious indication as to why this case of neglect has taken place over the years.

Covering much of the ground of other better-known stories, it does what the others do but not quite as well. Funny without being hilarious, fraught without being desperate, clever without being genius – good rather than exceptional, always workmanlike rather than spectacular.

Despite these initial reservations, it seems such concerns are totally misplaced as director Andrew Hilton & SATTF have done a phenomenal job to invigorate the drama with a new vibrant edge and hunted out undiscovered nuances to maximise its potential.

One such innovation is the decision to move the setting forward several centuries to an era that recalls Napoleonic, more than Tudor-era France. It’s a bold choice that SATTF pulls off skilfully.

Hussar tunics & pressed suits replace ruffs and cod pieces to give the play a mood somewhere between a Tolstoy novel and the industrial class climbing of a Dickensian tale.

Beautifully effective illumination from lighting designer Matthew Graham affords this new setting a balmy, light and spacious feel as the urbane interactions of the cast recalls a lost afternoon floating on a gondola through Oxford at the height of the Empire.

On all the levels it has been excellently cast. Chris Bianchi as the King of France is as sickly & frail as an officious occupational therapist would allow on stage, whilst chief protagonists Eleanor Yates, as Helena (with a singing voice to break angels hearts), and Craig Fuller, as Bertram, are serene and debonair respectively.

The comedy ripples throughout the performance with Paul Currier superb as the haughty buffoon Parolles.

Star of this particular imagining is Marc Geoffrey whose whimsical childlike portrayal of dance instructor Lavatch is a true delight to behold.

Tranquil sophistication as SATTF effortlessly entertain with this wonderful enactment.