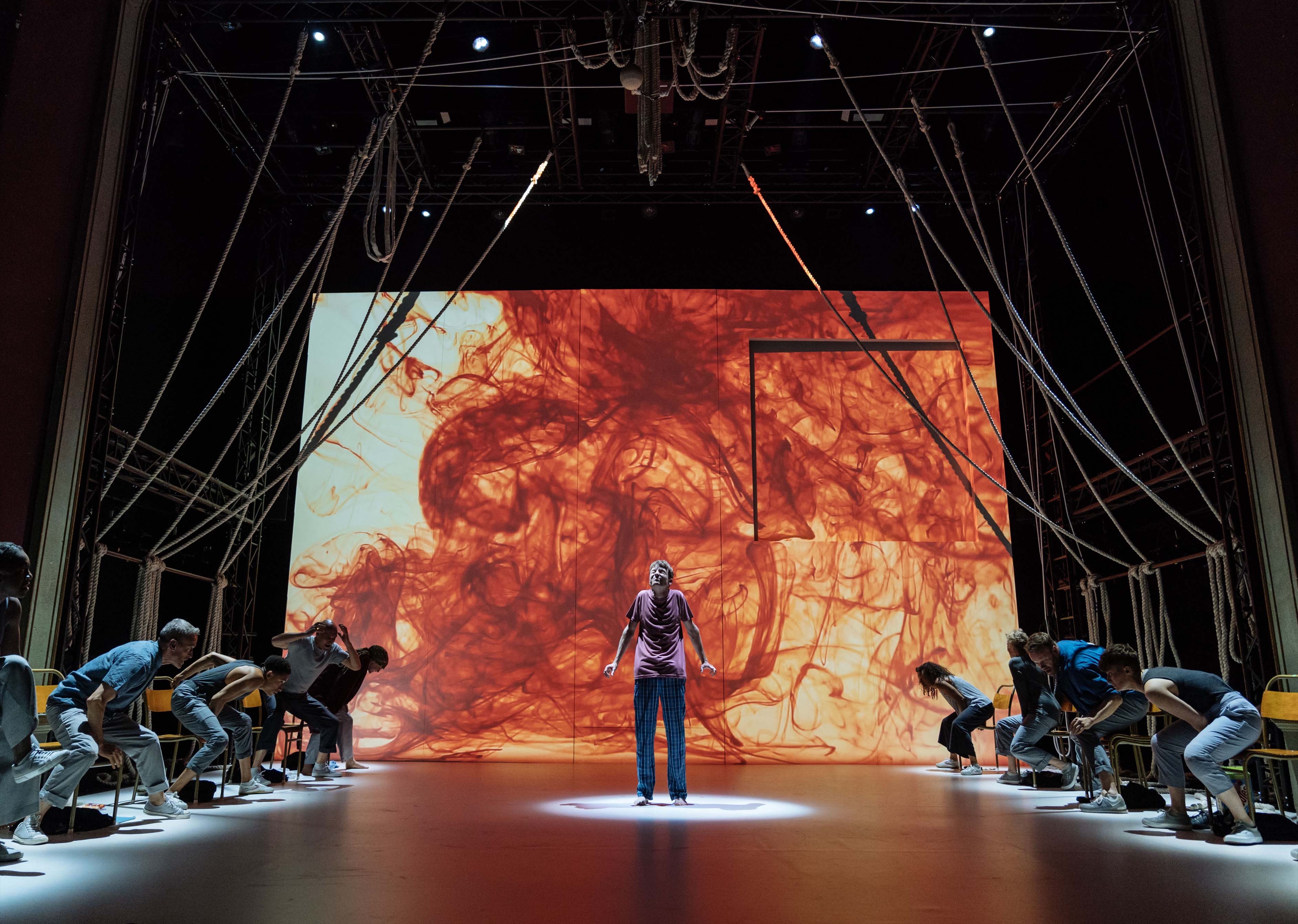 Life is a baffling experience.

What it gives with one hand, it takes away with the other. For each moment of unbridled joy there are pits of desolation & despair; every spark of creation can be washed away in an instant by tragedy. How one reconciles this conundrum has perplexed even the very best of us since we climbed down from the trees.

Patrick Ness’s bestselling novel A Monster Calls delves into the very soul of this riddle, in a heartfelt ode to the human condition.

Adapted for the stage by the excellent Sally Cookson (Jane Eyre, Peter Pan, Sleeping Beauty) the idea for the modern fable was originally conceived by award-winning author Siobhan Dowd, before her own life was tragically cut short. Ness took on the project and developed a narrative that sits somewhere between Roald Dahl, all larger than life caricatures (at times as fanciful as a Quentin Blake illustrations), and the raw moralism of The Hunger Games. 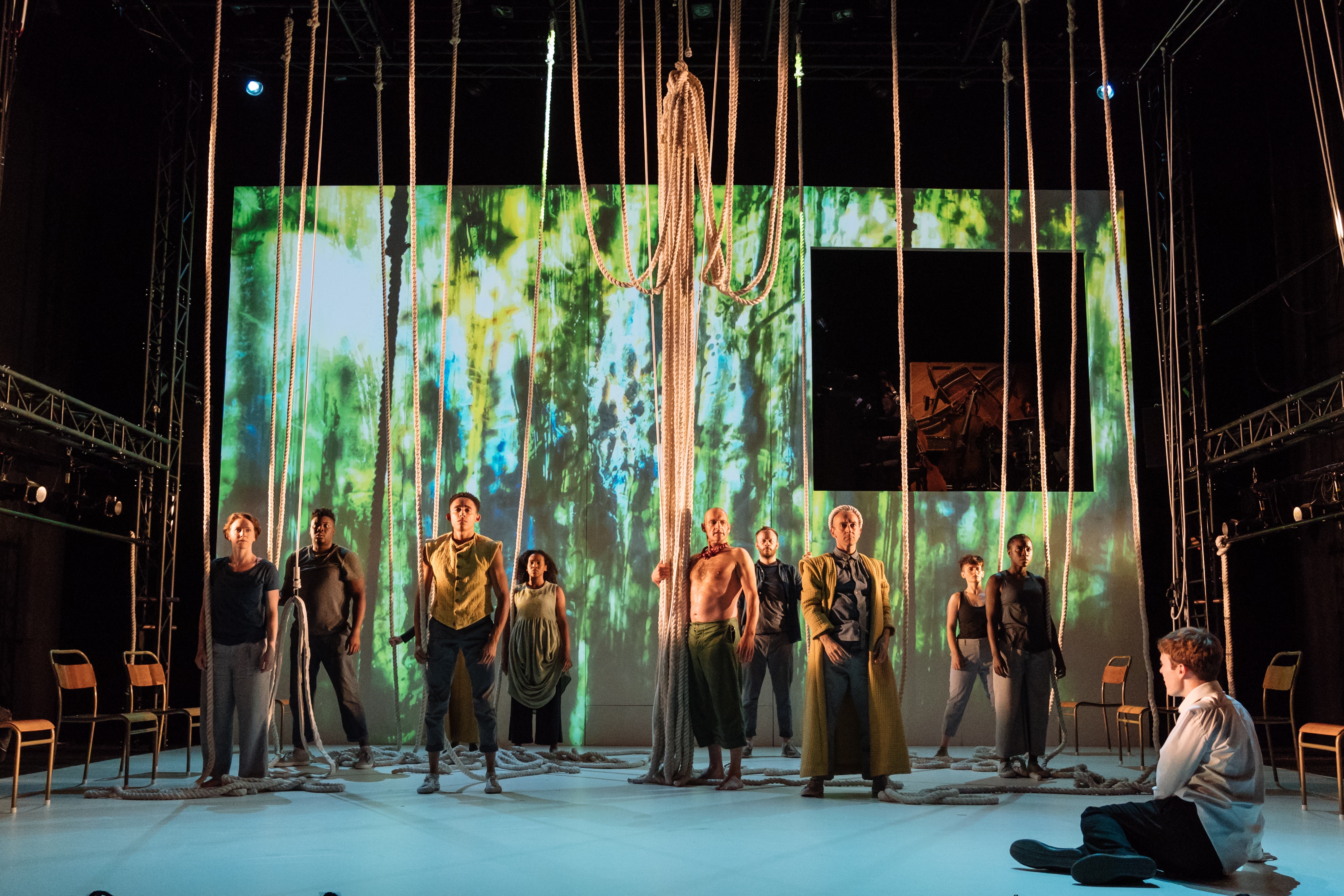 13-year-old Conor (Matthew Tennyson) is caring for his terminally ill mother (Marianne Oldham), wrestling with the prospect of her imminent departure from this mortal coil. Unable to reconcile his feelings he lashes out at the world in fits of rage and frustration. Isolated and terrified, he is unable to articulate his true feelings in any meaningful way.

Oldham is warm, loving and ever resolute as Conor’s mum. Desperately trying to shield her son with little white lies from the pain & anguish she is enduring and hanging to life with every sinew of the energy she has left. Her portrayal of the dark descent to death at the hands of the “Big C” (so familiar to so many) is most convincing; a fact no doubt aided by cancer treatment advisor Polly Meech’s work with the performers.

Central in Conor and his mother’s lives is the mighty Yew Tree that sits proudly in their garden. It is this very tree that one night “goes walking” and like some “Ghost of Christmas past” starts challenging Conor with three true stories, over the course of several midnight encounters.

Stuart Goodwin is perfectly cast as the wild and wise monster. Strong like an oak, his dark distorted voice booms across the stage as he hangs suspended by ropes for much of the performance.

Helping Conor on this fanciful journey are his well-meaning, but stuffy, Grandma (Selina Cadell), concerned teacher Miss Godfrey (Nandi Bhebhe), his absentee father (Felix Hayes) and fellow pupils former friend Lily (Whitney White), and nemesis Harry (John Leader). Each play their part well and the ensemble collectively do a tremendous job of providing impish interludes as they flank the central characters, interacting with them like an impish wind, in view but always unseen.

Emotionally we are taken through the wringer as his mother is worn down by her illness and Conor is forced to confront his nightmares. The emotional rollercoaster is so intense that even the cast seem moved by the whole experience by the time the final curtain comes down. 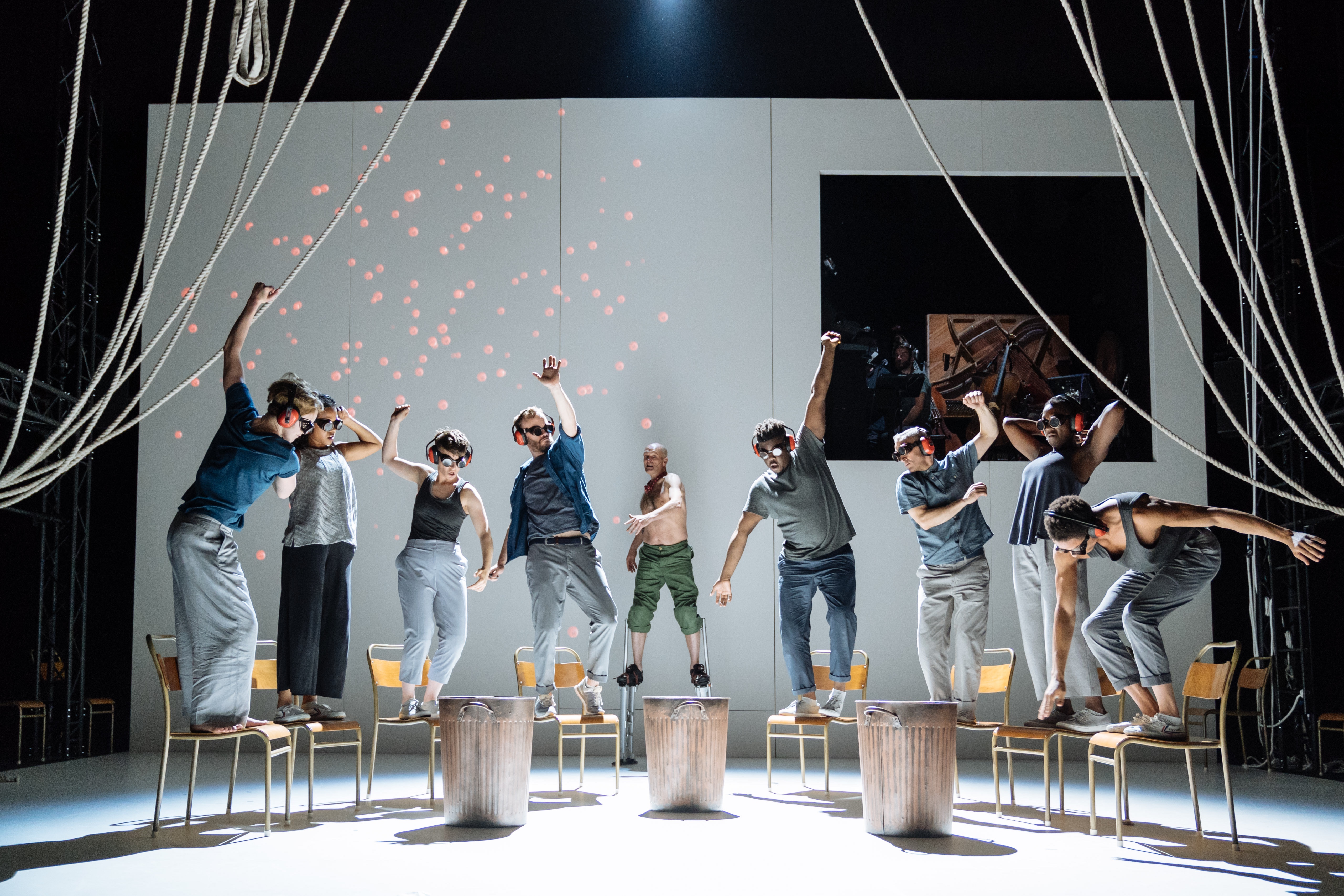 Michael Vale’s (set designer) stage is a testament to modern, minimalist Scandi style – clinically clean & uncluttered. Part art gallery, part operating surgery, its unbroken pastels extend from the large plain wall at the back all the way across the floor to the crowd. Vivid images of colour and fire are projected (Aideen Malone – lighting designer) onto the wall at varying points. Whilst high above this canvas ropes hang inanimately, soon to become the very branches and roots of the monstrous tree.

Backed by the excellent Bower brothers, Benji (composer) & Will, the soundtrack owes much to Kid A era Radiohead and boasts a heart wrenching piano signature that is perfectly paced for the more emotional moments of the piece.

The real brilliance in Cookson & Dan Canham (movement director) direction lays in how even the very mundane becomes epic. Getting ready for school, driving to the hospital, winding the families grandfather clock, all these tasks are magnified and given a vibrancy that far exceeds the actuality of the event.

Conveying such a visual story on stage is particularly challenging and is one the cast and crew meet head on with a level of professionalism and execution that is impressive to say the least.

Once the action on stage is concluded it becomes clear just how much the story resonates with the audience as tissues are sought out of bags, with many weeping uncontrollably.

Whimsical & yet deeply moving A Monster Calls is a tear jerker that leaves you winded by its authenticity.