The Comedy Garden has become a Bristol institution, year-upon-year serving up some of the finest names in comedy and packing them into a tight-knit week of shows. Opening this year’s edition were Mark Watson, Joe Lycett, James Acaster and Jon Robins, who combined to create one of the best nights in the Garden’s short history. 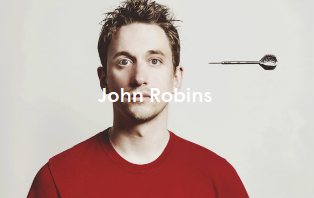 Being the compere for a comedy night can be something of a poisoned chalice. You are expected to fulfil the thankless task of warming the audience up for the main acts, getting them into a state of fevered anticipation, while also not outstaying your welcome or gaining too many laughs and out-doing the comedians you’re meant to be bigging up.

This is not the first time that Bristol-born Robins has compered the Comedy Garden, and he once again proves himself adept at using the audience to warm itself up. First up he has a back-and-forth with Gordano farmer Mike, who actually turns out to be an “arms/condom/boring stuff” salesman. Next up is Sarah, whose ex-partner is busy opening a crab shop in Bedminster. It’s all perfect material for Robins’ brand of faux-laddish “vibe” creation, and it works well in getting the audience going first thing.

Material on the Bristol North-South divide works well, as does his bemusement at how someone called Thangam Debonnaire can be the saviour of the Left. Elsewhere his gags about women’s lack of pubic hair seem a bit outdated, seeing as Brazilians outstayed their welcome years ago, and his chat with the cameraman about Stranger Things vs Queen falls a bit flat. However, as a compere relying almost entirely on improvisation, he does a fine job of warming up for the main acts. 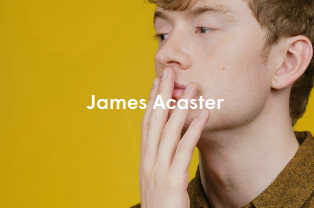 Having never seen James Acaster live before, he was the unknown quantity of the show. Half an hour later, he left the stage to raucous applause, having surely won many new fans. He immediately got the crowd on his side by claiming to be the aforementioned Sarah’s ex-partner, but that sadly his crab restaurant had burned down.

While most of his set was pre-prepared material, it was of consistently high quality, and Acaster has a knack for clever-but-awkward turns of phrase. His petition to rename bread the ‘Body of Christ’ gained big laughs, as did his extrapolation of tally charts. “Yeah, 1, 2, 3 and 4 are boring…but we all know what’s coming…” He riffed superbly on Pancake Day and the meaning of ‘shrove’, while elsewhere touching on being a telesales celebrity, the novelty of curly fries and giant Chapsticks.

Acaster seems to genuinely enjoy his own humour, a wry smile crossing his face as he slowly approaches a punchline. It manages to win over the crowd. At the end, he states that “time flies when you’re enjoying yourself more than the audience are”, although from the laughs that he received I’m not sure it’s quite true. 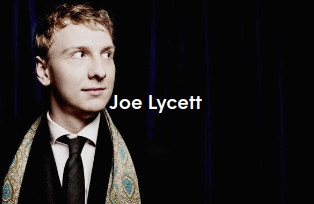 Following James Acaster comes a completely different, but equally hilarious, brand of comedy. Out goes the lethargic geekery, and in comes the acerbic one-liners courtesy of Birmingham’s Joe Lycett. When we saw him at the Comedy Garden a couple of years ago, he stood out amongst a stellar bill, and tonight he does the same.

While, surprisingly, the General Election features little tonight, it provides the opening for Lycett, who remarks upon an audience member’s “Corbynite hat”, Theresa May’s face and the fact that stupid people, like his mate Claire, are allowed to vote. As is often the case with Lycett’s material, Claire makes frequent appearances.

It is perhaps a cliche, but Lycett surely is this generations answer to Julian Clary – camp, witty and bitchy. He calls Amazon’s voice recogniser Alexa a “fucking bitch!”, and talks about conversing with a car mechanic while having an erection tucked between his thighs. He trolls bracelet engravers, as well as Facebay users and members of the EDL, and blames “fucking ISIS” for everything from his wifi printer not working to Amanda Holden being on the telly. It’s all brilliant stuff, and Lycett is surely not far away from having a significant national profile. 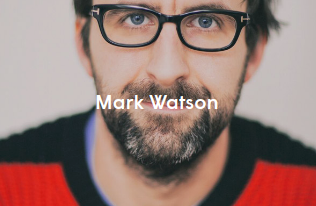 Mark Watson is an unusual brand of comedian, relying as much on his affable and likeable personality as he does the strength of his comedy. He kicks off by connecting with his Bristol roots, decrying Colston Hall for being a bit “slavey” and laughing about being mistaken for David Baddiel at Temple Meads. He mostly steers clear of the election – the world is, he argues, basically “auto-satirising” now.

He is an old pro now, and manages to make presumably pre-prepared material seem like off-the-cuff riffing. He singles out a young audience member in order to describe the “sad song” that is Right Said Fred’s I’m Too Sexy. He manages to connect his jokes to the locality, livening up fairly standard material about having kids by bringing in the fact that he lost them in @Bristol.

Watson is able to bash out strong material at will. Conversing with his children is like being “heckled by a surrealist painter”. Someone laughing in the audience long after everyone else has finished is surely “watching this on +1”. He also tears apart Robin’s earlier pube material, while never straying into brutality. It is another fine performance from one of the UK’s most consistent stand-ups.