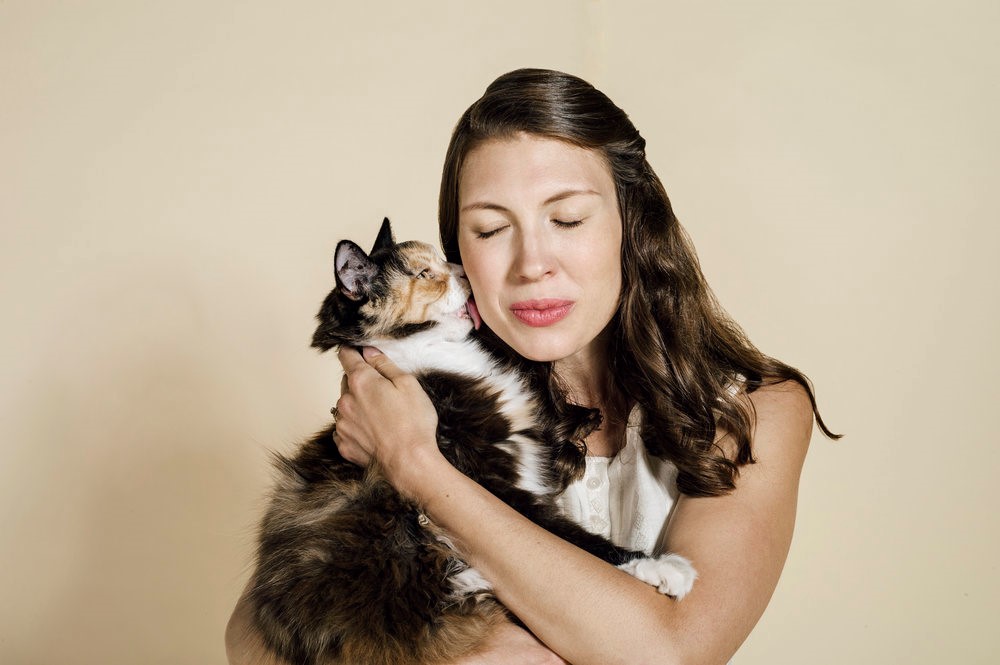 Having played London’s Union Chapel the previous evening, it’s the similarly ecclesiastical setting of St George’s that plays host to Oregan-based performer Alela Diane’s final show of a 15 date European tour. There’s even a brief moment of synchronicity when, during 2004 song ‘Tired Feet’, Diane sings “Jesus he keeps the heat out/Jesus he keeps the noise out” as a depiction of Christ himself looms high above her. It’s probably the closest thing to an authentic church experience that many of us have been privy to in a while.

No longer a place of worship (unless, of course, admiration towards musicians qualifies), tonight’s venue always makes for a sonic treat of clear sound and glorious acoustics, and – in concert with Diane’s elegant and often delicate folk tunes – it’s a near perfect match. She begins with tracks from recent album Cusp. Opener ‘Albatross’ sees a pensive sense of nostalgia (“Looking back on what I left behind”) meld with a dreamy piano figure while the beautiful ‘Threshold’ is similarly themed in its imagining the present moment as the holding space between what has been and what will soon be (“Days gone by and days yet to come”).

With Diane performing alongside just two other musicians who switch admirably between guitar, violin, cello, percussion, piano and woodwind, there’s a graceful minimalism that excels within the fine acoustics of the concert hall. The reverbed acoustic guitar solo and outro sounds particularly great during ‘Tatted Lace’ while the picked guitar, 3 way whistle interlude and the scraping brush percussion are all unmistakeably distinct during ‘Foreign Tongue.’

Sipping from a mug of tea and mostly forgoing any kind of extemporaneous comment, Diane cuts an understated figure on stage. However, in introducing a series of older songs, she describes how the current tour has been a great excuse to relearn old songs and revisit “things I wrote about when I was 21.” It’s an opening up of her back catalogue that sees a more insolent shape to the songs in comparison to the elegance of the newer material. For example, ‘Clickety Clack’ – a song we’re informed was inspired by a mean boss in a San Francisco chocolate shop – is a darker tinged example of Diane’s song-writing.

Diane’s sturdy and unornate vocals remain unwavering throughout and there are moments when she is nicely complimented by harmonies provided by her two bandmates. ‘Ether and Wood’ – perhaps the best of the new songs – features two and then three-way harmonies that adroitly replicate those provided by the Soderberg sisters of First Aid Kit on the recorded version. ‘White as Diamonds’ features a lovely acapella harmony part before segueing nicely into the song’s coda.

Another highlight arrives in the form of the haunting ‘Émigré’, a song inspired by the refugee crisis in Europe but, as Diane informs us, containing themes that continue to resonate in light of current activity at the US southern border and “our horrible president.” Weeping cello and violin duel eerily above fingerpicked guitar and the lyrics “Mothers hold on tightly to your children/As the waves are breaking violently tonight”.

Clocking in at lengths of mostly 3-4 minutes, Diane’s songs are never indulgent or risk outstaying their welcome and her style of music seems tailor made for such a venue. It’s a polished and professional performance and the songs are, for the most part, politely rather than rapturously received; when the audience stand and clap along to the evening’s closer ‘The Pirate’s Gospel,’ it’s something that could only have been exhorted by Diane herself. All being said, it’s still the best time we’ve had in church for a while.