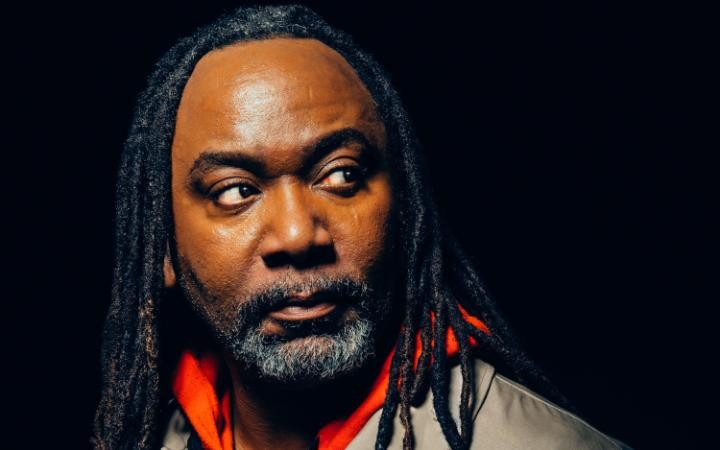 Bristol’s excellent annual feast of comedy continued with the second of six consecutive nights at Queen Square. Here’s how another top line up of standup comedians faired at the festival: 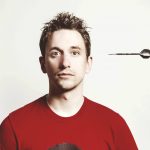 Vindicating his strong reputation for audience interaction, the Bristol born comedian is arguably the evening’s brightest light as he comfortably feeds off the crowd and remains an effortlessly charismatic host. Robbins’ easy ability to think on his feet and mine audience responses for humour is further bolstered by his clear local knowledge as he deals with the names of Bristol recruitment agencies and describes how a past cricket match against Downend 3rd Eleven was “the first time I ever saw a batsman smoke.”

Though his asking the occupations of some audience members doesn’t exactly provide Robbins with a guarantee of delivering the laughs (two audience members working in recruitment and sales causes him to sarcastically remark “it’s a real zingfest on the front row”), he nonetheless stewards the conversation skilfully and even manages to derive humour in his sardonic reactions to obvious comedy cul-de-sacs. Robbins hits on a couple of comedic gems when he lands upon a struggling actor who once had an unpaid role in a film called ‘Blood & Bones’ and two audience members working for rival CCTV companies. Robbins’ pre-written material – domestic content about his relationship and bin bags – is charming enough but slightly pales alongside his improvisational elan. 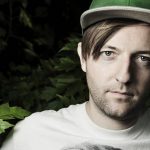 With the EU referendum an unavoidable theme of this year’s Comedy Garden – and inevitably for a long time to come yet in the comedy world – the sense of bewilderment and betrayal for Remain voters is perfectly suited for the acerbic tones and misanthropic worldview of the angry Irishman. Before delivering a strong laugh with the mocking of his own “lesbian lego Hitler haircut”, Maxwell relishes in his railing against old people who “think Dad’s Army is a documentary” and asks, by their voting Leave, why they would want to “piss off their future carers.”

Continuing the Brexit theme, he targets UKIP by highlighting the contradiction of why so many foreign people would desire to live in a country that was supposedly “fucked” and is mystified at the notion of “voting with your gut.” Maxwell’s sets up a stance of feminism before shooting it down when he suggests that women should take over the world and material about his (actual) Muslim wife gives him scope to neatly play on the racist/sexist sensitivities of the audience. Elsewhere, Maxwell includes a recycled routine about Bob Marley and the strength of today’s marijuana that was heard at last year’s event. 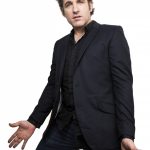 While the Canadian comedian’s material rarely manages to be particularly inventive, Stade is able to derive laughter from both his rasping charisma and the clash between his North American “otherness” and the quaint characteristics of his adopted homeland. Stade’s material on the lameness of Trip Advisor’s top recommendations for Bristol (Avon Valley Railway – “we go 3 miles and bring you right back again”) and talk of clothes shopping in TK Maxx would be all too pedestrian if not for roaring Canadian incredulity. There’s also an over reliance on the comedic punch of the F word.

However, Stade has an ability to extract a few comedic gems from within his largely everyday tales: His spying of a ludicrous 48-30 sized pair of jeans in Gap is seemingly only fit for men of an egg shaped persuasion, he comments on the refugee crisis by picturing the next generation of Syrians hustling for 2-for-1 offers in Wetherspoons and neatly sums up the absurdity of his homeland’s jaywalking laws. Though small instances of audience interaction feel as contrived devices for Stade to get to his next joke, he happily hits on the always amusing mention of “beavers” when he requests a fact about Canada. 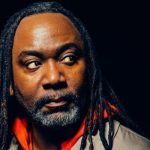 Warning the audience that he is rather “loose with language,” the Georgian comic effectively paves the way for his use of the N-word and a successful first joke about how he is likely just to use it as a “floating pro-noun” when asking for crisps. Hunter keeps it Brexit free save for an anecdote about his confused 97 year old father’s hilarious misunderstanding of the 52% Leave vote. With his Southern drawl and affable laidback demeanour, Hunter is an engaging presence but his material inconsistently sways between the solid and the sometimes predictable.

Hunter’s description of his recording a documentary in the Deep South for the BBC leads to the absurd situation of his anxiously being made to dress up in public as a Confederate general. There’s the occasional sense of Hunter treading the well-worn path of racial difference but, in his reporting of apparently still existing attitudes in his homeland, we can give him the benefit of the doubt. His best moments arrive with his no nonsense rebuttal to his niece coming out as a “celibate bisexual” and his brother being caught up in Mississippi flooding with a heavy supply of cheese puffs.