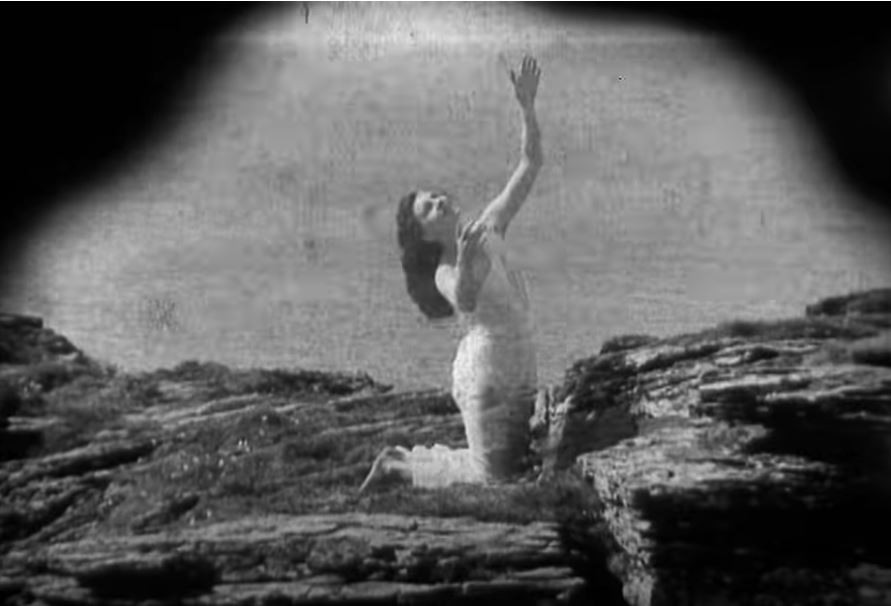 From clips of quaint countryside traditions to flirtatious paganism and sudden bouts of crowd violence, Paul Wright’s 2017 film Arcadia took a coruscating flashlight to British people’s relationship with the land. Sewn together from a scouring of 100 years of archive footage, he covered the contrasting seasons, taking in folk carnivals and fetes, masked parades, raves and harvesting. All of which was brought into dazzling focus by a soundtrack from Adrian Utley (Portishead) and Will Gregory (Goldfrapp).

At St George’s, that soundtrack is performed live by Utley, Gregory and seven other musicians, while the film thunders across a screen behind them. The haunting strings of Drew Morgan, Zami Jalil and Francesca Simmons, the unearthly voices of Lisa Knapp and Victoria Oruwari, all complement beautifully the early scenes of bucolic life in pre-motor car rural England. Timelapsed seedlings uncoil from the soil, mould spreads centrifugally. Cherry blossom hangs heavy on trees, farmers sow seeds by hand and Suffolk Punches pull a plough through a field.

Such early scenes of idyllic countryside life draw the viewer into a false sense of serenity. Wright soon pulls out of such reverie to show the British land – and hence it’s people’s nature – in all it’s oddity, violence, magic and contradictions.

Contradictions are shown up through sharp edits and juxtapositions. In Little England, a man tenderly pleaches his wisteria into the words “Praise the Lord.” In the next instant, Wright has cut to paganist ceremonies as young women are pronounced as May Queens, frolic around a pole and pose semi-nude at the top of waterfalls as if they are Aphrodite reincarnated. Staid Britishness comes in the form of polite, refined dancing in a village square. Moments later, the madness of the country is magnified as men parade through the streets whipping burning barrels of tar around their heads as crowds watch on.

Best of all is a superb, savage evisceration of blood sports. The campness of fox hunting becomes farcical as it is juxtaposed with old footage of men riding emus, boxing kangaroos and galloping along on zebras. As aristocrats mount their steeds, two pals jump onto the back of a huge bull, who stands around looking nonplussed. Utley and Gregory’s soundtrack becomes violent as horses thunder past the camera. Hunters destroy hedges and walls, and eventually the horses themselves as they lie dying in ditches.

There is a significant hallucinatory element to the film and soundtrack. Plaited hair lies amongst a sheaf of wheat, making it unclear where one ends and the other begins. Marching children are intercut with threshing machinery. Stonehenge is guarded by a solitary bobby on the beat. A stunning starling murmuration wheels through the sky in such a beautiful pattern that it is hard to believe that it isn’t digitally-enhanced. As the footage blinks from black and white to colour, the soundtrack pivots from lilting melodies to throbbing electro. 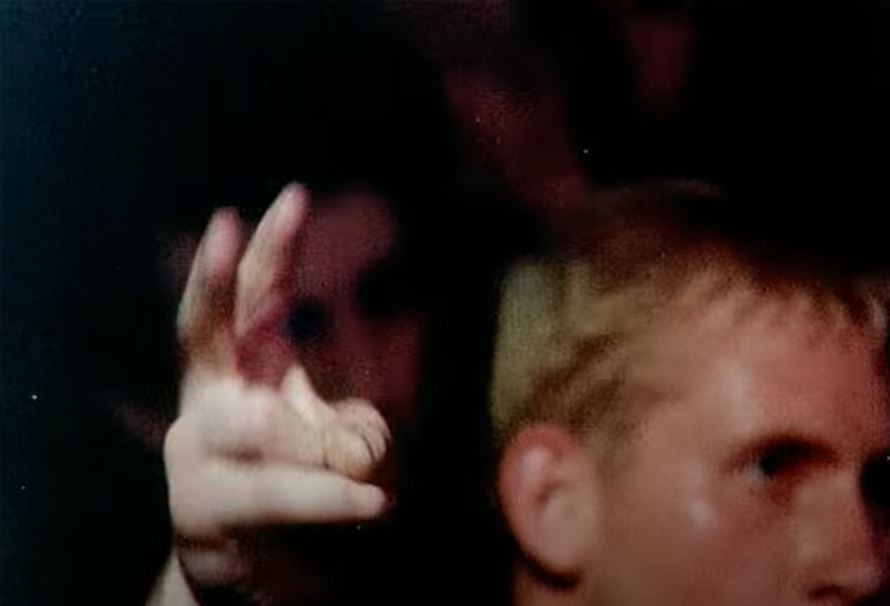 For those interested in land rights, natural heritage and environmental destruction, the film – mostly made up of silent footage – says more than many others could using 10,000 words. Commercialisation rips up the countryside – literally – as machines are used to tear up “dead undergrowth” and pull down trees, and bombs blow up hedgerows. The white heat of industrialisation reaches the country’s pleasant pastures as a helicopter zooms across a field spraying the crops, timber is felled to lie in huge piles like many gigantic matchsticks, and plastic is poured into the ground at landfill sites. At the start of the film, the hymn Jerusalem plays over scenes of golden hills, flat-capped village children walking to school and rural folk embracing each other. At the end of the film, Utley and Gregory cut through the increasingly apocalyptic footage with their own twisted, synthesised take on Jerusalem.

Arcadia comes as a timely reminder of all those things we have lost – quiet lanes, a connection to the land, neighbourly trust – but also of all the things that we still have the power to reclaim. Youth culture offers a vision of greater appreciation of our natural heritage. In the film, the two Summers of Love rely on the land – the 1967 edition through flower power and the 1989 edition through its reclaiming of land for raves. Elsewhere, young men launch themselves down a Gloucestershire hill chasing cheese, and children splash in the river and perform roly polies. Meanwhile, an old politician states that the British public are too “sensible” to consider anything as radical as socialism. We can only hope that the recent rise in wild swimming, mass trespasses and other ‘radical’ manoeuvres lead to young generations recovering land which should be commonly enjoyed.