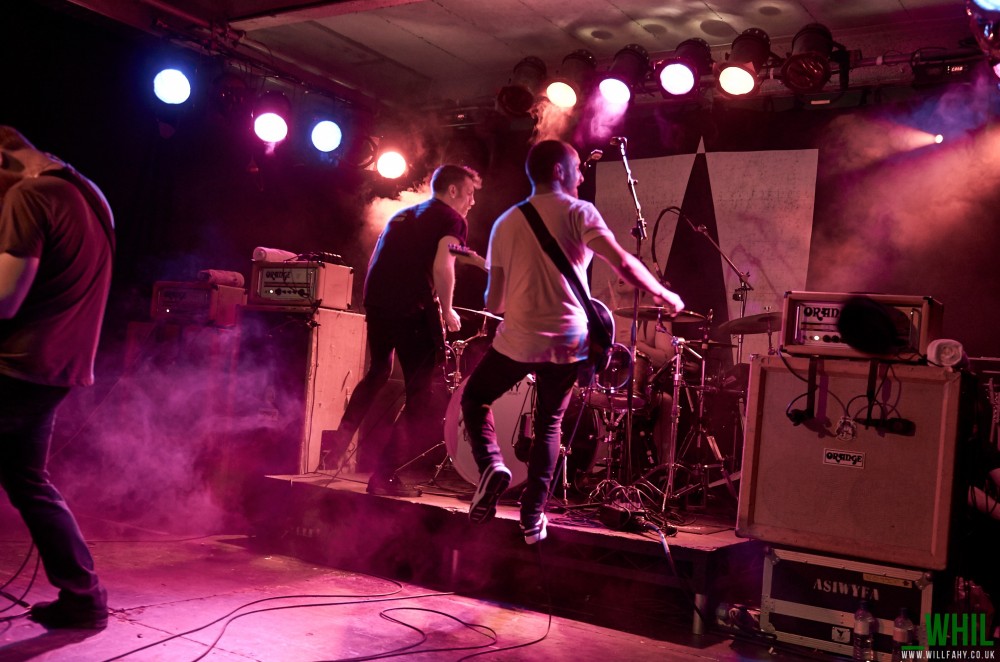 Watching And So I Watch You From Afar (ASIWFA) really is like being in a post-rock tumble dryer.

Tossed and turned from this side to side, it’s a choppy but pleasantly warm experience that leaves you feeling a little woozy from all their forceful spinning.

An incredibly diverse and tricky blend to perfect it’s something they have wrestled with for awhile now, having already released three albums and currently touring in support of their fourth, Heirs, which comes out on May 4th.

And it’s the new album that they lean on to get things underway initially.

Considering the album has yet to be released it’s a brave move to start with three relatively unknown songs, but as guitarist Rory Friers explains later “we’ve been working on this album for 10 months now and we’re really excited to finally be able to share it with you”.

Kicking off with the monk like chanting of ‘Run Home’, repetitious rhyming of ‘These Secret Kings I Know’ and the Arcade Fire esque ‘Wasps’ (think a darker ‘Haiti’) there’s still a lot of what has defined the best of ASIWFA to this point but it also indicates a progression in their song craft – somewhat softer and more refined. 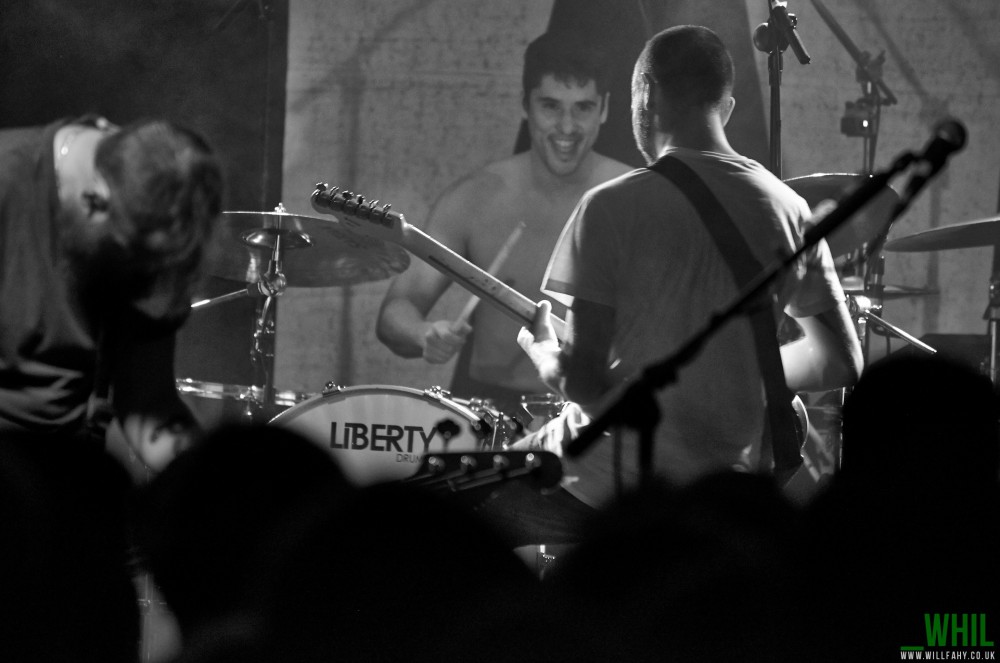 The crowd’s relative ambivalence to the new songs is surely just a case of unfamiliarity rather than the songs lacking in anything as such but it does make for a somewhat tentative start.

It’s only after the third song the band say anything at all. And when they do open their mouths its to confess that “there are more people at this gig then all our previous shows put together! So, thank you Bristol.”

Old classics ‘BEAUTIFULUNIVERSEMASTERCHAMPION’, ‘Gang (starting never stopping)’, ‘Eunoia’ and ‘Big Thinks Do Remarkable’ remind us of their implausible shredding mastery in all its euphoric positivity as the crowd matches their on stage enthusiasm and explodes into almost universal moshing and crowd surfing.

And this is where ASIWFA really excel – in that muscular commandment of their audience, throwing themselves so deep into the bond with their followers that its hard to know where they end and the crowd begin.

Still pounding the Maths-rock drum and achieving good results ASIWFA finish up their UK tour in London tomorrow before heading to Europe.

Kevin McGough
Photos by Will Fahy