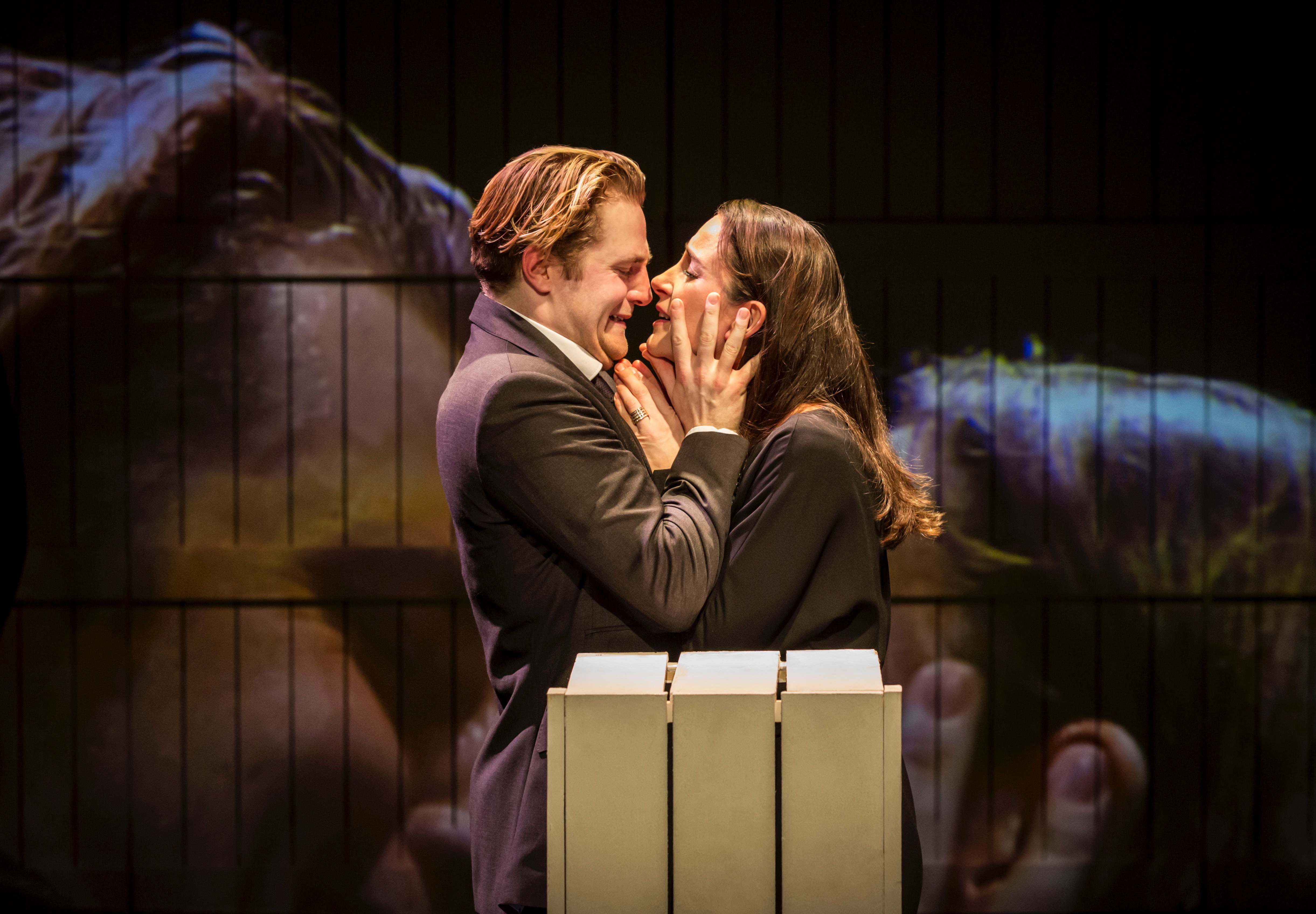 From the perfect footing of the choreographed opening to the dramatic oil painting snapshot finish, Cheek by Jowl’s retelling of Shakespeare Winter’s Tale is a truly awe inspiring work. And barring a confusing 10 minutes in the second half this is simply faultless theatre, achieving excellence in every field it try its hand.

Recast in a very modernist setting the performance (especially the first half) uses simple but utterly captivating sets, interesting use of contemporary technology and movement to enthrall the audience into this tale of unfounded jealously, madness, love, comedy and, eventually, redemption.

Visually Declan Donnellan’s direction, ably executed by the whole production team (Nick Ormerod – Designer, Judith Greenwood – Lighting Designer), is cinematic in its composition. From the simple white picket fence cargo container that sits at the back of the stage overseeing proceedings (and also doubling as a projector screen), to the dramatic death of Antigonus (Peter Moreton) at the hands of a virtual bear the mood and execution is spot on.

The pièce de résistance of the fantastic imagery must be the startling trial of Queen Hermione, which drips with such oppressive overtones as to evoke George Orwell’s Big Brother. 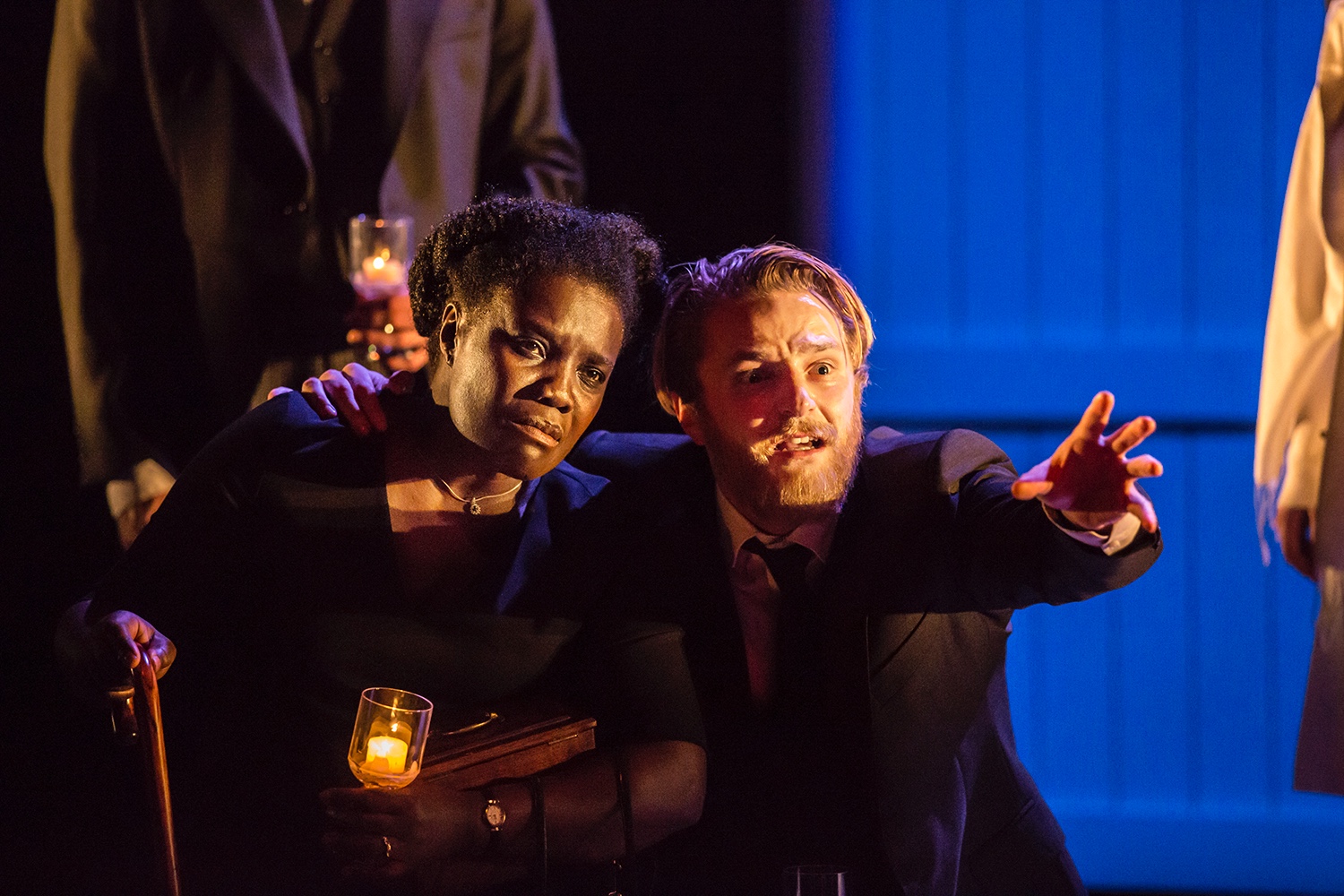 From the intensely bi-polar Leontes, King of Sicily (played by Orlando James), to the bewildered Queen Hermione (Natalie Radmall-Quirke), to the unadulterated charisma & circus of Autolycus (Ryan Donaldson) the cast plays their part too. Joy Richardson as Paulina (and also Mopsa), reprising a role she also played back in 1997, is faultless. Playful and haughty, her comedic timing is brilliant.

Pushing the boundaries, as much as this performance does, can come with the potential for a misfire, and the odd 10 minutes (part Jeremy Kyle part Guy Ritchie gangster film), which starts the second half just feels somewhat out of step with everything that precedes and follows it. One can appreciate the experimentalism in the form but on this occasion this just doesn’t feel necessary or germane.

Yet, quickly this misstep recedes into memory as we move toward the epic conclusion that has the symbolic ambiance of an oil panting to be puzzled over throughout the ages.

Captivating in its cinematic brilliance Winters Tale is a superb reimagining.