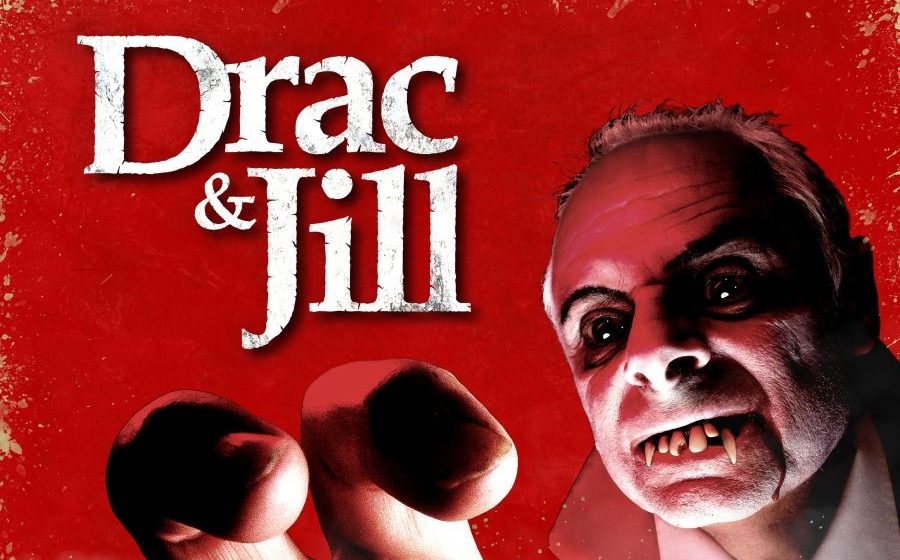 Christmas is here again, and, for those in the know, the best thing about the festive season is the Christmas show at the Wardrobe Theatre. That’s right, forget the big budget pantos in other parts of town – this really is the funniest, crudest, most heart-warming theatre to see at this time of year.

The Wardrobe Theatre finds itself in an enviable conundrum. It’s Christmas shows have become a cult hit, bringing in sell out crowds with an expectation for alternative, genre-busting, fairytale-mashing belly laughs. Expectation is high, but this year they have managed to eclipse even previous shows with Horror-Romance-Comedy outing Drac & Jill.

The scene is Transylvania in the late nineteenth century. Bristol solicitor Jonathan Harker (Tom Fletcher) is bitten by Dracula. To save him, his fiance Mina (Caitlin Campbell) must hunt down the bloodthirsty count alongside rebellious nun Sister Frances (Alice Lamb), desperate to prove herself to fellow God botherers. In their quest they stumble upon repressed sexuality, mystical beings, and the terrible truth behind the folk tale of Jack and Jill…

It’s all incredibly funny, with consistent laughs throughout that play upon pantomime themes but make them much darker, more erotically-charged, and, basically, less naff. Geeky nuns play Nungeons and Dragons. Popular nuns Margarita, Florentina and Deep Pan Pizza bitch about Sister Frances’ fishy fanny. Meanwhile, the intrepid vampire hunters are turned away from Garlic Revolution night club by the bouncer on the grounds that “it’s Dicks before Chicks I’m afraid ladies, it’s a total clam bake in here.”

The performances are incredible all round, with Mina acting well as more of a straight character for the other acts to whirl around comically. The stand out is Dracula, played by a devilish Corrina Buchan with a terrifyingly large gold strap on, leering about the audience with insuppressable lust. Sitting on grey haired audience member Alan’s knee, she talks about going to see Dick Whittington at the Hippodrome. “Do you like Dick?” “Always,” he responds. Elsewhere charismatic vampire hunter Van Helsing (also Fletcher) is introduced as a Natch-swilling karaoke singer with a swaggering beer gut.

From mispronouncing Count Dracula as “the Coont, the Cunt” to leading an audience singalong of Madonna, this has to be the most fun to be had in a theatre this side of New Year. If I sound sycophantic, it’s because I am. Do not miss this!