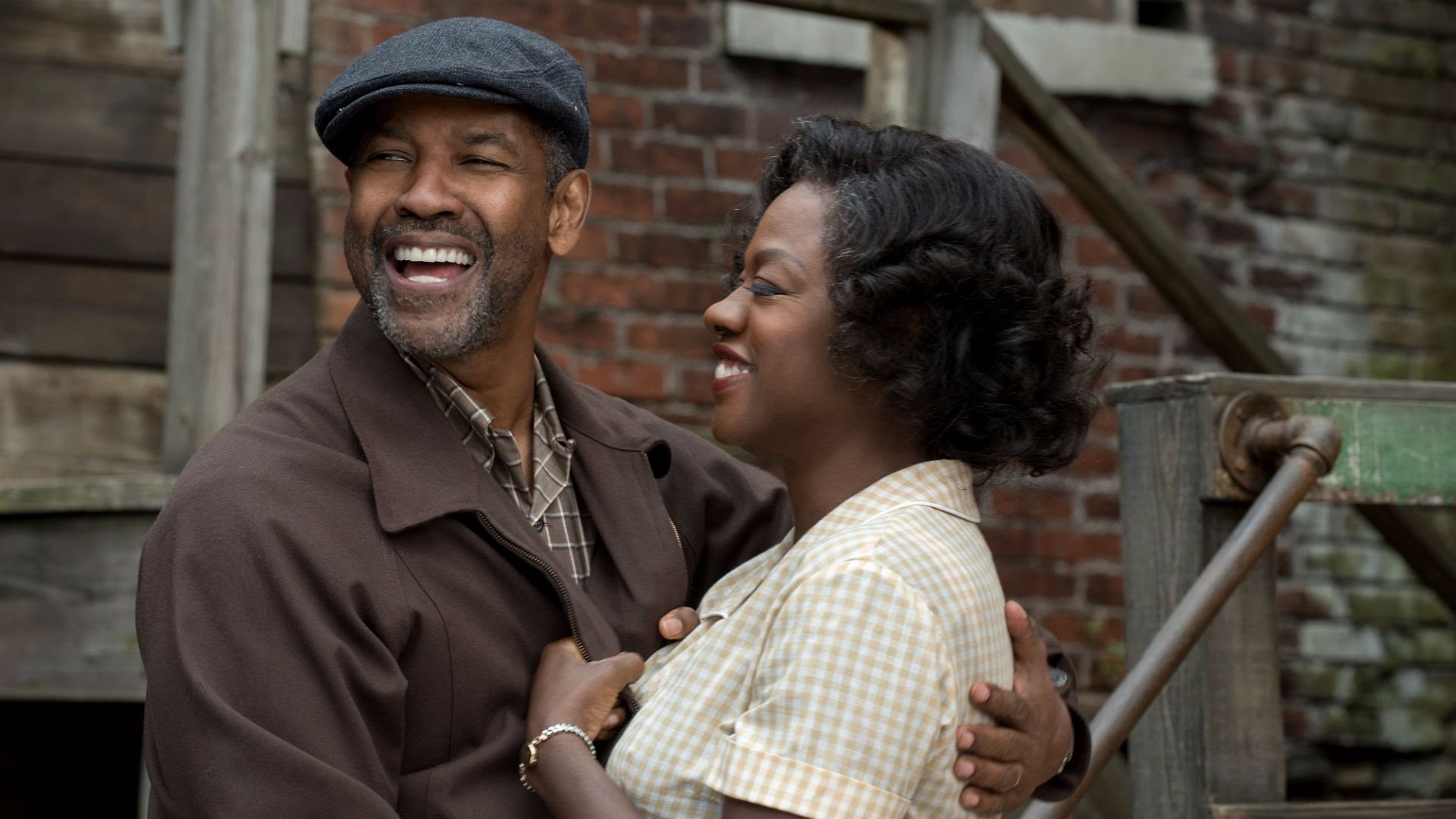 Fences is very much a straight adaptation of the play of the same name and when I say straight adaptation I mean it’s genuinely like watching a well-shot recording of a live performance. Star and director Denzel Washington brings the stage play that he and Oscar winning co-star Viola Davis starred in for a run of 13 weeks in 2010 to life, offering an extremely close (and sometimes even limiting) adaptation that nonetheless feels justified primarily due to the performances of the whole cast.

On a technical level, Fences is somewhat sparse. Offering very few locations and opportunities for different editing and lighting styles, the film very quickly becomes familiar. Indeed, the backyard of the Maxson household unquestionably transforms into the proscenium arch of our story, and the film rarely leaves this setting.

And within this setting is where we get to see the main draw and triumph of this project, the mighty powerhouse performances of the whole cast. Each actor truly inhabits the character they play, disappearing into the role completely in a way that’s uncommon nowadays. Of course it helps that of the film’s minute 7 member cast, 5 were in the same 2010 revival run. Denzel brings patriarch Troy Maxson to the screen with a swaggering confidence, capturing the nuanced role deftly as the character tumultuously swings from mood to mood, sometimes being a friendly drunk romantic with a cocky confidence in the way he tells a story to suddenly breaking out into a cold and deep rage that can be either explosive or cuttingly subtle.

It should be noted that, again, due to the inherently externalised performance style of a stage play, many scenes are made up of long and emotive monologues rather than a traditional dialogue structure. This isn’t to say that the film’s somewhat avant-garde or anything in its performance presentation, merely that the characters are very loquacious. They talk long and fast, bouncing from subject to subject quicker than you might expect. Though it must be said that Washington is usually shouldering the majority of these long stretches of dialogue, holding court in the backyard set of the house exactly how he would on stage on Broadway.

So how does one go about upstaging the man who directs the film and has the lion’s share of the dialogue and screen time of the film? By being Viola Davis in the role of Rose Lee Maxon, Denzel’s on-screen wife and winner of the 2017 Academy Award for Best Supporting Actress for the role. Davis is emotionally destroying, bringing a pain and reality that features a variety of subtle and realistic tics that outshines Washington’s occasionally over the top style.

Davis truly is the gem of this film, and it pains me to not go into more detail about it lest I spoil it, but suffice to say, she has plenty of emotions to play with that go above and beyond many of the female performances last year. In fact, it’s odd that Davis wasn’t nominated in the Best Actress in a Lead Role category, but I understand that this was her own choosing. Whether its modesty on her part or perhaps even a political play, Davis more than deserved the award last Sunday and the film is all the better for it.

As mentioned before, Fences does tend to be slightly limited in Washington’s self-imposed dedication to upholding the late playwright August Wilson’s artistic integrity to the absolute letter. Sometimes scenes, particularly in the final act, do tend to drag, and while I’m not advocating wholesale deleting, maybe some editing finesse would have tempered those issues. Also, to put rather bluntly, there’s some aspects that don’t particularly translate well from stage to screen and come off rather saccharine or even silly. There’s not many of those moments, but sometimes they’re noticeable.

Overall though Fences comes highly recommended for its stellar performances and engaging story – but see it quick because it’ll probably be out of circulation soon!