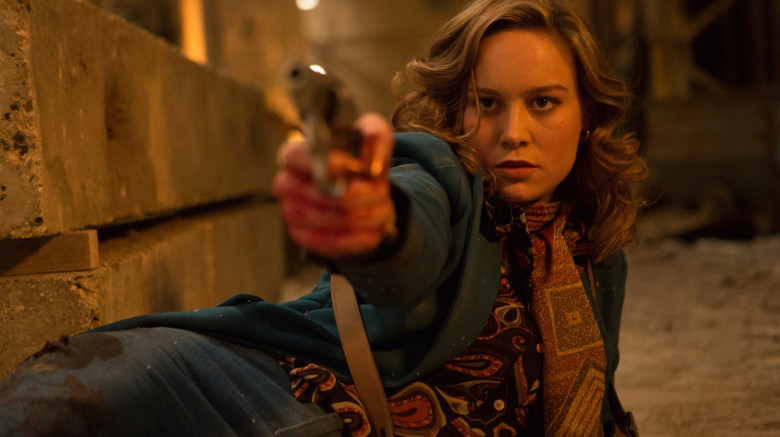 Free Fire is a welcome return to form for Brighton-based filmmaker Ben Wheatley following last year’s somewhat divisive High Rise. Yet while marking a seeming return to form in terms of quality of filmmaking, Free Fire proves to have a refreshing sense of difference to the rest of his filmography which in turn allows us to essentially have the best of Ben Wheatley’s directorial traits while still exploring new ground.

What stands Free Fire out from the rest of Wheatley’s films is that it doesn’t feel like it’s attempting to ape a particular genre of film from the 70s, instead giving us a much more fluid post-modern style that clearly feels influenced by other forms of genre cinema yet doesn’t actively try to pin it down to one particular film or movement. Instead the film seems to just be a celebration of a simplified idea of what 70s filmmaking principles are, in that it’s a pulpy, funny and no-moment-wasted action film that one could watch as being the B picture of a double feature.

Curiously, the aspects that intrigued me the most was how Wheatley was able to use film form to deceive the audience into feeling just as tense and confused as the characters are feeling in the gun fight. Despite having ample opportunity and even motive, we never once see a proper wide shot of the area in which the film is taking place, confusing the audience on the perspective of where characters are in relation to each other and just generally throwing all standard sense of spatial awareness of the performance space out the window. Furthermore, the film’s gunshots are loud. Like, really loud. The sound mix should take front and centre applause for really making us feel like we’re in and amongst the carnage. These are interesting techniques being applied to the film yet one can’t help but wonder if people will take those exact techniques as negatives to use against the film.

Performance-wise everyone offers up serviceable realisation of the characters, but truthfully there’s not a great deal that the script demands of the actors. The screenplay, co-written by Wheatley and his illusive yet ever present writing partner and wife Amy Jump is the real shining achievement of Free Fire, pulling together a group of funny and rich characters that manage to leave their mark and identity on the viewer right before the bullets start flying, by which then all character development moving forward is strictly limited to “Do I take cover there? If I turn left will it kill me?” levels of basic survival and nothing else. It’s a risky move but fortunately the lack of plunging depth in its characters is more than made up with the punchy and numerous jokes and sight gags, which never feel out of tone or unearned by the film.

Overall Free Fire works because it’s an unpretentious film that tells the story it wants to in a way that’s subtly engaging and crowd pleasing at the same time. It comes as no surprise that Martin Scorcese is credited as an executive producer on the film because it’s very apparent that a younger and more joyous him would make a film such as this: an acton packed, well made film with great characters that you’ll still be discussing on the bus home.