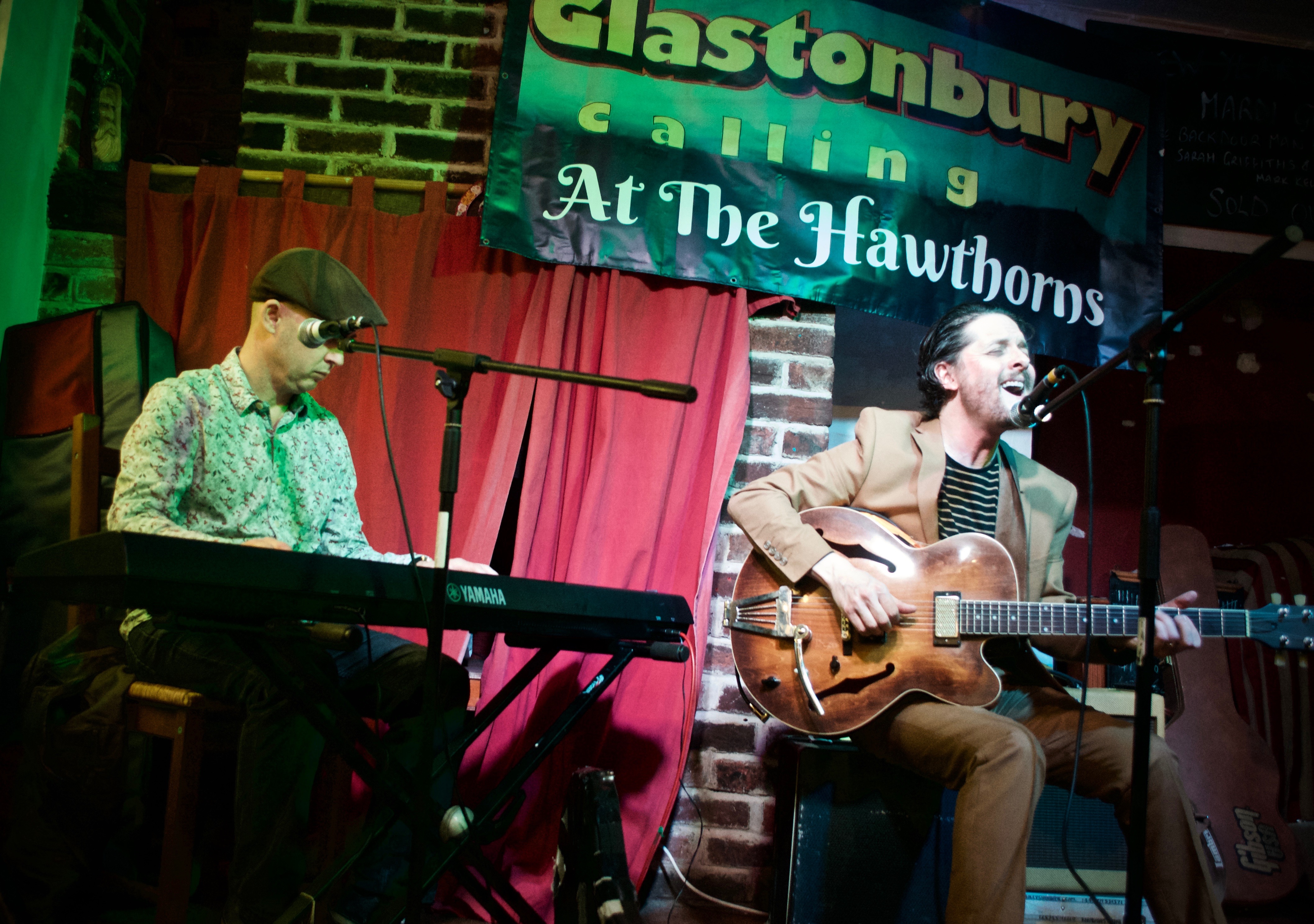 The vision was simple – one ticket giving music loving punters access to six venues in Glastonbury where they could enjoy wall to wall performances from leading talent from across the south west. In only its second year, just having Laid Blak on the bill was a huge stamp of approval and a tip of the hat to last year’s success, but no one involved could have dreamt up the reality of a triumphant sold out 2017 event as Somerset residents, not just Glastonbury’s, embraced the idea and the ethos created by The Calling’s founders Ian and Karen Liversidge.

Being available at £10 a ticket, all logic and reason would point to a sell out event – joining the aforementioned titans Laid Blak were a host of impressive acts that all draw huge followings – Mad Apple Circus, Flipron, Swampgrass, The Imprints, Shoot The Moon, Katey Brooks and Lee Rahn to name a few. Admittedly, great value, right? In reality, we all know that getting people to commit to a multi-venue event on a cold February day can be difficult though and it’s a testament to the quality of the 2016 event that they were able to create an early legacy and reputation that’s now been further enhanced by this day of memorable performances. The bill was beautifully composed, spanning genres to make it accessible to a wider audience with each venue offering something unique.

Unfortunately, I wasn’t able to make it to every venue due to the quality of what was on offer across my three favourite gig spots. I started at The Hawthorns and took in the gorgeous vocals of singer-songwriter Lee Rahn, a bit of a local cult hero whose trips back to the south west always spark excitement and leave open-mouthed punters in stunned silence and basking in a sense of awe by the end of a set. Following him was the wonderfully fun The Bad Cowboys who can’t fail to put a smile on your face with quirky and catchy compositions with their song about going to Bristol on the 376 bus being particularly delightful. The Hawthorns has always been a popular venue and creates a beautiful, intimate atmosphere for the likes of smaller acoustic and singer-songwriter gigs in particular (though also great for a full band affair) and recent renovations has enabled more people to pack into the space without losing its heart.

Bocabar’s line-up was particularly vibrant and lively with upbeat folk and ska in the form of The Imprints and Mad Apple Circus creating a bouncy, joy-filled tea-time offering. Always a great venue for live music, Bocabar in association with the Red Brick Building community project has a rising reputation for bringing big music acts to Glastonbury with Beans On Toast, Dr Meaker and Bare Knuckle Parade all being booked of late and The Calling’s draw was on a par as it was packed to the rafters way before big hitters Shoot The Moon and Laid Blak were to play. By all accounts it was majestic, but for me, The King Arthur and the powerhouse that is Swampgrass and their exceptional guitarist Brad Lister was my next stop.

In my opinion, The King Arthur, which The Calling’s Ian Liversidge describes as a ‘mini Fleece’ just encapsulates everything that a gig venue should be. Rough around the edges, hot and sticky when packed in, but steeped in history with walls covered with the gig posters of those who have graced the pub’s famous backroom down the years. Swampgrass are a fitting act to play this (and many bigger) type of venue – it’s blues, but with a rockier vibe and sheer power and swagger – and jeez Louise they’re a talented bunch – Sharon Honeywell’s vocals pack a punch and she ain’t half one sassy lassy.

So, in summary, The Calling was a joy to behold and like any good festival, you leave wishing you could have seen more. Thankfully, next year it’ll happen once more and no doubt it’ll be a beaut. Updates can be found here.

Glastonbury Calling is a fundraiser for Glastonbury FM and raised over  £2400.00 for the community radio station and other local causes.

Here’s what others said: