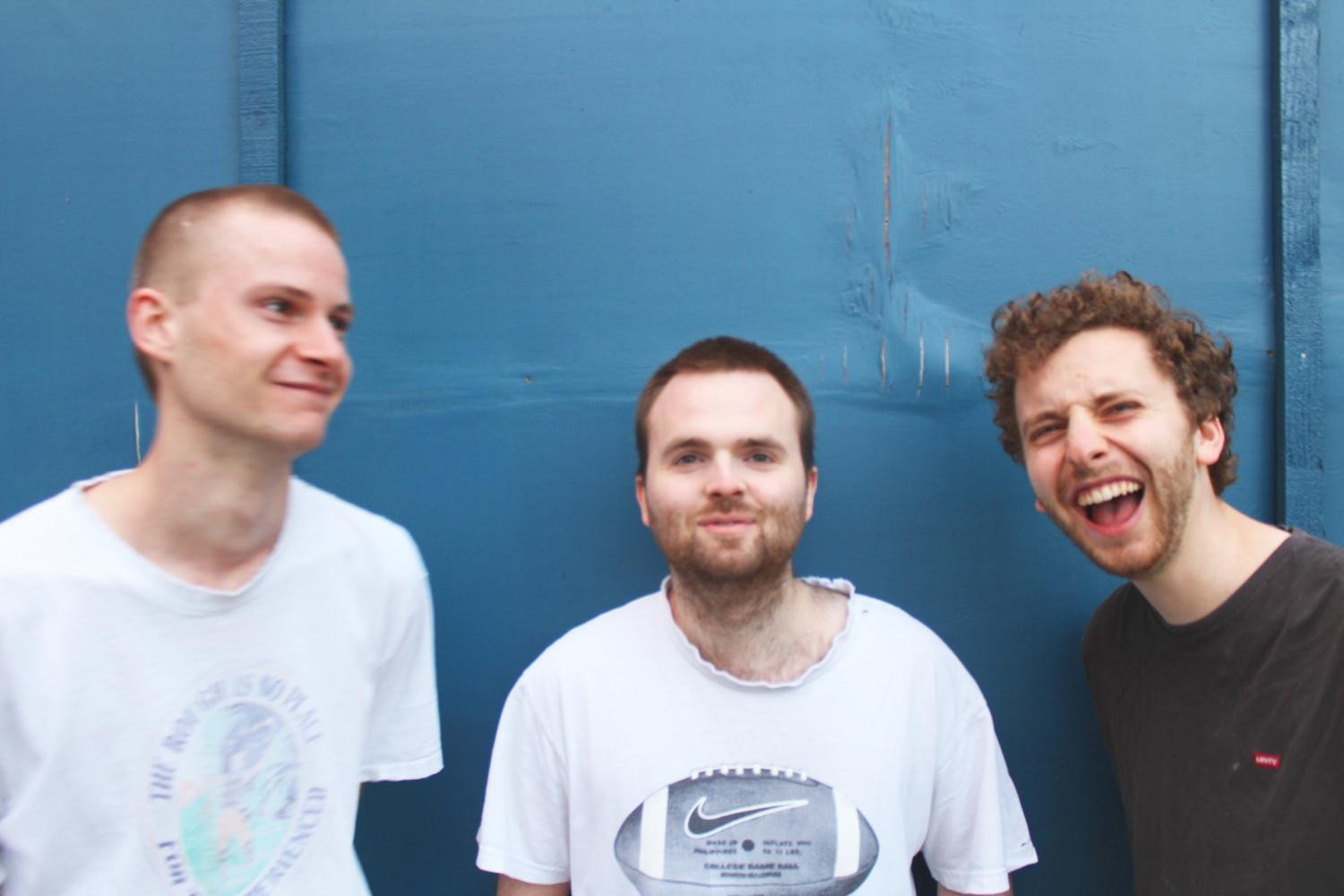 With availability of tickets at a minimum in the hours leading up to this evening’s performance, an annotated scrawl on the chalkboard at the foot of the staircase to The Louisiana’s gig room denotes that Happyness’ Wednesday night show has achieved sold out status. Further endorsement arrives in the sighting of Jeffrey ‘Big Jeff’ Johns who, having stated on Twitter his torn loyalties in light of an appealing evening of gigs across the city, has evidently opted to gyrate his colossal blond mane to the alternative rock sounds of the London based trio.

After a self-released debut album in 2014, sophomore effort Write In was released on Moshi Moshi a fortnight ago and the three songwriters/multi-instrumentalists of Happyness have proved themselves a formidable rock act worthy of one’s attention. The clattering opening chords to ‘Anna, Lisa Calls’ is immediate evidence of the band’s punchy, dynamic sound before ‘Everything I Do Is Alright’ – a standout track from debut Weird Little Birthday – emphatically announces itself; the intoxicating fizz of its guitar intro and irresistible solitary chorus inject the evening with an impetus that never waivers.

Possessed of quality songwriting and tasteful, unshowy instrumentation, Happyness run the gamut of influences from US college rock to psychedelia to tuneful, harmony-laden indie; ‘It’s On You’ contains a youthful Weezer-esque jubilance while, after its murky psyche-rock openings, the melodious duel harmonies of ‘Bigger Glass, Less Full’ summon the spirit of Teenage Fanclub. The excellent ‘Through Windows’ shifts from a striding keyboard ballad to spacey guitars and bubbly vocal reverbs that creates a floaty psychedelic rock sound somewhere between Foxygen and Beach House.

The more central use of keyboard/piano has made for a welcome shift on the new record and this is further evidenced in ‘The Reel Start Again (Man as Ostrich)’; there’s a warm tunefulness to the keyboard riff and a passing resemblance to Billy Taylor’s ‘I Wish I Know How It Would Feel To Be Free’ (perhaps better known to most as the theme tune to Barry Norman’s ‘Film’ review show).

Happyness are mostly content to crack on and let their tunes speak for themselves. Guitarist/vocalist Jon EE Allan seems to hide his awkwardness behind an exaggeratedly gauche persona in occasionally addressing the crowd although he does incite a nicely timed riposte of “It’s gonna be a long tour” from fellow vocalist/guitarist Benji Compston when, in a consciously bumbling manner, he declares his love for their tour manager standing somewhere within the audience.

There’s an unaffected manner about Happyness that seems devoid of ego or attitude and with a scruffy mixture of foppish fringes, crewcuts, baseball caps and beards, a non-uniform visage of ordinariness. These are appealing traits that somehow serve to make their sometimes unusual and dark lyricism even more striking: ‘Naked Patients’, for instance, features the lyric “There’s something so funny about a sick body and the things that it does that it shouldn’t do.”

The evening’s penultimate song, a slightly truncated version of ‘Weird Little Birthday Girl’, sheds light on another virtue of Happyness’ ear for music; the ringing arpeggios and earworm inducing simplicity of its central riff reveal a tasteful knack for prolonged instrumental passages.

Happyness are deserved of a bigger venue when they next return to the city. It’s been a proper rock gig.