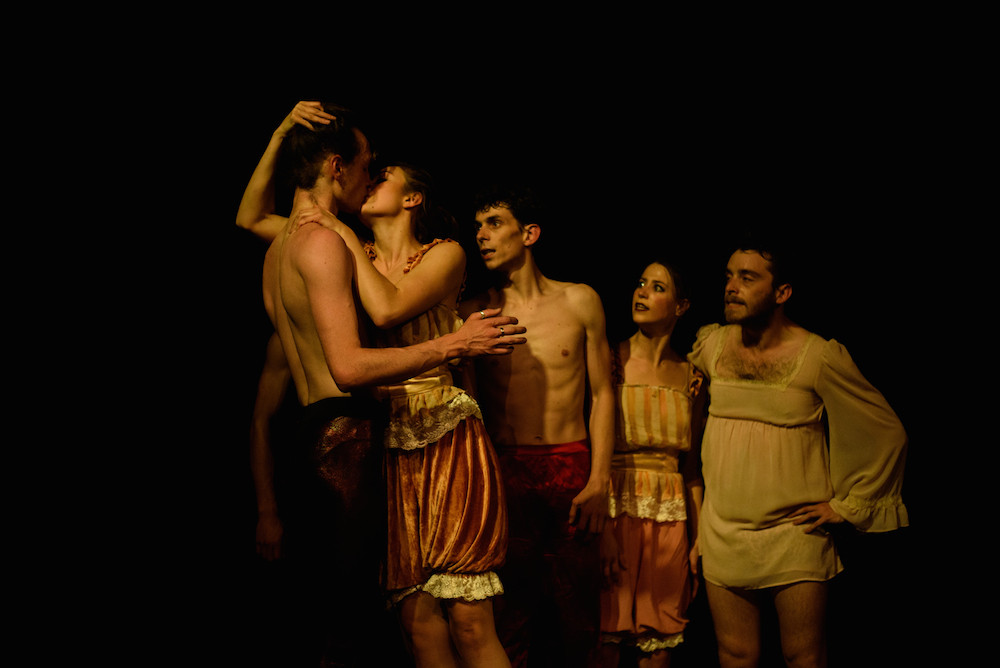 Formerly the home of the Southwell family (bought by Sir Robert Southwell back in 1670), the old estate must have been witness to many the sophisticated soirée through the years.

Tonight it hosts one of its more avant-garde celebrations.

Approaching the manor, as the sun sets to its West, is an eerie experience. Relatively deserted, this could easily be the set of a horror movie – and we all know what befalls the lonesome stranger in that scenario.

Entering the elegant portrait gallery, lit softly by projections, the performance takes place in as perfect a setting for the narrative as could be imagined – in fact this is the very venue where this interpretation was created.

Based on the novel by German surrealist artist Max Ernst (A Little Girl Dreams of Taking the Veil, 1930), Da-da-darling is the brainchild of Impermanence Dance Theatre.

A carnal story that depicts the sacrilegious and sensual fantasy of the teenage Marceline-Marie, it’s a tale of a girl who loses her virginity on the day of her first communion and so commits herself to “taking the veil.” Exploring, through a collection of collages, in depth the lustful, schizophrenic, and mostly nightmarish dreams she has that night, Da-da-darling pushes us to the edge of reality and beyond.

Frantic at points, tranquil at others, it’s an oscillating act that feels like it’s a flame frenziedly gasping for air.

Modular in its layout, but with a clear and powerful thread running through it Da-da-darling is a hauntingly beautiful dance performance that benefits from its exquisite setting.