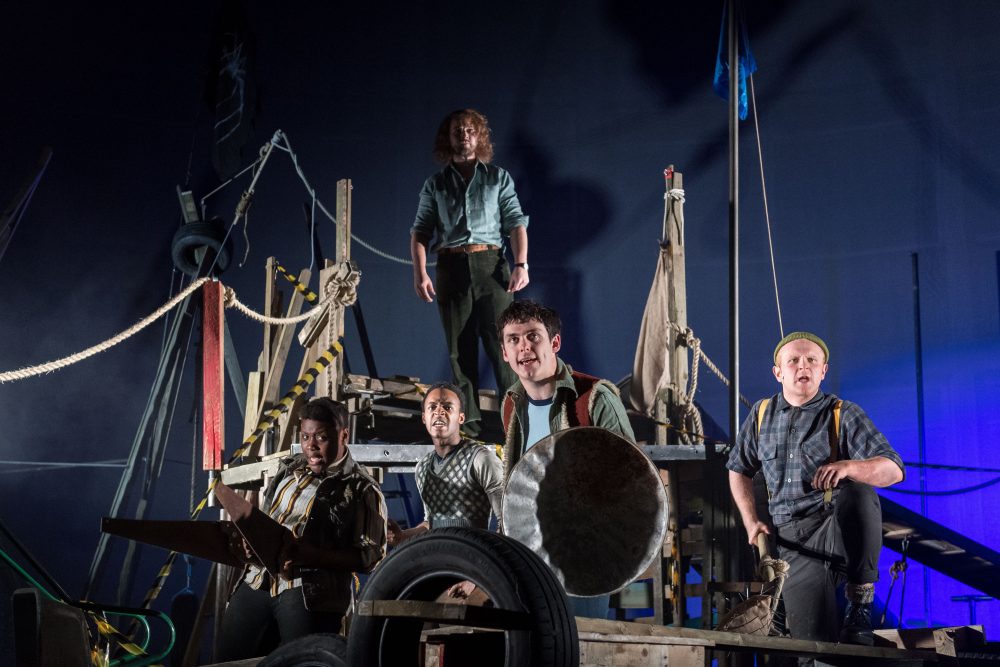 Bristol Old Vic and Headlong Theatre’s Junkyard brings to stage the true story of the Lockleaze adventure playground, an experiment in imaginative construction that erupted in 1979 and continues to live on today, both in the physical form of the playground and through the life stories of its builders.

In North Bristol in the late 1970s, teacher Rick (Calum Callaghan) attempts to assemble a crew of young teenagers – most of them suffering in someway through youth pregnancy, sexual abuse or emotional turmoil – to help him build an adventure playground. The idea is not to produce a polished set of swings and roundabouts, but a ramshackle, personal place of imagination and belonging. Steadily the teens get more and more involved in the playground, defending it from attackers and eventually becoming fully invested in it. Through constructing the playground, they are able to escape and put their energy into something creative. 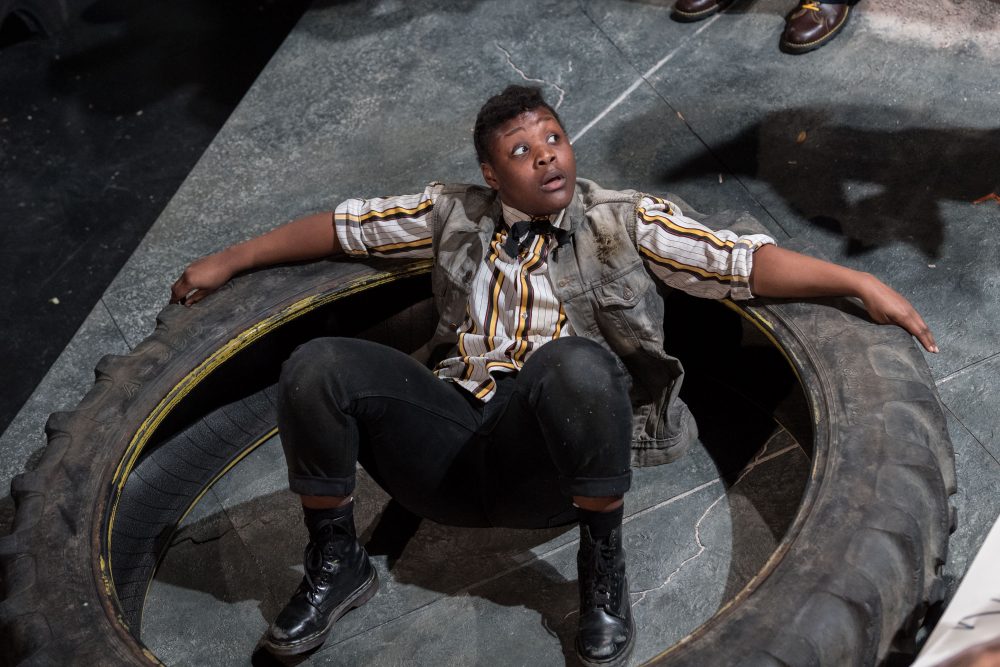 Perhaps the most impressive aspect to Junkyard is the way that writer Jack Thorne has handled the dialogue. Adults writing children’s’ dialogue can often produce mildly embarrassing results, but here the speech zips with realism. When Rick starts a supposedly heartstring-teasing song, Fiz (Erin Doherty) calls him out as being “boring.” Ginger (Josef Davies) whines that Talc (Enyi Okoronkwo) is a “shithead who stinks of come.” “Fucks”, “shits” and “cunts” are sprayed about in plenitude, as is cigarette smoke, reflecting the way that kids – perhaps to the willful ignorance of their parents – actually act. Such dialogue brings realism, and also allows the play to avoid an abundance of the saccharine.

The performances are strong throughout, although perhaps sometimes the Locklizzle accent strays into caricature. The teens flyaround a faux-ramshackle set of reclaimed wooden structures. Davies and Jack Riddiford, playing Ginger and Higgy respectively, are particularly good and earn most of the big laughs through their goonish demeanour and self-satisfaction. The band, comprising Nadine Lee, Dario Rossetti-Bonell and Akintayo Akinbode, compliment the action with a playful and tightly ramshackle score. There are also neat touches of detail – Rossetto-Bonell plays a guitar made out of old bedsprings.

Junkyard is a fun, adventurous and, for some, nostalgic insight into 1970s Bristol. The final monologue by Fiz, detailing what each of the main characters is doing now, brings home the truth behind the story. Endearingly, she ends by simply stating “we’ve been junk, you’ve been lovely.”