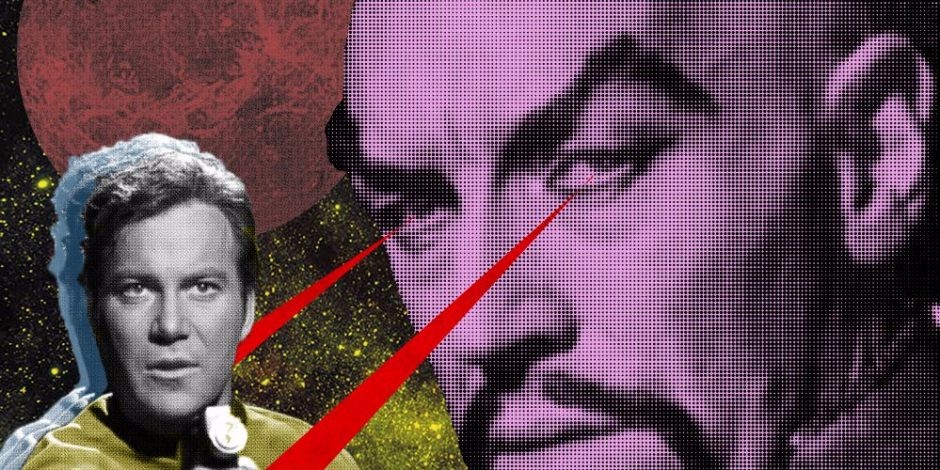 It should be noted that I have never seen an episode of Star Trek. Even worse, while I have heard of Ming the Merciless, I have no idea what TV series he was from. I’m no sic-fi buff and, while Star Wars is obviously brilliant, most space-y shows leave me a bit cold.

I assumed that this would put me as something of a disadvantage when watching something called Kirk vs Ming, but the makers of Goldilock, Stock… and Muppits Die Hard have worked their magic once again to create a show full of belly laughs, incongruity and loving pastiche.

Captain Kirk and his gorgeous crew member Mrs Dennis are swept into a black hole and captured by the dastardly Ming on his Planet Mongo. There, the duo battle with the megalomaniac to prevent the destruction of “a miserable little planet called…The World!”

While some of the references clearly go over my head – there are several moments where the audience is filled with glee but I am nonplussed – but there are enough other brilliant moments to make the show thoroughly enjoyable. The impersonation of William Shatner as Kirk is lovely, with staggered sentences, shit karate and a un-self-conscious paunch. Harry Humberstone, meanwhile, delivers his usual outrageous and serpentine performance as Ming, fully shaved head and all.

There are many moments of delight. Ming declares us, his faithful servants, as his “Mingers” before presenting various audience members with awards for things like “best murder of the year”. Chris, a low-level werewolf protecting Ming, gets bullied by his work colleagues. Ming is heckled by audience members while he tries to bed Mrs Dennis, and calls his werewolf minion Andy “gay” when he refuses to kiss him.

Best of all is the staggering finale, which is one of the most memorable, disturbing and incredible endings to a play I have ever seen. Without giving too much away, there are audience members who will be traumatised by green glitter until their dying day.