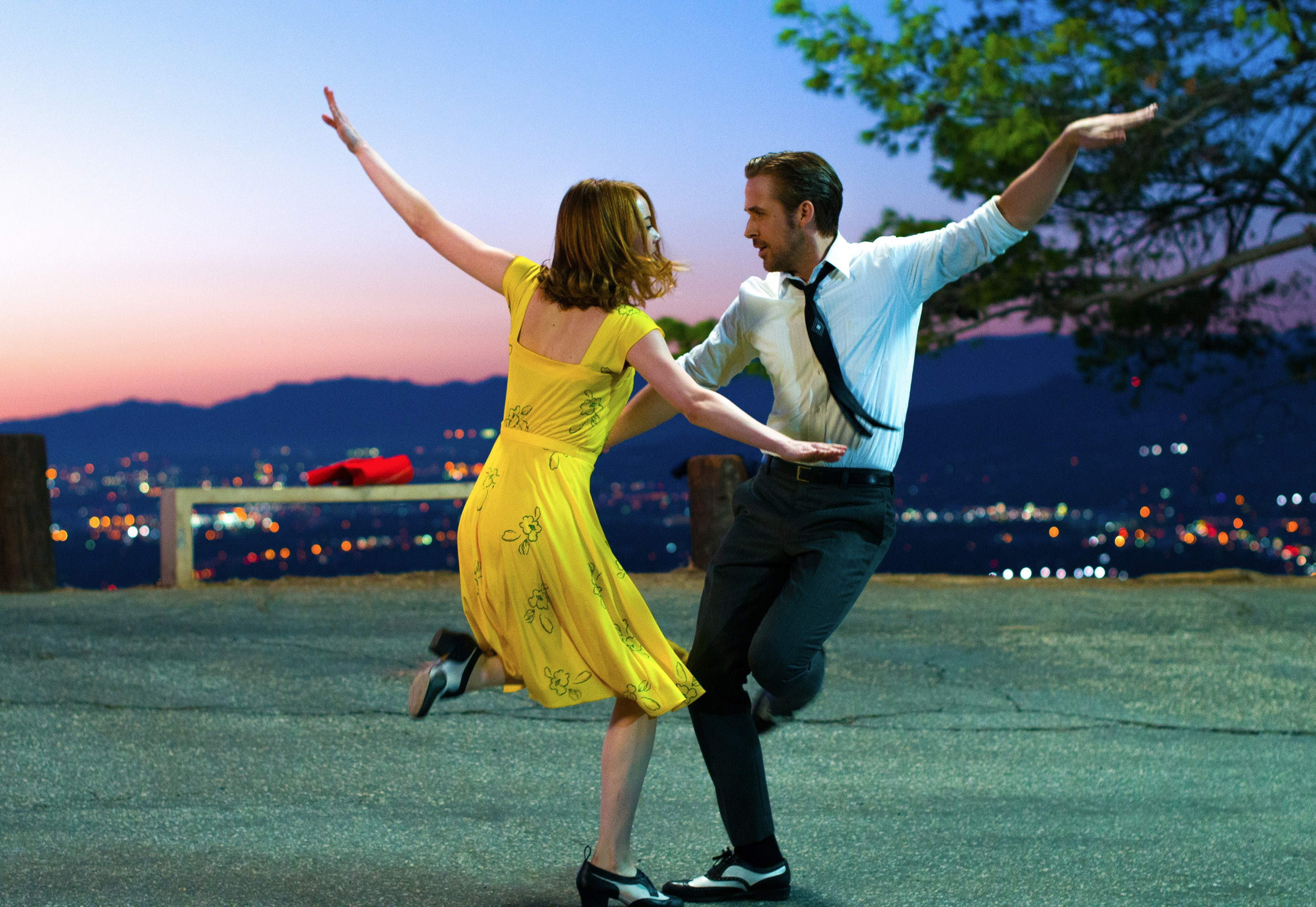 It seems that nowadays the Academy of Motion Picture Arts and Sciences gets to have at least one film every few years that’s a resounding pat on the back to Hollywood and the beauty of cinema, stardom and Tinseltown. These self-congratulatory odes to filmmaking can be somewhat contentious with audiences, with previous Best Picture winners such as Argo, Birdman and The Artist having their fair share of detractors to go along with their golden statuettes.

It pleases me to say then that La La Land is a great success in being a loving tribute to Hollywood without any of the cloying issues of smugness that a lot of these films occasionally exude. Its message feels earnest and heartfelt, owing probably to the fact that while it is indeed set in Los Angeles and amongst the studio lots of “the industry”, it’s really about a wider idea of dreams and fantasy.

Telling the story of a struggling actress and an equally out of work Jazz musician falling in love amidst trying to make their dreams of success come true, La La Land uses the backdrop of old-school Hollywood’s technicolour musicals to speak of a wider story about the power of hope. A hope that at times can feel like a waste of time. A fascinating aspect of the film is that through the swirling dance numbers and tear-jerking duets is a feeling of self-delusion that can take hold in the city of LA. I mean, it’s in the title. A double entendre of the sort of crazy you need to be to pack your bags and spend the last of your savings to chase a dream of stardom and the city in which you’ll do it: LA.

The way that the film looks and feels is amongst its best qualities: the use of colour and lighting illuminates the leads in frame in a way that feels magical, very much in the same way that Jacques Demy did in the 60s. Director Damien Chazelle builds on some of the stylistic flourishes that can be seen in his popular 2013 film Whiplash, with a very active camera that follows our characters through the intricately choreographed set pieces in long and unbroken takes. This self conscious reflexive style would be obnoxious if not for how well it situates us in the context of this fantastical musical world the characters inhabit.

I suppose we should talk about the film’s calling card: the fact that its a musical. Longtime collaborator Justin Hurwitz gives us a pop-laden soundtrack that’s joyous and has that sense of grand, but oddly feels appropriate for the “natural” styles of stars Emma Stone and Ryan Gosling. Because apparently, a sense of naturalism is how we’re supposed to see our leads perform – they sing like “normal people”. While I don’t quite necessarily buy this rationale, the music works out for them anyway, and the larger ensemble chorus numbers easily make up for this in any case.

If I were to have one criticism, it would be the seeming lack of depth in the story. While I’m not saying that all films must have a deep underlying theme, a film as grandiose and long as La La Land seems to be missing something. There isn’t even a slightly tired meta-commentary on Hollywood or the music industry. It’s pretty much just all there, laid out in front of you and that’s it. It occasionally makes it hard to justify the deliberate pacing and long runtime as you watch scenes that eventually begin to seem similar and listen to loving songs that sort of bleed into each other.

However, that issue is something that I feel most will overlook in favour of a joyous throwback to films of old. The film looks and sounds beautiful, as do the main stars, who give some brilliant performances, in particular Emma Stone. This film is perfect for the cinema as it simply exudes the magic of film in every celluloid frame, and I hope you enjoy getting lost in the wonder of it all.