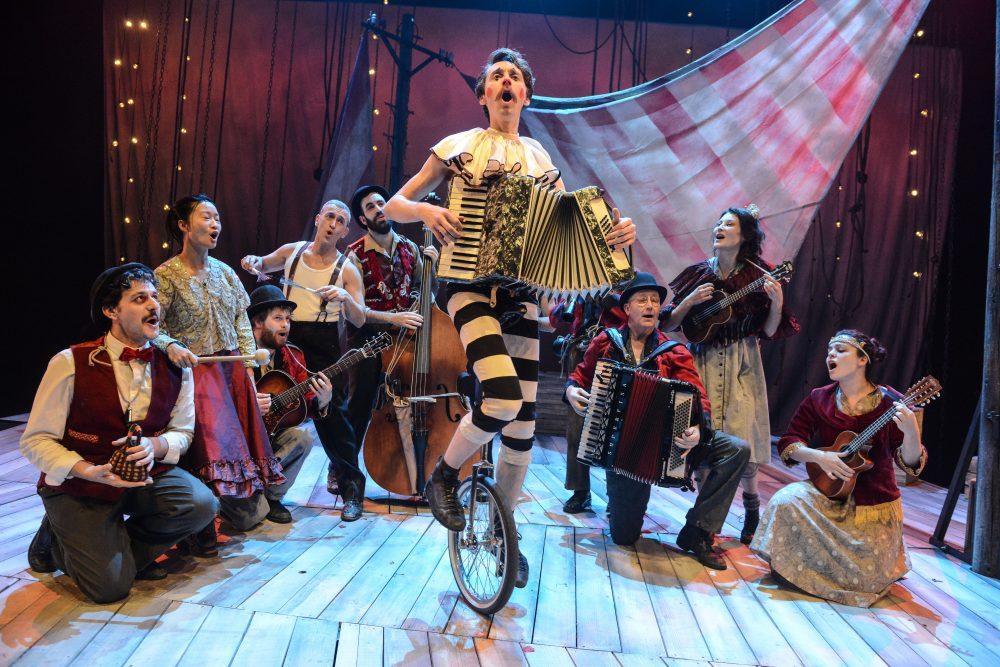 La Strada (literally ‘the road’ in Italian) takes its lead from Fellini’s 1954 film of the same name. An Oscar-winning story, it centres around Gelsomina, a young woman who is lured into the world of street performance by strongman Zampanò.

For this adaptation of La Strada, the simple Gelsomina (Audrey Brisson) tours with Zampanò (Stuart Goodwin) around the Italian countryside, playing sidekick to his bulging physique. Goodwin provides a harsh, humourless Zampanò abusing Gelsomina into his performance, breaking steel chains across his impressive chest while she cowers behind him. In a stomping performance by Goodwin, Zampanò’s simmering anger becomes more and more apparent until their relationship, much like the steel chains, reaches breaking point.

While it may sound dark, the show is in fact full of light-heartedness, particularly when the leading pair encounter groups of outsiders. With a superb eight-piece band leading the way, there are fantastically energetic scenes in bars and weddings. Tatiana Santini sings gorgeously as the small-town prostitute enticing Zampanò to spend all his hard-earned Lira on a night in the hay. The wedding scene is punctuated by dancing revellers and a lovely moment with guests miming spaghetti-eating. 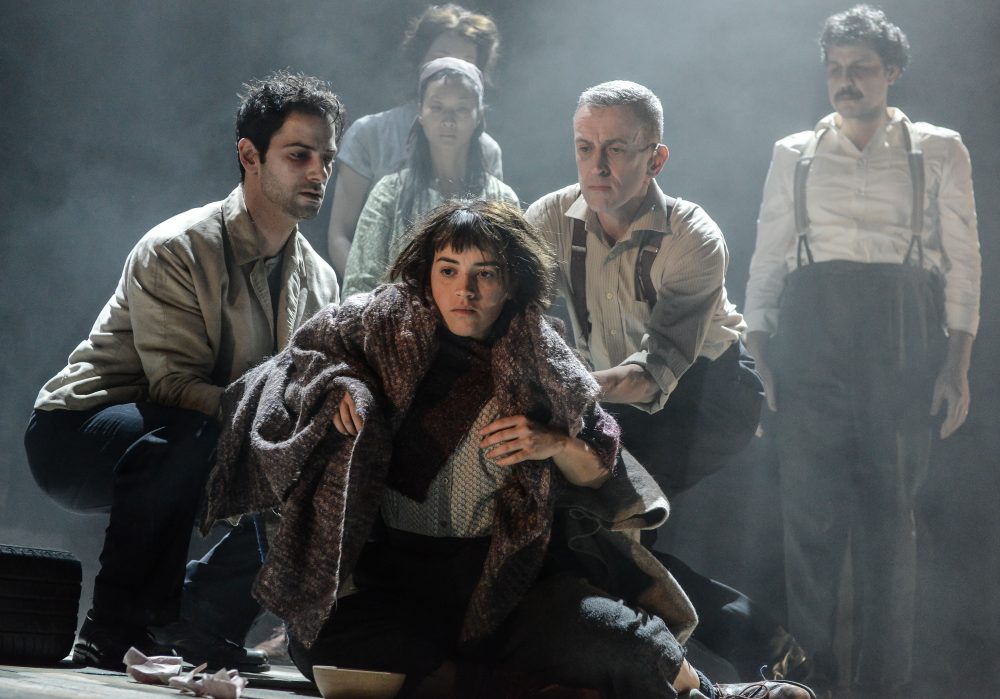 Best of all is the introduction of Bart Soroczynski as Il Matto (The Fool), the clown in a touring circus troupe. As a performer he steals the show, his languidity and clear proficiency in circus skills ensuring that the audience’s gaze is always upon him. He makes a mockery of Zampanò, much to the latter’s fury, and acts kindly towards Gelsomina in one of the play’s few contemplative scenes.

La Strada is a great success, and is a highly entertaining watch for three main reasons. Firstly,  Soroczynski Goodwin provide the core of the show with a plentiful dose of charisma. Secondly, the original score by Benji Bower and its performance by the ensemble is beautiful, adding both melancholy and joviality to what might otherwise be a slightly one-toned play. Thirdly, it is the movement which acclaimed director Sally Cookson draws out onstage. Actions such as the rolling of tyres become sinuous dance, the performers creating a tableau of shoal-like flitting and darting to make the stage seem much busier than it really is.