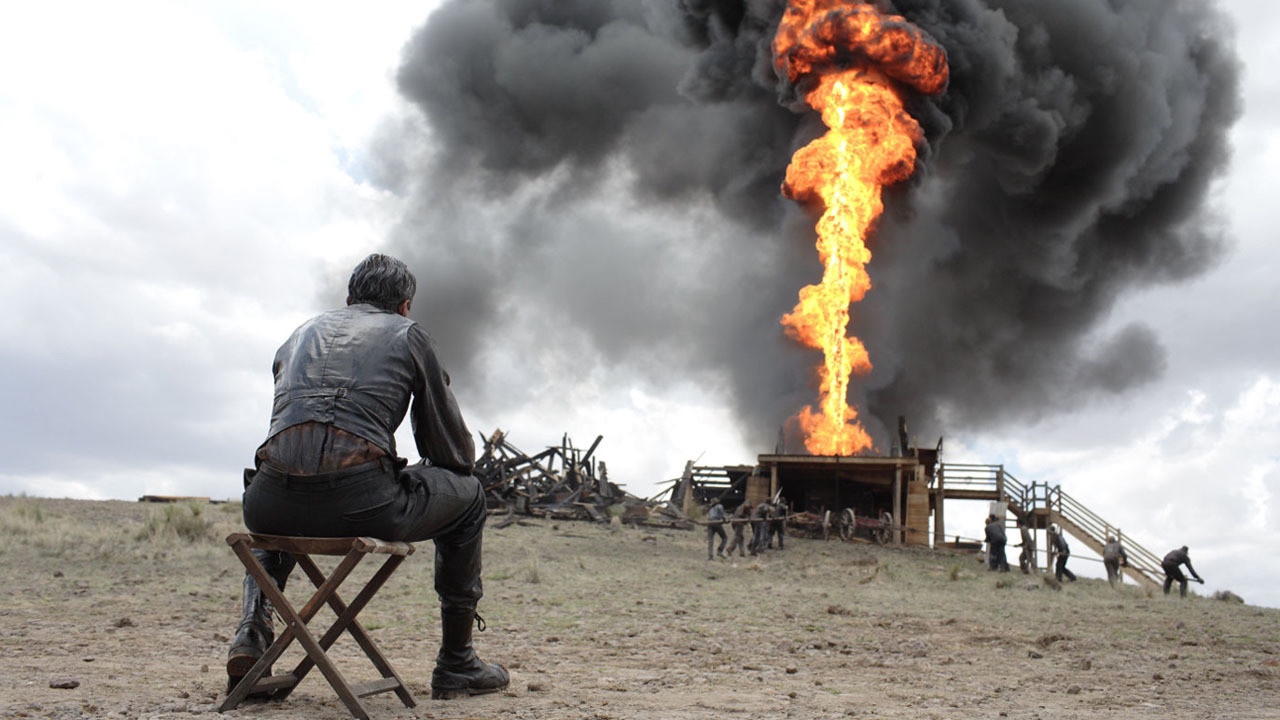 The London Contemporary Orchestra visited Colston Hall this week showcasing Radiohead’s Jonny Greenwood’s original soundtrack from Paul Thomas Anderson’s award-winning film There Will Be Blood. For those familiar with the story, one could easily imagine that a screening of this sinister film accompanied by a 50-peice orchestra could be quite the hair-raising experience, and it was!

There Will Be Blood, a film inspired by Upton Sinclair’s 1920’s novel Oil!, is the story of the rise of Daniel Plainview (Daniel Day-Lewis) and his thirst for wealth and dominance within the oil industry. Oddly enough, his archenemy reveals himself as Eli Sunday (Paul Dano) a young preacher desperate for recognition and power within his small community of Little Boston. As consuming hatred, greed and insecurities play out across a backdrop of the dusty California oil boom, we are confronted with the cruel and dark side of the human experience.

Place and time are marked by sound; metal against rock, the striking of a match, a burning fuse, the creak of a taught rope, the clunking rhythms of the derrick and the dry, dusty winds of the wild west are all introduced by the initial stringed peice Open Spaces, which sets the foreboding, alarming and abrasive tone for which the film is known. It is a substantial fourteen and a half minutes into the film before we hear the opening monologue of Daniel Plainview’s “I am an oil man”.

The LCO, led by conductor Hugh Brunt, clearly enjoyed their final performance of a four date tour which took them to Birmingham, Brighton and finally to Bristol within the first week of February. Jonny Greenwood himself joined them for their initial performance in London playing the little-known ondes Martenot, a French instrument that is a combination of an organ and a theremin and is known for its ability to produce eerie, wavering notes.

Whilst this classic American film is a firm favourite, the strength and beauty of the live orchestra was a stunning addition to the cinematic experience. This tour was a celebration of a truly phenomenal score; written by one of Britain’s greatest talents and performed by a body of people who loved playing every note.