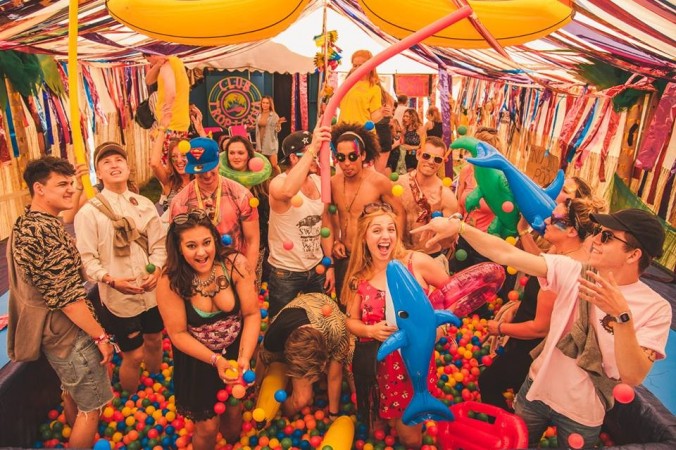 I arrive at Eastville Park in the early afternoon, the warm Spring sun drying the ground from the downpour last night and providing a glow for those attendees finishing off the last of their tinnies and popping narcotics down their pants before heading into Love Saves the Day. Touts outside mumbling “buying or selling, buying or selling” attest to the high popularity of this festival, with second hand tickets going for ludicrous amounts online.

Once inside, it is time to explore the grounds, and the Brouhaha stage provides an early indication of what LSTD is all about – Dave Harvey and Christophe are surrounded by a multitude of body-less legs, each one enticingly dressed in stockings and high heels. Joy Orbison is playing in the Paradiso tent, but the weather is ripe for lazing on the grass outside Shambarber taking in a spot of Jethro Binns. 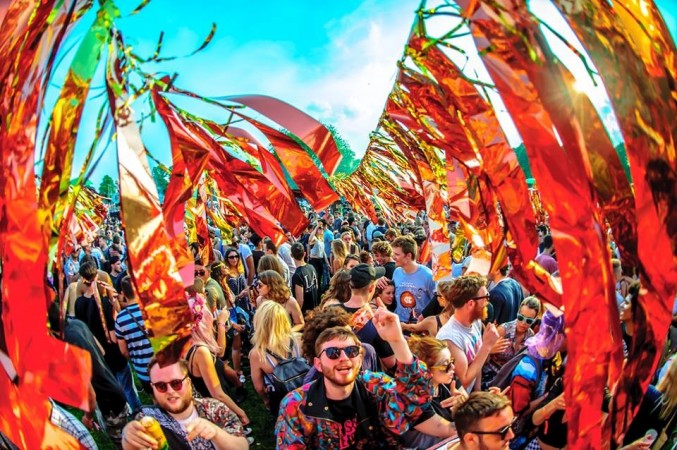 Four o’clock rolls around and that means only one thing – hitting up the BUMP Rollerdisco to catch the Bedmo Disco crew laying down some glorious boogie, perfect for stumbling around on wheels and stacking it into crowds of girls taking selfies. Leaving the BUMP with several bumps of my own, as well as a shirt drenched in sweat, I pop into the inflatable chapel to get married in a virginal white dress before sliding over to the sparkled majesty of Cocktails & Dreams, where Bristol’s Soulworks are glazing the sunshine with some shimmery tunes. A burly lad starts gyrating with a mildly worried-looking woman near to me, but he manages to reassure her – “Don’t worry love, I like men with beards. See – not even a twinge!”

With the sun sinking in the sky, Shambarber’s Temple of Lust provides the requisite sinfulness to get the dancing really started. I jump on stage for an extended shuffle, surrounded by caped unicorns and 7 foot tall magnificent drag queens as K.E.T FM lays down house and disco treasures, a particular favourite being Dmitri from Paris’ remix of Sister Sledge’s ‘Lost in Music’. It seems particularly apt as one of the drags wraps her legs around my waist and runs her hands over my head. A tool with a bottle of rosé snarks at a woman behind the decks. “You’re a DJ? Do you even play good music?” he sneers, before Hannah Mulvany proves his idiocy by laying down a great set alongside Pato. 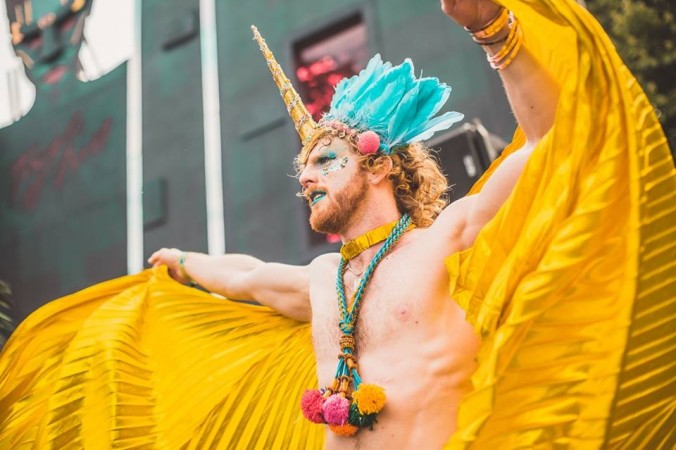 After several hours of being lost in music at Shambarber, I decide I really should attempt to see at least one of the day’s main acts and head down to the Main Stage to see Hot Chip. They’re a crowd-pleasing band who always play the hits – ‘I Feel Better’, ‘Ready for the Floor’ and ‘Over and Over’ come in quick succession, the latter stirring the punters up into an ecstatic frenzy. There is word of a 10-man brawl over by the main bar, but for most people night has drawn in and Love has saved the day. Revellers head off to Stokes Croft or Motion to continue the party, their brains filled with glitter and stimulants.

Sunday turns out another scorcher of a day, although it is immediately clear that the crowd is split. Half are nursing heads and feeling sorry for themselves after punishing their bodies the day before, while the other half have turned up for the Sunday only, attracted by the grime and DnB-heavy line-up – Goldie, Chase and Status and Redlight at Arcadia, Stormzy and Dizzee Rascal on the Main Stage. In the early afternoon people are laid out in front of the Main Stage, smoking joints and listening to Nightmares on Wax’s trip-hop and slow funk set while beefed-up lads wander around showing off the summer bodies they wasted the whole winter making. 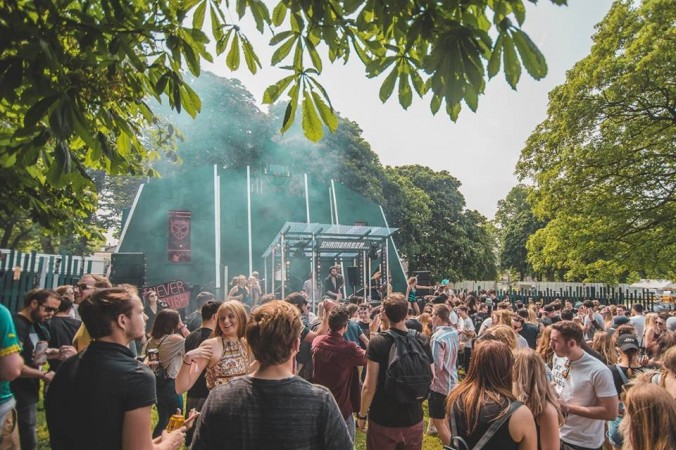 I wander over to the Paradiso stage to see Awesome Tapes from Africa, AKA Brian Shimkovitz, give a masterclass in mixing rare African highlife, disco and soul cassettes, closing his set with Ata Kak’s ‘Obaa Sima’ and ‘Daa Nyinaa’ to a shamefully empty tent. Over at the BUMP Rollerdisco limbs are still flailing, while at Shambarber the unicorns are back out, rolling their arms to house and disco sets from Billy Disney, Thrilogy and People Like Us.

There are rumours that the bars are selling out of beer worrying early – 8pm – and there are patches of discontent over the stage clashes, with Dizzee headlining at the same time as Chase and Status. Before leaving for the safety of a warm blanket and a chicken sandwich, I manage to catch a bit of the Dance Off stage’s legendary Jump Off. Breakdancers dance off to Prince’s ‘Raspberry Beret’ and Aretha Franklin’s ‘Respect’ before a pair of MCs battle it off on stage. “Your sister’s so loose,” spits one, “that her rape alarm has a snooze button.” Probably a good point to leave, then. 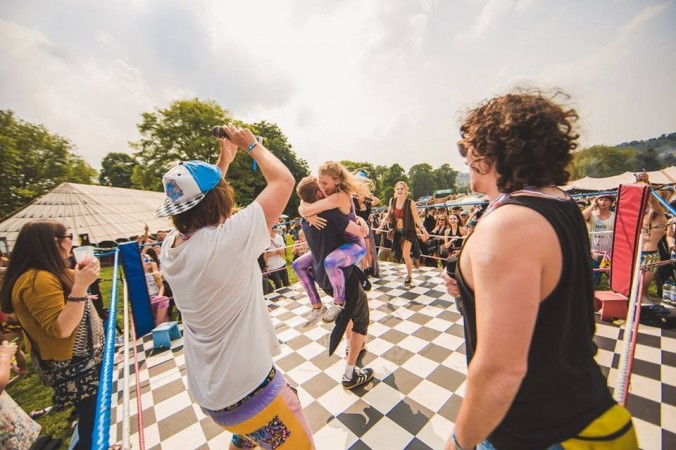 The Dance Off. Image: Here & Now

Despite a modicum of simmering tension, long queues for toilets and the bars running out of drinks (!), Love Saves the Day manages to maintain its status as one of the best city festivals. Overall the atmosphere is good, the line-up is fantastic, and there are enough pockets of glitter and magic to keep the lovers in the field very happy indeed.