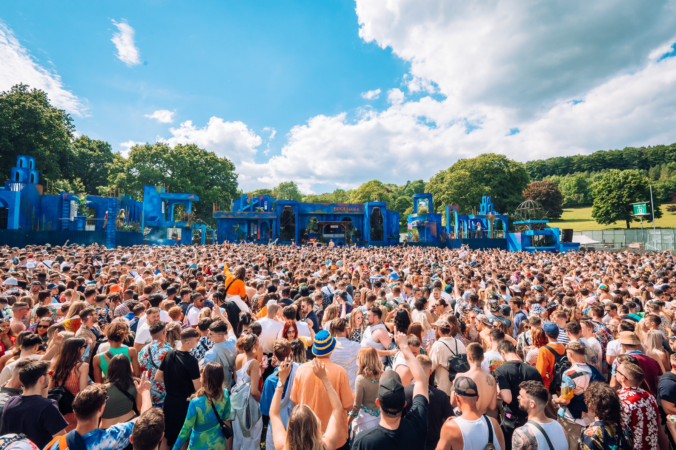 From its origins in Castle and Eastville Park via a brief detour in the Downs, Love Saves the Day enters its second decade. This year sees the festival’s first outing at Ashton Court. LSTD encounters the tricky challenge faced by established festivals of keeping what has made it successful while continuing to grow.

Throngs of festival-goers descended on the sunny Jubilee Thursday, looking for a safe haven where you were more likely to hear Looking At Your Pager than the national anthem. Transport was slick, with ‘love buses’ provided from the city centre. The gentleman next to us regaled his friends with tales of his difficulties maintaining an erection the previous night. The Love Bus: you don’t have to speak, but you do have to hear.

It’s easy to sneer at the younger generation (so we resort to it later on for word count) but just because they were born after 9/11 doesn’t mean it isn’t their right to rave. It was hard not to get caught up in their enthusiasm as we approached the gates.

Upon entry, the organisers commitment to making the staging a part of the experience was clear. The Centre stage was particularly impressive. A modular modernist white edifice of blocks set off with towering vertical lights. The higher proportion of security around this area was sensible, as it did look more climbable with every Red Stripe.

Although the larger stages were impressive, it was at the smaller stages where the real strengths of the programme came through. The DJs enjoyed longer set times, which allowed variations in pace and build. We ensconced ourselves at the Hidden Corners for an array of Bristol talent. Dar Disku built up the energy with chanty throbbing techno and middle eastern edits. Bruce then kicked off with industrial dub into pummeling techno followed by Dr Banana launching into a propulsive set of dark garage all the while eating a banana. Great stagecraft. 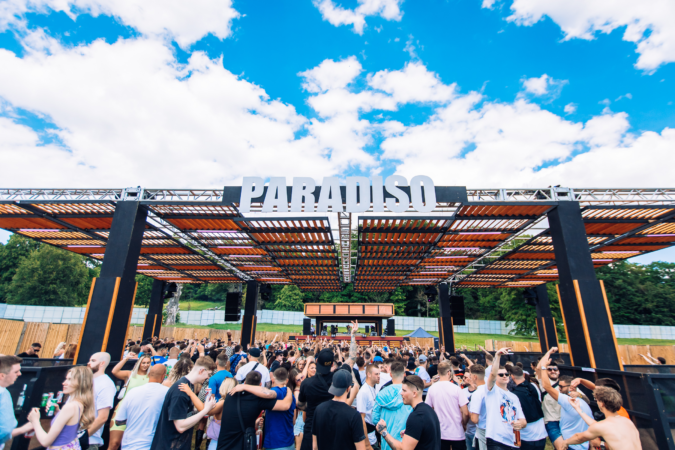 Meanwhile, over at the Love Saves stage, the sun shone over Jayda G and Folamour shelling out chunky house and disco with plenty of diva vocals. Both DJs matched impeccable selection with an infectiously warm stage presence. Folamour, patron saint of the buckethatted, won the crowd over and ended with Di Melo – AEIO, a 24 carat strutter.

Caroline Polachek represented a break from the usual programming. Although the main stage crowd thinned, she rewarded with an impressive set of wistful electro waltzes and offbeat pop bops, punctuated with endearing, albeit slightly long dream descriptions. The crowd responded, singing along to every word – this was her first UK festival performance following her album Pang. It was a rare treat to see Polachek in this environment.

Friday and we were back in. Having circulated on Thursday, on Friday we decided to settle at the Paradiso stage, attracted by the mix of artists on show. We have a folk theory that DJs play their best sets under cover to people exposed to the element. Whether out of sympathy, or self preservation, it spurs them on. From about 3:30pm the heavens opened and gradually the glitter flecked puddles turned to rivulets turned to streams in front of our eyes.

For your faithful correspondents, hiding away was never an option so we stuck it out at the increasingly ironic Paradiso stage. Bristol institution and Mix Night mentor Danielle played the set of the festival as the rains set in. Sympathetic to our plight, she shelled out visceral body music with plenty of bass and acid flourish. Call Super kept the energy high with a set full of synthy rave stabs, quavering vocals and mixer based pizzaz. Finally, Palms Trax brought an increasingly bedraggled crowd home. 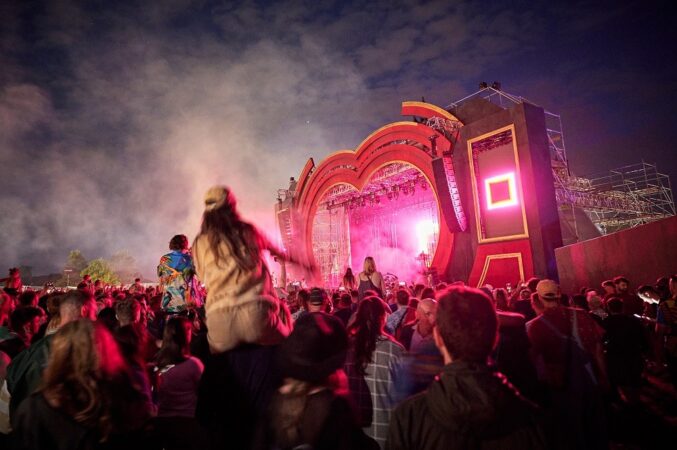 The double edged sword of the LSTD’s commitment to large open air builds was that there was no shelter (although potentially having one covered area could have led to a hunger games scenario). LSTD also fell foul to a few cancellations including the Blessed Madonna and HAAi. However, schedule shifts are an ever increasing factor with visa issues and post- covid guidelines.

Festivals are always a hostage to fortune when it comes to the weather. Nuance unfortunately did not find its place in the Instagram comments about festival-goers experiences during Friday’s downpours. However, those who raved on into Friday evening were rewarded with moments of genuine joy and comradery, on which the festival has made its name.