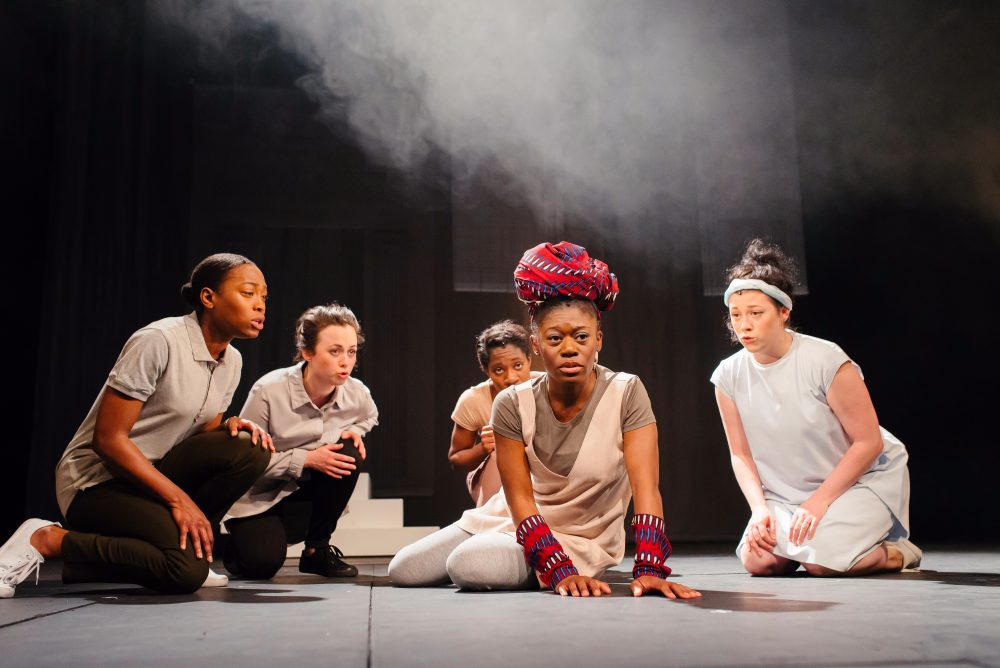 Euripides’ Medea, the Greek tragedy of a woman’s anguish and anger, is brought strikingly into the modern day through this adaptation at Bristol Old Vic. The ancient text, translated by Robin Robertson with a modern story by Chino Odimba, is transformed from a tale of sorcery, betrayal and terror into a fine exploration of gender and relationship.

Central to the plot is Maddy, whose husband Jack leaves her and her children for another woman, much as the Jason did to Medea in the original tale. Taking Medea as her inspiration, Maddy weaves through the intricacies, the aches and the fury of her break-up. While Medea famously killed her two sons to seek revenge on Jason, Maddy finds another way to gain leverage over Jack.

The two stories – that of Maddy and that of Medea – are weaved together beautifully, the ancient story mostly emancipated through rhythmic chanting and singing. Odimba has done wonders to add fresh breath to the storyline with a poetic script lighting up the modern aspects.

My heart burst and buckled under my weak knees.

Director George Mann, who stunned us a couple of years ago with Light, has created a stylistically rich show. Added to the poetic lines are poetic movements, as the all female cast click their fingers to signify raindrops, beat their chests and hum dolefully. Having an all-female cast is steered away from being a mere gimmick as the story expands to allow women to own the story and scythe into it with a woman’s perspective. 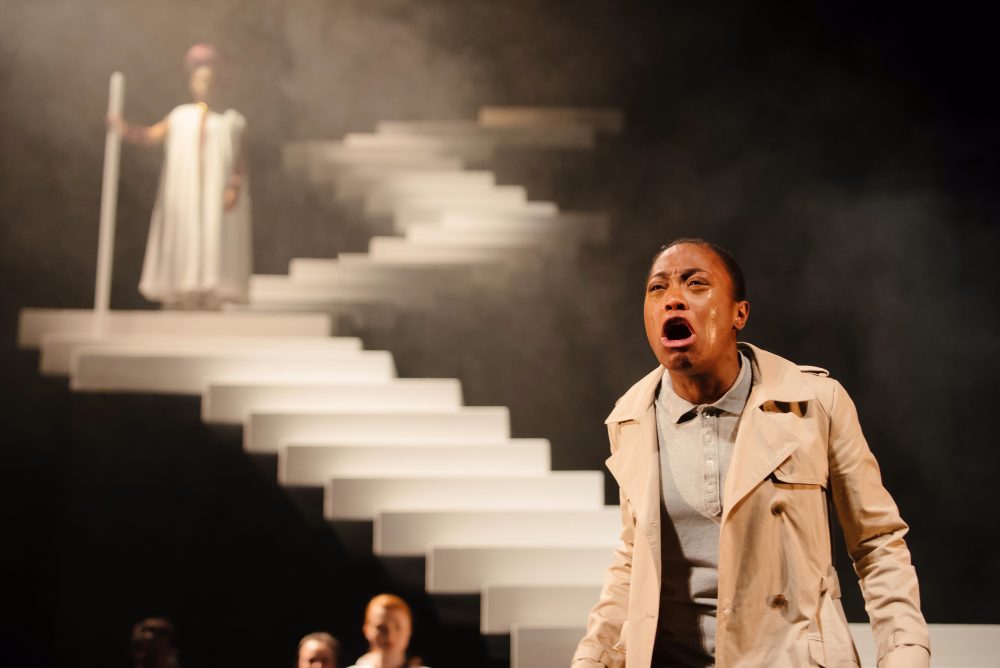 The performances are strong throughout, with Akiya Henry lending emotional depth to both Maddy and Medea. Jessica Temple, in particular, impresses with a powerful singing voice. Shizuku Hariu’s set is stark, and in stark contrast to the warmth and complexity often exhibited on the Old Vic stage. The set of lit steps ascending to the heavens works perfectly, however, especially for the denouement.

While perhaps overlong and lacking enough plot density to justify its running time of over two hours, this is an incredibly stylish and absorbing adaptation of Medea. Mann and Odimba have worked just a little bit of their own magic into this tale of sorcery.