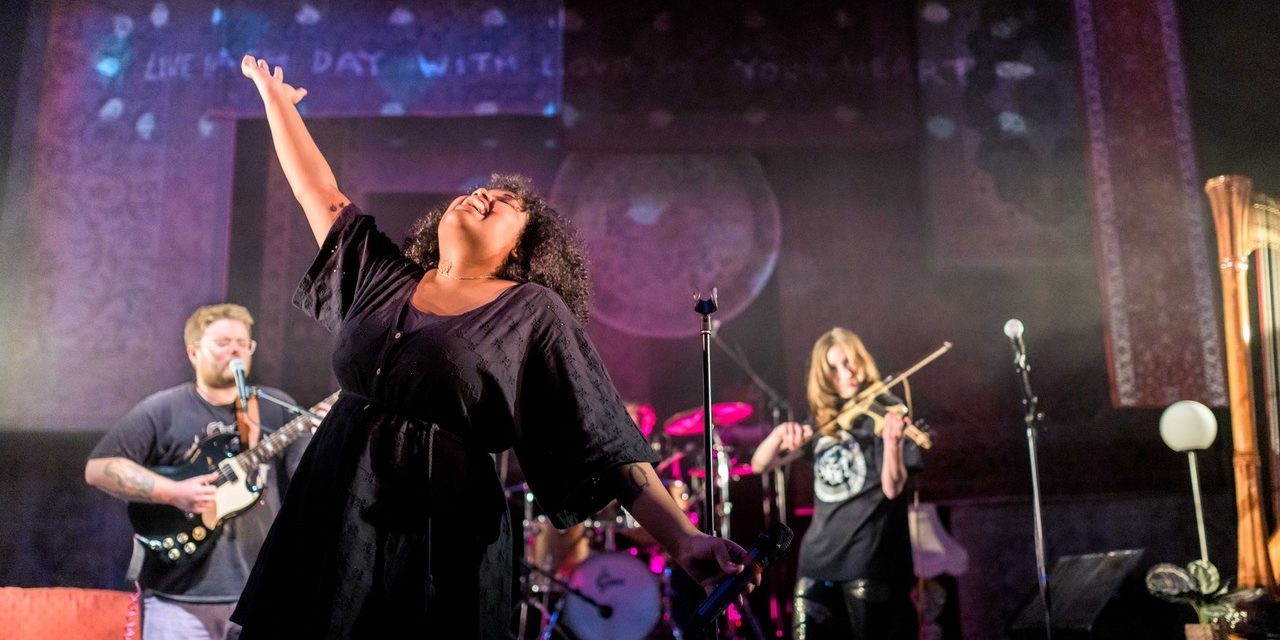 Mal has a lot to deal with. Growing up in Buckfastleigh in South Devon, her life should be one of youth in a rural idyll. However, as many who lived out their early lives in the outlying towns of the English countryside will identify, there is a dark side to these lost boroughs, where “familiarity is not a synonym for friendliness.”

Mal (Malaika Kegode) explains from the outset that this true story of her youth is “hard for me to tell.” In a place where “the sky was painfully big, but out worlds were small, our lives little” the problems of rural isolation hit hard. Her friendship circle – introvert Ama, whose “days melt away”, joyful Lewis who keeps a smuggled tortoise inside a matchbox, and poet-cum-addict boyfriend Oscar – swirls through house parties and drug-fuelled abandon until it reaches breaking point.

The show is a searingly honest recollection of misspent youth and misplaced nostalgia, one which gains all its power from being true to Mal. She is armed on the stage with just a microphone and a plethora of thoughtful lines – she talks of “debonair Devon air”, of trees at night that “bloom like spilled inkwells”.

Behind her, local band Jakabol provide a superb soundtrack – as well as lending their voices to Mal’s childhood friends. At times the band is raucous, reminiscent of Kashmir, at times tender. Harpist Emma Broughton adds punctuation to moments of sentimentality, guitarist Joe Williams ranges from Napalm Death to Bootsy Collins in a heartbeat. At house parties that go wrong, the swirling music perfectly captures that moment of adolescent inebriation, where all senses get lost in a whirlpool.

There are some lovely touches of 2011-era zeitgeist as well. Flashes of text-speak, all emoticons and added vowels, illuminate the back of the stage as part of the lovely, simple animation that accompanies the show. References to Tumblr, romance in Wilkos and terrible party chat about seagulls not being real all add authenticity. As part of that authenticity, Mal is able to break the fourth wall consistently, lending the show a chatty, personal air while losing none of the integrity of the performance.

While at times perhaps guilty of being overwrought, Outlier thrives on the fact that it is real, and that it is a personal history very clearly being lived out each night on stage. Mal – and members of the band – are visibly emotional at times, true friends holding each other as they pass on this tale of hedonism and love and loss to the audience. Part-gig, part-personal history, Outlier exists to give voice to “the kids who never made it home”, and it does so with style.