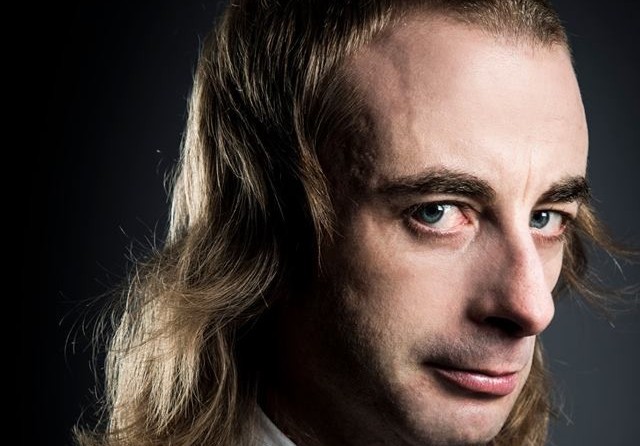 For the fourth day of the Bristol Comedy Garden, The Fix migrated from the heaving Big Top to the more intimate environs of the Apple Top, where Jon Robins, Nick Helm and Paul Foot brought their comedic talents to an audience basking in the afternoon sunshine. 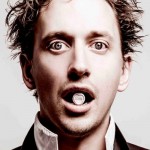 Jon Robins (compere)
Having spent his childhood in Bristol, Robins is able to easily work up the woozy crowd with tales of drinking cans of Natch and “waking up a week later”. Chat on the differences between Gloucester and Cheltenham are well-observed and received, and his brand of dry, intimate humour is perfect for a warm afternoon slot.

What is most impressive about Robins is the fact that he neglects pre-planned material in favour of simply working the crowd – a Quality Engineer in the front row is commended for not being a shit one. Even better is a roasting of a topless, yet large-bosomed muscular man in the front row. Robins’ crisp observations fit the hazy environment perfectly. 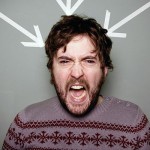 From how to pronounce Ibis to picking up women in an STD clinic and the difference between men and women wearing no undercrackers, Helm’s material is strong. It is perhaps the case, however, that his style of performance is ill-suited to a sunny afternoon and would work better in a late-night club setting, his attacks on the crowd becoming a bit draining after a while. 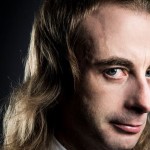 Paul Foot
A firm favourite of the Fix, Foot announces that he will be mixing up “humour from my mind” with “humour from the briefcase” beside him, within which is a set of sheets containing what he calls “disturbances”, or jokes. Sporting the strangest haircut, or rather haircuts, in show business, Foot’s superbly funny material on anything from homophobia, the subtext of Baby on Board car signs and the moisture of cakes is delivered in his trademark zany style.

Taking much of the set from his Paul Foot’s Hovercraft Symphony in Gammon Sharp Minor tour, he clearly amuses himself with his own ideas and always looks like he’s having fun. He is absurd, but not for absurdity’s sake, and his language is rich and archaic – he uses words like “agog”, calls his fans “connoisseurs” and looks to create an “atmosphere of bonhomie” – without any of the pretentiousness of Russell Brand. An excellent set includes riffing on pub bores and asthmatic businessmen, and most hilarious of all is a hypothetical situation involving a toilet attendant who is image concious.