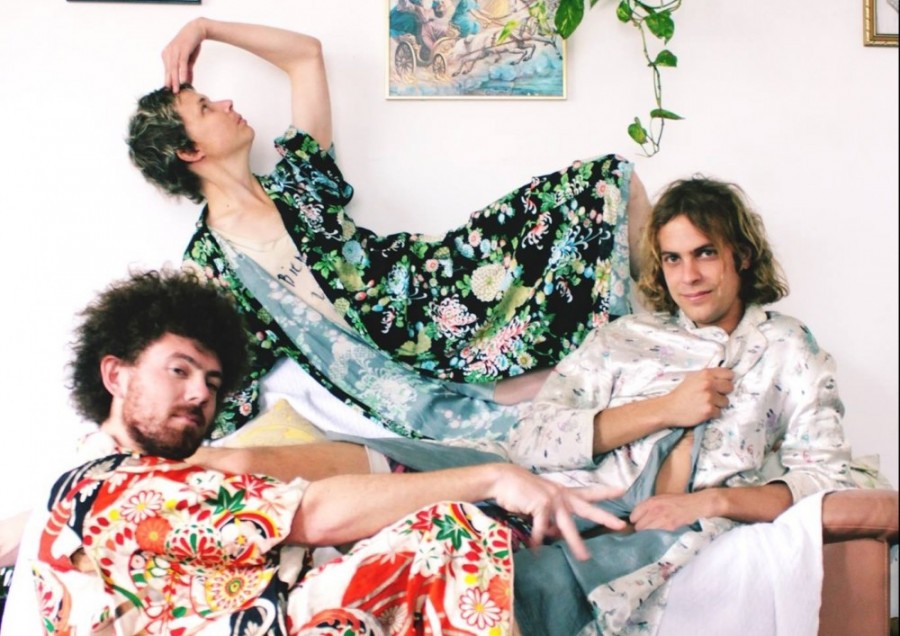 It times it seems that any article about Pond must write about them in relation to their cousin Tame Impala and the broader surge of psychedelic rock in Western Australia. This is a little bit harsh, however, and reductive when speaking of the Perth band now onto their sixth full-length album and capable of selling out venues like The Fleece months in advance.

Pond’s latest album, Man, It Feels Like Space Again, was released at the turn of the year and supplies much of the material on show at The Fleece. ‘Waiting Around For Grace’ is the opener for the four-piece, the ever-changing line-up tonight consisting of regulars Nick Allbrook, Jay Watson and a shirtless Joe Ryan, with Jamie Terry – surely a reincarnation of The Band’s Richard Manuel – on keys. The stomping glam-rock of the subsequent ‘Elvis’ Flaming Star’, the first single from the aforementioned album, sets the tone for the rest of the set.

In addition to new material, Pond litter the evening with old favourites such as the space-jam-cum-ballad ‘You Broke My Cool’ and rocker ‘Giant Tortoise’, and it is unsurprising that these are the tracks the crowd respond most enthusiastically to. The band are demonstrably at ease with themselves and with performing, interspersing the music with various asides. Allbrook insists on keeping his furry hat on “to keep the ideas in my head…but it is fucking hot”, before eventually removing it to reveal a sweated brow.

Considering the nature of Pond’s music it is surprising that they don’t have more of a sensational light show, such as that harnessed by Of Montreal. It is even more surprising that neither ‘Moth Wings’, ‘Zond’ nor ‘Cloud City’ get an airing despite their popularity. The crowd care not, however, as a joyful stagedive during the encore of ‘Man, It Feels Like Space Again’ attests.

Ryan points out that this is the final leg of their UK tour – “the Empire is no longer in our sights” – and Watson leads the crowd in a singalong of ‘Happy Birthday’ to the sound engineer, explaining that the “cats in our throats” are due to the hedonistic excesses of the night before. It is understandable, therefore, that Pond are below par in terms of energy for this gig. Nevertheless, they still sound fantastic.