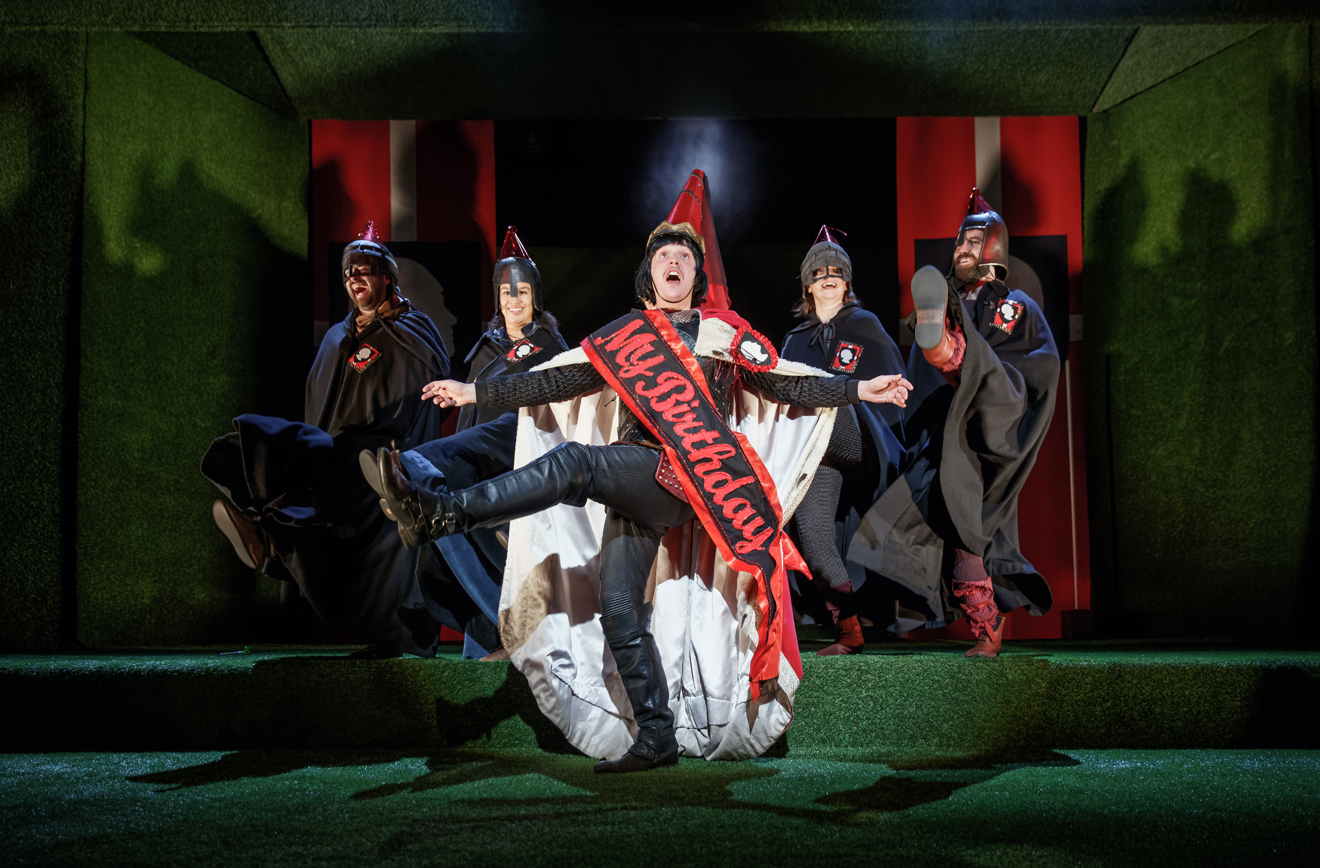 Schoolboy and Robin Hood fanatic JJ Wilson has slipped through a gap in the time-space continuum. While nerding out over an ancient book in the Wordsworth School library, he has been thrown back into the dark ages. He lands in Sherwood Forest – literally falling from the sky into the woods, a body comically and dramatically dropping from the rafters onto the stage at Bristol Old Vic in an early sign that this is going to be an imaginative and entertaining retelling of the old classic tale of Robin Hood and his Merry Crew.

Only…things aren’t quite right in this fantastical world. When superfan JJ eventually manages to find an elusive Robin (Kerry Lovell), he turns out to be a she, a fact lost through time. “I’m so sorry for the patriarchy,” JJ explains, before attempting to lure Robin out of swashbuckling retirement to take on the evil Sheriff of Nottingham one last time. What follows is a roaring crossover between the traditional tale and a kind of Ocean’s Eleven-style heist as Robin gets the old gang back together – drunk Friar Tuck (Jesse Meadows), master stonemason Will Scarlet and supreme strongwoman ‘Mad Dog’ Marian (Katja Quist) – to relieve the Sheriff of his ill-gotten riches.

It’s all great fun, with co-directors Tom Brennan and Helena Middleton from the Wardrobe Ensemble bringing the now-expected levels of silliness and eccentricity. A piece of tupperware is worshipped, Bryan Adams is lampooned and the Merry Crew attempt to escape the clutches of the Sheriff by performing in a dance-off contest. There is an excellent balance struck between comedy and action, with swordfights aplenty and jokes perfectly aimed at both adults and children, and a good amount of audience participation. 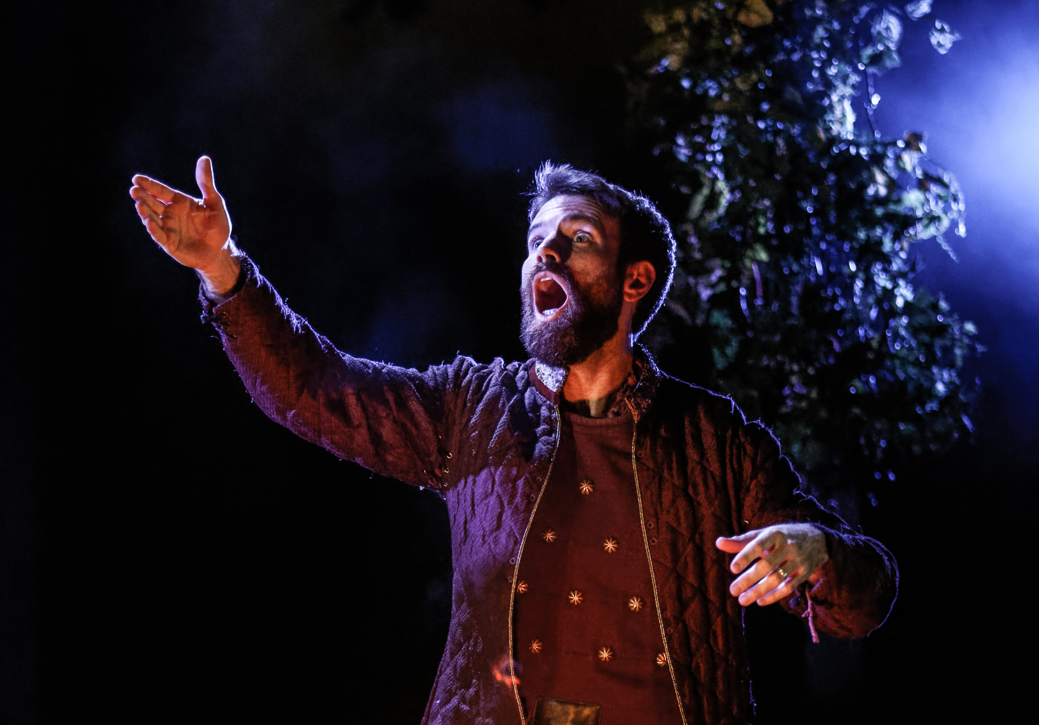 The cast are superb across the board. Dorian Simpson brings a boyish charm to JJ, at times shy and nervous, at others excitable and keen for adventure. The main comedic thrust comes from Tom England as Will Scarlet, a Merry Crew mainstay-turned-effeminate stay at home dad heavily involved in the PTA, and James Newton as the Sheriff, who walks the fine line between dastardliness and laughable ridiculousness with a swagger. He introduces himself by almost literally blowing his own trumpet, pronounces words like ‘celebration’ and ‘execution’ with great hilarity, and stares into a mirror admiring his own bad hairdo.

Robin Hood and the Legend of the Forgotten Forest is a Christmas show that uses all the classic panto themes – unexpected gender roles, rip-roaring music (composed by Tom Crosley-Thorne) and a battle between good and comically-inept evil – but resists the easy incursion of kitsch that so often plagues more traditional shows. This is thanks to a consistently funny and off-kilter script, fantastic performances and high production values. If you’re going to see one Christmas show this year, this should probably be it.