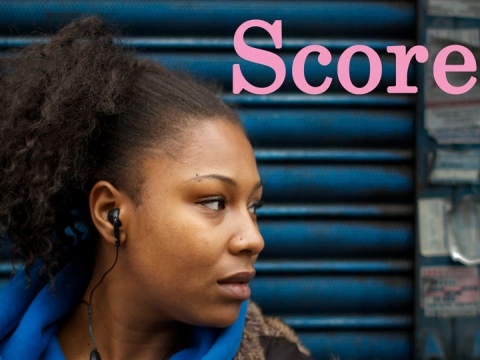 With a belly full of Easter eggs, and the associated remorse in tow, an evening with Heroin addicted teen mums isn’t the most obvious choice for a speedy recovery.

But despite such first world misgivings it is in fact very hard to fault this superb play in anyway. With its fine cast, well researched script, brilliant direction and perfect lighting/sound there are very few blemishes.

We start, unsurprisingly, at the beginning. Two wide-eyed, school yard friends, drawn together by a love of singing, innocently listing their hopes and dreams before seamlessly morphing through a plethora of worm holes into a number of not too distant futures thrown into chaos by children, drugs and deceit.

From the delivery room, to the sky-rise estate, we are dragged kicking and screaming through prison, child contact centres, drug rehabilitation units and more technical lingo than one would come across in a year of reading nothing but psychology text books.

Street slang like “gouching” and “pin” sit in oddly close proximity with more procedural terms like “recovery plan” or “multidimensional family therapy” and give our protagonists both believable street cred and yet the perplexing aura of medical experts at the very same time.

Faced with this wall of jargon and statistics the conventional wisdom is often to dehumanise drug users as work-shy scum, who having “brought this on themselves” are not even worthy of our pity. What Score skilfully shows us though is that while these are undoubtedly flawed and troubled people (often in complete and utter denial), they are more often than not victims of their circumstances, and still people with the same hopes and dreams as anyone, and not simply numbers for angry Daily Mail readers to write off over breakfast.

Actresses Kathleen Fitzpatrick Milton (the easily led Hannah) and Lara Simpson (her short-tempered friend Kirsty) are persuasive and believable, delivering their lines and lyrics with complimentary harmonies, great comedy timing and conveying a genuine love and affection for each other that endures throughout their relationship, despite its often fraught and fractured nature. Tears are heart wrenchingly delivered but acerbically witty lines and moments of melodic escapism, that remind us of their essential humanity, constantly burst such despair.

The authenticity of Lucy Bells compelling script is no doubt built upon the candid and comical accounts provided by parents using Bournemouth drug treatment service who helped guide the creative process. Their gallows humour certainly shines through and brings great levity and also a truthful realism to an incredibly complex and conflicting subject.

The backdrop to all this folly is a simple one consisting of scrawled childlike images on the wall that recall any crèche or playgroup reception etc. Lighting again is sparse but highly effective and the sound although limited is used to perfection, a real credit to Owain Davies, Lizzie French and all the production team at Documental.

Entertaining and edifying Score allows you much deeper into the often-typecast world of the “users”. With its mix of comedy and graphic realism we are allowed to glimpse, even for a short time, this brutal yet touching existence as a much-maligned section of society tell their story, as they see it.

Score plays at the Wardrobe Theatre until Fri 10th April before moving onto London and the Camden’s People’s Theatre. To get tickets and learn more click here.