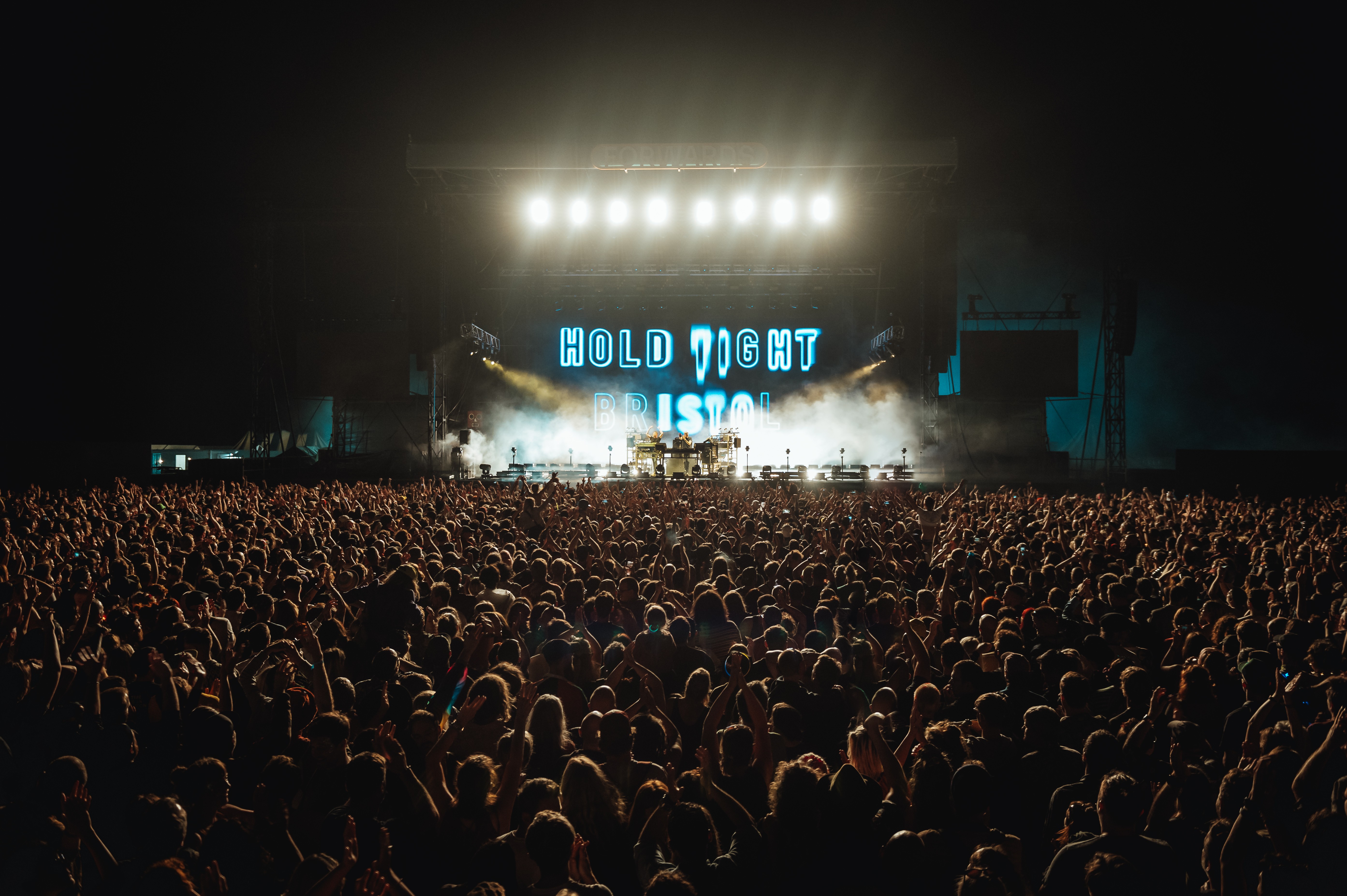 After a frantic day of fun on Saturday, Forwards Festival has a lot to live up to on its second and final day.

From the outset though it’s clear that any fears are misplaced as the pace and quality continues, regardless of the threat posed by the ominous spectre of work or school the next day.

The euphoria starts to rise with Self Esteem’s set on the main stage. Backed by maroon clad, beret wearing backing singers there is a joyous symbiotic connection between Rebecca Lucy Taylor and her audience. Her sound feels at home in this arena and songs like I’m Fine & Fucking Wizardry, with all their brilliant honesty, speak of how she is and will continue to be a feature at events such as this for many years to come.

With a lineup packed to the brim set times are purposefully kind to those wanting to catch as much as possible from all the excellent artists and talks on offer across the venues today and it certainly gives a relaxed feel to proceedings. The need for a sweaty and sweary 35 min slog across site to the next circled artist on your lineup is a distant memory here. 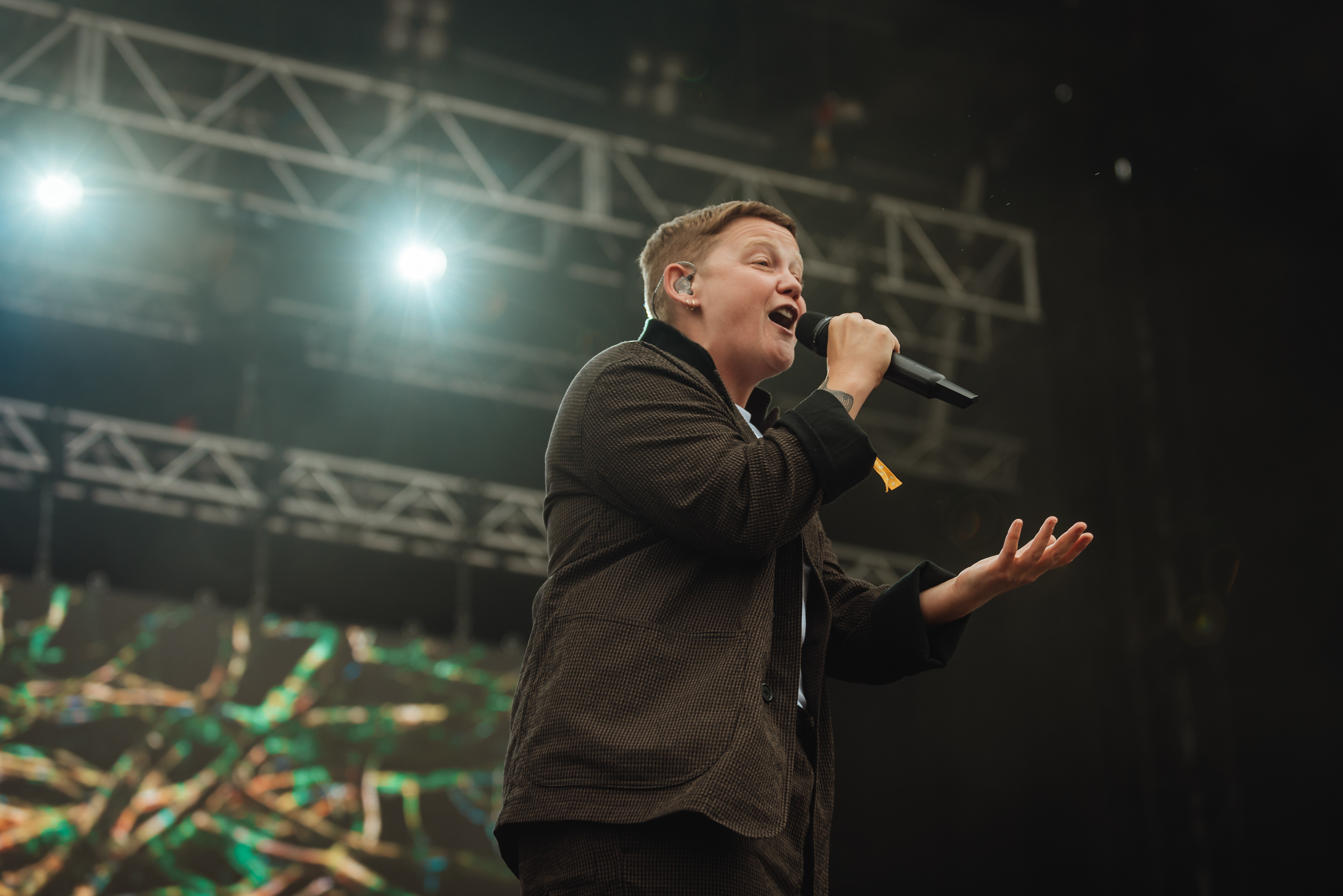 Following their glorious Glastonbury festival performances Kae Tempest attracts a large crowd. In what’s seems to be a trend for the day the crowd’s connection with the artists is palpably intense. Tempests followers’ devotion burns particularly brightly and at times is so emotional that it brings those watching to tears (repeatedly). When they aren’t spitting out lyrics Tempest just seems in awe to all the adulation, with a constant grin all over their face . Maybe the secret, as they note, is Ketamine for Breakfast. Backed again by Hinako Omori on beats this is perfect Sunday fare and closer People Faces remains one of the most emotionally charged ends to any set you will be fortunate to witness anywhere.

A mosh pit soon develops as Sleaford Mods as they are joined on stage by Billy Nomates (who played earlier in the day) as they rattle through Mork n Mindy. It’s a grimy, aggressive slap that wakes up anyone who has any doubts about ploughing on for the duration today.

The effervescent theatricality of Roisin Murphy counters the simplicity of Mods stage setup with a wardrobe that’s almost as impressive as her back catalogue. Murphy spends almost as much time offstage changing costume as she does beguiling the crowd with hit after disco dance-floor filling hit.

For Caribou there are none of the sound issues that plagued some of their set at Glastonbury earlier this summer as the sadly not prophetic Sun ring out over the Downs.
Unfortunately for them the crowd does begin to thin a little as people make their bid for good positioning over on the main stage for headliners Chemical Brothers but Dan Snaith and crew are unaffected as they bash out classics such as the Never Come Back and Cant Do Without You.

For over three decades The Chemical Brothers have been wowing crowds with their stellar audio and visual delights. Indeed few are better at engaging the eyes of their audience as much as their ears than the Ed Simons and Tom Rowlands. After easing us in with an A Capella version of Come With Us they power into Block Rocking Beats and the mayhem begins. Their set seamlessly combines their entire back catalogue, drawing in everything from Chemical Beats to the omnipresent Go and the truly timeless Hey Boy, Hey Girl. With such a wealth of songs to draw upon it must be hard to choose what doesn’t make the cut each night.
Giant Robots stalk the stage and florescent drummer boys fill their digital back drop as lasers cut through the damp night air. Wrapping up the whole event with Swoon & Galvanise the crowds dissipate happily into the Bristol night just as a downpour threatens to put a dampener on proceedings.

Regardless of the last minute tempest it’s a blissful end to an emotional day and one Bristol hopes to repeat next year.