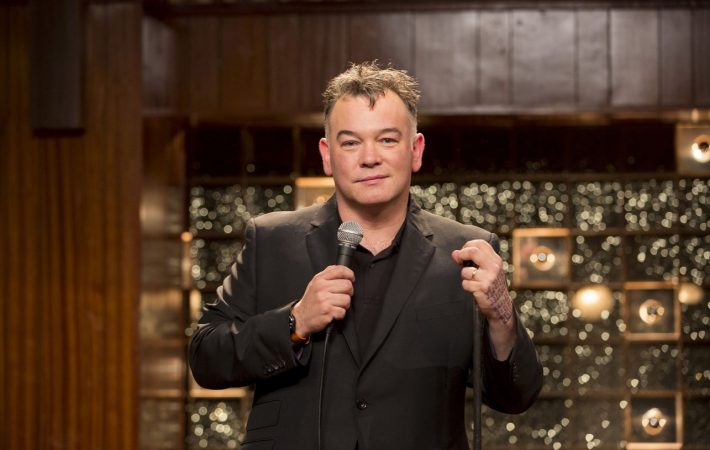 The mighty Bristol Comedy Garden is back and newly expanded with over 40 of today’s finest comedians making their way to Queen Square to deliver six nights of laughter at the South West’s brightest comedy festival.

The opening night featured a stellar line up of Josie Long, James Acaster, Tony Law and Stewart Lee – here’s how it all panned out: 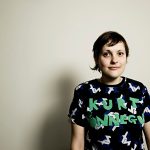 “This is literally the worst week we’ve ever had…how are you?” With the outcome of the EU referendum very much at the forefront, Josie Long delivers in an effortlessly anecdotal compere role in which she skilfully maintains both her elfin benevolence and her utter distain for those who opted to Leave. She states that the outcome of the vote has made her suspicious of “anyone over forty” and incites preparatory cheers ahead of each act by reporting on the imagined misfortunes of the Brexit camp (“Nigel Farage has just fallen down a well.”)

After conceding that “clapping in agreement isn’t the same as laughing,” Long departs from politics to offer a sharp observation on her own suitability for ageing (34 is not exactly “on brand” for her and she once made for “a great 25 year old”), describes how she’s too nice to play pranks and how achieving true fame would soon disclose her tendency to “get off with nectarines.” Elsewhere she equates the price of housing with those of a WHSmith at major train stations, imagines her beloved London turning into one big Jamie’s Italian and closes the night with an impassioned, referendum inspired speech on togetherness. 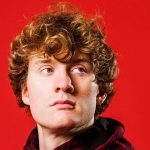 With his dead pan delivery and slightly off-kilter perspective, James Acaster gets in on the act by offering up a smattering of referendum material within a fine set of absurdist observations and daft whimsy. He brilliantly mocks those who complain about foreign aid by acknowledging the lack of water wells in Britain (Kenyans merely need to walk many miles, Brits would probably have to walk to Kenya), ponders on the indulgent comforts of the “sulk fortress” and prefers the New Zealand “boil the jug” over the “phonetically aggressive” British-ism of “put the kettle on.”

Acaster uses the context of a single robbed individual asking whether he can have his possessions back in an inspired routine about the Elgin Marbles and the entitlement of the British Empire (“No, we’re still looking at it”), offers up an amusing synonym for curly fries (“permed waffles”) and sums up his thoughts on the EU referendum by offering a delightfully prosaic analogy about the life-span of a tea-bag. 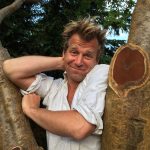 Utilising the rasping, exaggerated form of his Canadian accent, Tony Law’s highly abstract and tangential style is seemingly perfectly aligned with his closing remark that this is “fun with mental illness.” Clad in a grey flight suit and with a stuffed rabbit strapped to his left shin, Law’s enthusiastically received set is testament to how an audience, in lieu of any quality material, can occasionally be won over by mere volume and wackiness.

Weaving in and out of a surreal narrative involving his discovering inside a bucket of “a bear with lizard skin” who became his manager on a trampoline tour in the 1970s, Law’s rapid-fire set takes in a myriad of random digressions: aeroplane impressions, a story about eating ice-cream off a comb and his play dumb assertion that the “sun is the greatest source of heat we have.”  Law carries a pad of notes to which he sometimes refers but this is ostensibly a lampooning of his free-wheeling and apparently largely ad-libbed style. Law occasionally breaks away from his surrealist rantings to deconstruct his responses (“That’s a bit hit and miss”) and gratuitously crowbars in the occasional Brexit reference.

Performing material quickly written in response to the referendum, Stewart Lee’s performance is effectively a work-in-progress show ahead of this summer’s Edinburgh Festival. Though unpolished (Lee reads from sheets of paper for close to half the set), it’s a small price to pay to hear a completely fresh and topical set from one of the country’s premier comedians. Lee describes Bristol and other Remain majority places as like “fantasy strongholds on a Tolkien-esque map” and, before a brilliantly tortured stretching of the initial analogy, equates Britain’s vote to leave with defecating in your own hotel bed as a complaint against bad service.

Other targets include Game of Thrones (its blend of fantasy adventure and sex equated as “Bilbo Baggins at Spearmint Rhino”), a Trip Advisor user who complained about the “limited appeal” of The Doctor Who Experience offered  and yet another swipe at the (a)political interventions of Russell Brand. Lee fluffs a ‘pull back and reveal’ by mentioning too early that his scenario was taking place on a bus (though this could be a characteristic piece of meta-comedy) and there’s a strong routine about bondage sex in the 1930s.